Remember the sketch show? On mid 90s British TV, you couldn’t move without hitting one: The Fast Show, The Smell Of Reeves and Mortimer, Punt and Dennis, Armstrong and Miller, Harry Enfield and Chums. The death knell was efficiently sounded by Catherine Tate and Little Britain, but in America, a country still in thrall to Saturday Night Live, the format never had a death rattle along the lines of David Walliams in drag projectile vomiting over patrons at a garden fete. 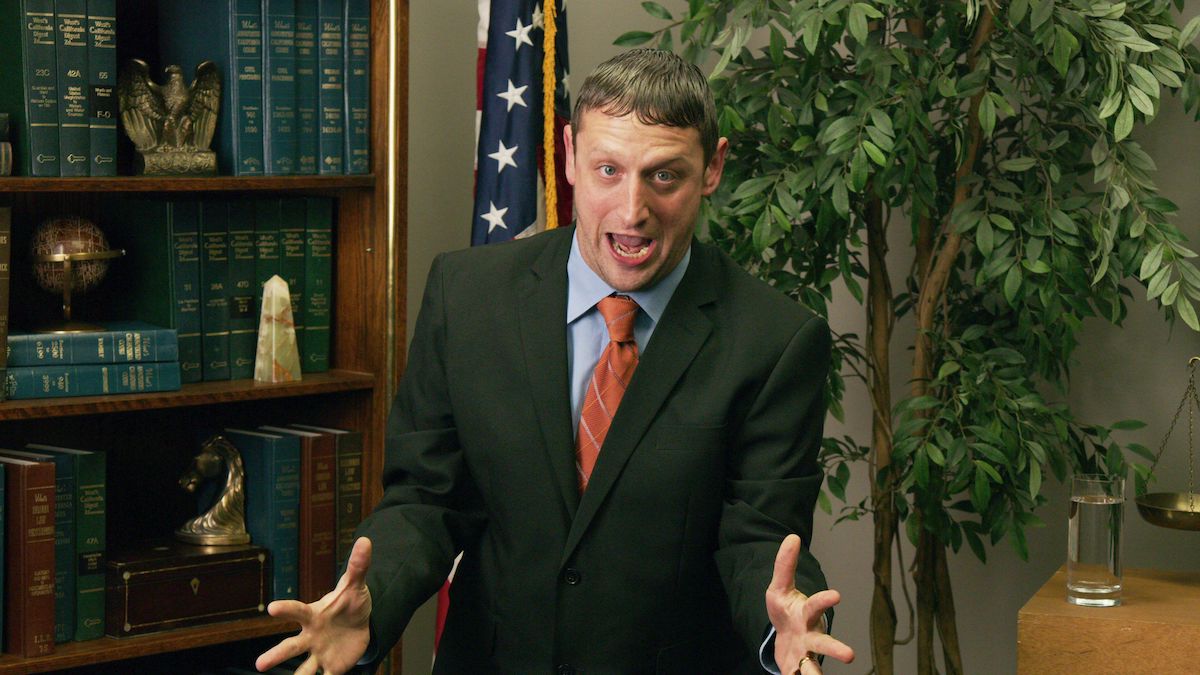 Tim Robinson is a former SNL cast member and writer and star of the gone-too-soon Detroiters. Suffice to say, most of what he tries out in his six-episode Netflix series I Think You Should Leave probably wouldn’t have flown on SNL. This is sketch comedy pushed to its most insane conclusion, each sketch starting with some semblance of normality before going further and further into Tim Robinson’s realm of surreal hilarity. It’s a panic attack, a rage virus, a manic episode and a game of chicken all rolled up into one crazy package. 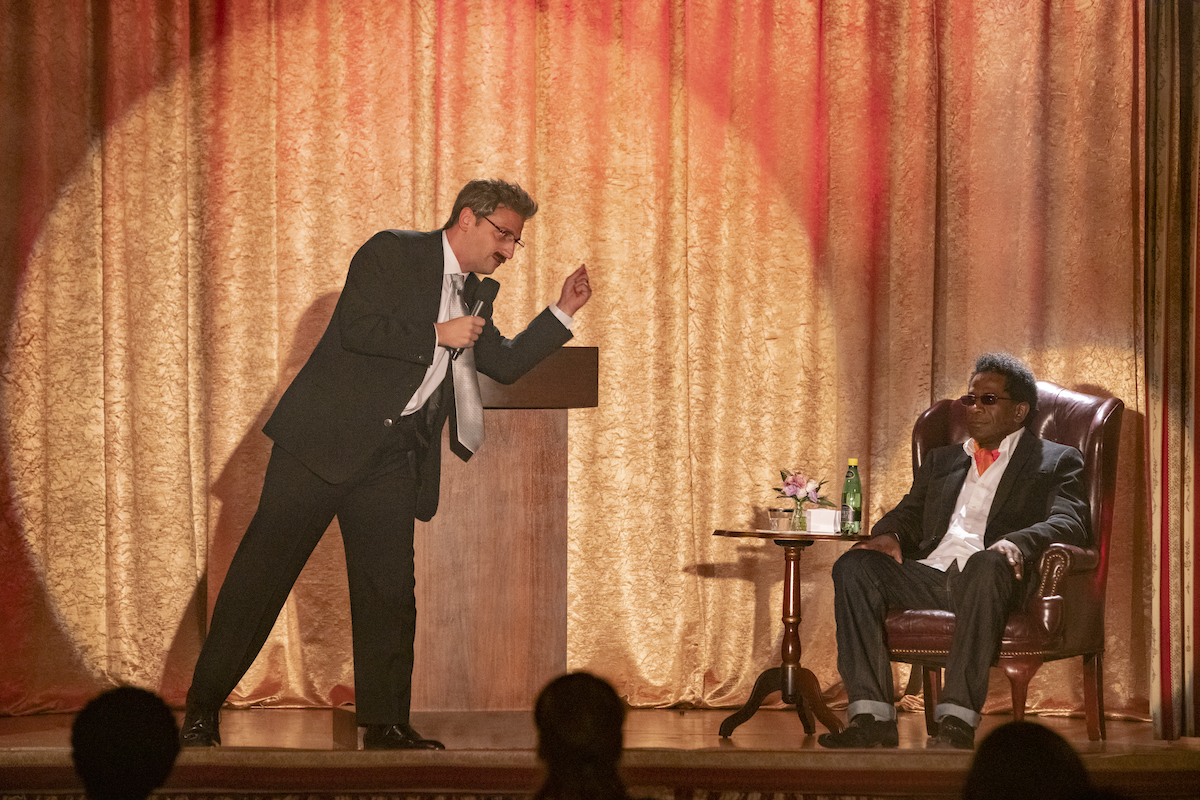 From the off, it’s pretty clear that this is going to get weird. The first sketch involves Robinson trying to leave a job interview but refusing to accept that the door should be pushed rather than pulled. There’s a point where most comedians would hit the punchline and walk away, but not Robinson. The bead of drool that runs down his chin as he psychotically hauls the door towards him is terrifying and hilarious all at once. 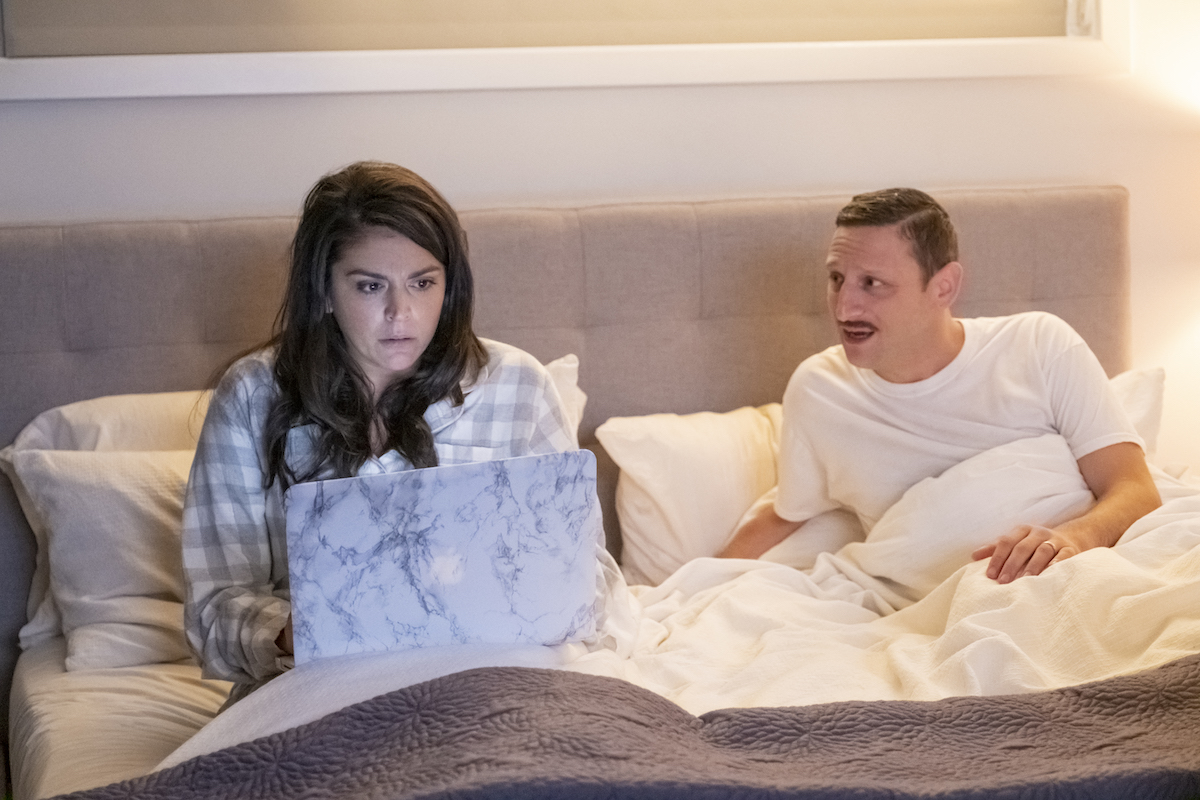 Next up comes a standard late-night “injury lawyers for you” type ad, but the situation described becomes more and more ludicrously specific until it’s impossible to be sure what’s normal anymore. A Baby Of The Year contest gets out of hand (including oral sex between parents and judges, an attempt on one baby’s life and an in memoriam section that gets uncomfortably graphic) and an attempt at captioning an Instagram post goes to dark, dark places. And then Robinson hits his bizzaro peak.

We all know that social niceties are the fragile borders between a pleasant co-existence and complete anarchy. We’ve all pretended to like an unspeakably shit gift, but Robinson’s probing at the pretence keeps going further and further and getting weirder and weirder until suddenly we’re dealing with wiping asses with too small a piece of toilet paper, controlled tests for contamination and an emergency trip to A&E.

All that happens in 17 minutes. Each episode crams so much weirdness in that some sketches don’t even seem to properly end, as if Robinson just got bored and moved on to the next joke. Episode two hits another high point with Will Forte at his creepy best in a sketch that starts odd and keeps progressively getting creepier until hitting an apex that borders on sheer genius.

This won’t be to everyone’s taste. But if you get joy from watching something teeter on the edge of the mountain and then sprout wings, if you crave something that reaches the outermost limits and passes right on through, you’ll love every second of I Think You Should Leave.