The countdown is on to tonight’s 76th Golden Globes Awards (starting at 1am GMT, for the night owls among us), so we’re taking a moment to go through the big TV categories and assess who deserves to win, who will most likely win and who should feel a little bit aggrieved to be watching at home. Tune back in tomorrow to get our lowdown on the winners and losers.

BEST TV SERIES – DRAMA
The Americans
Bodyguard
Homecoming
Killing Eve
Pose
Who will win: This looks like a three-horse-race between The Americans, Killing Eve and Homecoming. The bookies are leaning overwhelmingly in favour of Killing Eve, but The Americans could be the wild card here.
Who should win: The fact that The Americans called it a day this year (and has never won before) would suggest that this could be its year. Honestly, the other four aren’t even in the same league (although Homecoming has the potential) so it would be something of an outrage if it didn’t win.
Who missed out: Both Better Call Saul and Collateral would have made this a much stronger category.

BEST ACTRESS, TV SERIES – DRAMA
Caitrona Balfe, Outlander
Elisabeth Moss, The Handmaid’s Tale
Sandra Oh, Killing Eve
Julia Roberts, Homecoming
Keri Russell, The Americans
Who will win: In terms of buzz, you’d have to think this is between Sandra Oh and Julia Roberts, with the latter’s star power probably giving her the edge.
Who should win: It’s unthinkable that Keri Russell could walk away from The Americans without winning a single award for it. This is your chance to do the right thing HFPA.
Who missed out: It’s hard to shake the feeling that Jody Comer would have been the more deserving nominee for Killing Eve. 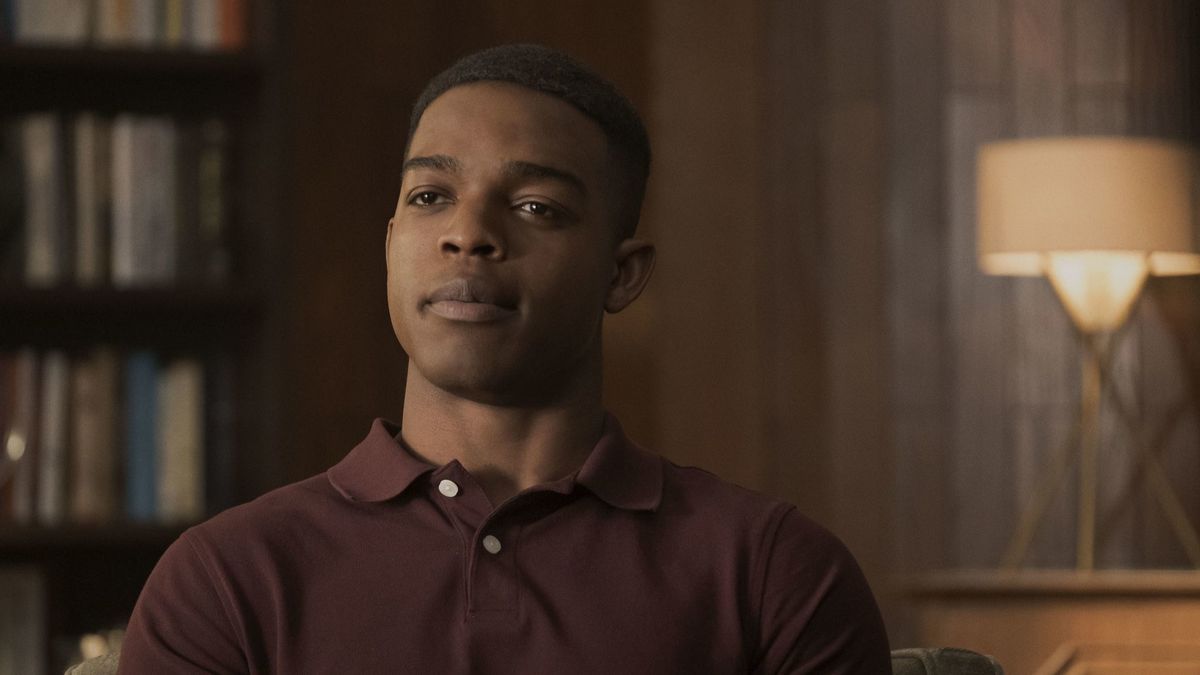 BEST ACTOR, TV SERIES – DRAMA
Jason Bateman, Ozark
Stephan James, Homecoming
Richard Madden, Bodyguard
Billy Porter, Pose
Matthew Rhys, The Americans
Who will win: The Americans has been largely overlooked for its whole run, but that all changed at the Emmys when Rhys walked off with the gong. Expect him to do the same here.
Who should win: Matthew Rhys, all day long. Stephan James looks to be his stiffest competition.
Who missed out: If I was Bob Odenkirk, this would be a grudge I’d hold for a long, long time.

BEST TV SERIES – COMEDY
Barry
The Good Place
Kidding
The Kominsky Method
The Marvellous Mrs. Maisel
Who will win: Can anything stand up to the overwhelming force of Midge Maisel? Probably not, but Barry’s Emmy win and The Good Place’s legions of fans give them the tiniest outside chance.
Who should win: As much as I love Maisel, the hype has overtaken it a tad. It doesn’t stand a chance, but no other show made me laugh and cry this year as much as Kidding.
Who missed out: Hello HFPA, FX would like a word about Baskets, Atlanta and Better Things. 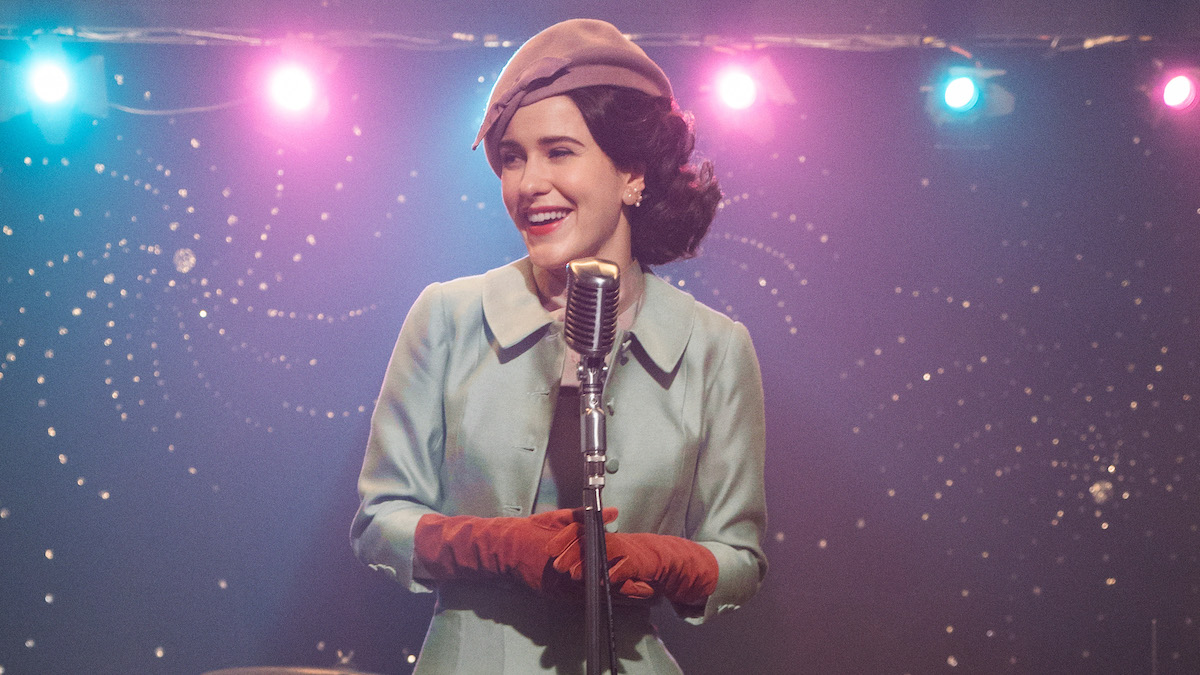 BEST ACTRESS, TV SERIES – COMEDY
Kristen Bell, The Good Place
Candice Bergen, Murphy Brown
Alison Brie, GLOW
Rachel Brosnahan, The Marvellous Mrs. Maisel
Debra Messing, Will & Grace
Who will win: Brosnahan’s probably already got a space cleared on her mantelpiece.
Who should win: Brosnahan. Even when Maisel wobbles, she’s a force of nature.
Who missed out: The HFPA’s backwards-looking nominations for Bergen and Messing came at the expense of far more deserving nominees such as Issa Rae (Insecure) and Maya Rudolph (Forever).

BEST ACTOR, TV SERIES – COMEDY
Sacha Baron Cohen, Who Is America
Jim Carrey, Kidding
Michael Douglas, The Kominsky Method
Donald Glover, Atlanta
Bill Hader, Barry
Who will win: Hader. He took the Emmy in this category for his excellent performance in Barry and should repeat that feat here. Interestingly, the only two major awards of Jim Carrey’s career were both Golden Globes (for The Truman Show and Man On The Moon), so he’s definitely in with a shot.
Who should win: Carrey’s performance in Kidding is his best yet so it’s hard to root against him.
Who missed out: William Jackson Harper is consistently one of the best things about The Good Place, while Bryan Tyree Henry delivered a powerfully understated performance in Atlanta and probably should have taken Donald Glover’s spot. 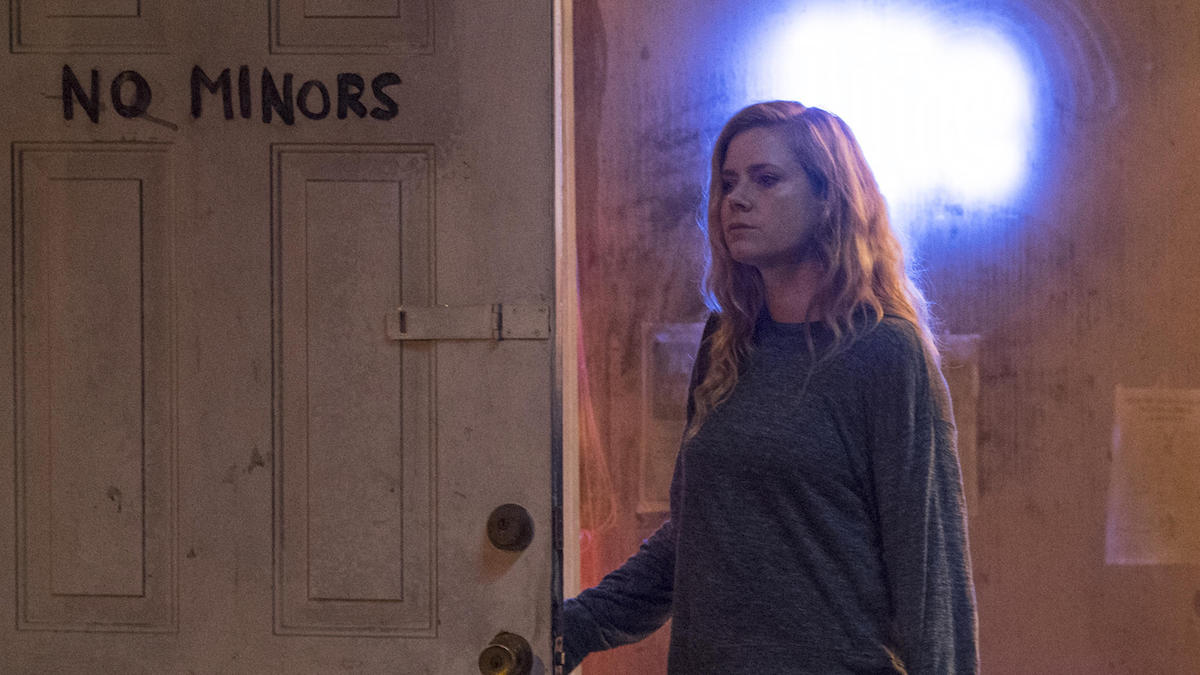 BEST LIMITED SERIES OR TV MOVIE
The Alienist
The Assassination of Gianni Versace: American Crime Story
Escape at Dannemora
Sharp Objects
A Very English Scandal
Who will win: Versace has the momentum and should edge out the critically adored Sharp Objects. A Very English Scandal is probably just a bit too English a scandal to win here.
Who should win: Sharp Objects has stayed with me more than any other TV show this year and easily has the beating of anything else here.
Who missed out: We’ve taken every opportunity possible to shower love and affection on The Terror, but we’re starting to think that the HFPA doesn’t read Hot Corn.

BEST ACTRESS – LIMITED SERIES OR TV MOVIE
Amy Adams, Sharp Objects
Patricia Arquette, Escape at Dannemora
Connie Britton, Dirty John
Laura Dern, The Tale
Regina King, Seven Seconds
Who will win: It’s impossible to think of anyone other than Amy Adams winning this.
Who should win: See above.
Who missed out: The more we think about Emma Stone not getting a nomination for Maniac, the more strange and confusing this world seems. 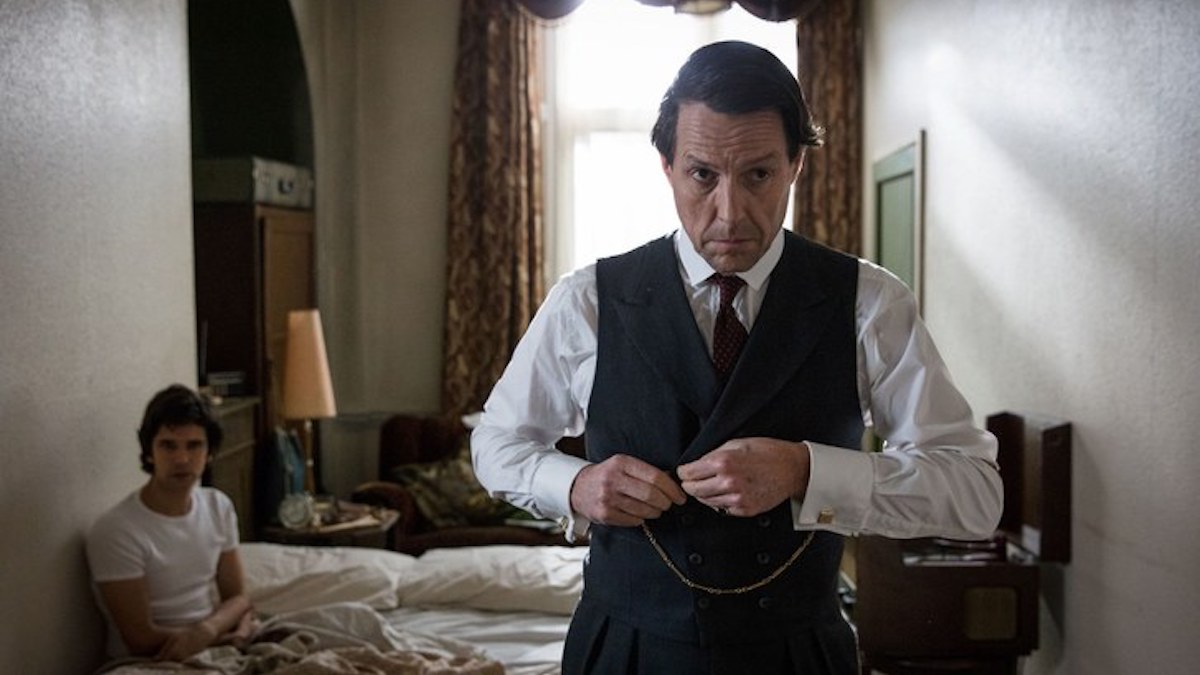 BEST ACTOR – LIMITED SERIES OR TV MOVIE
Antonio Banderas, Genius: Picasso
Daniel Bruhl, The Alienist
Darren Criss, The Assassination of Gianni Versace: American Crime Story
Benedict Cumberbatch, Patrick Melrose
Hugh Grant, A Very English Scandal
Who will win: Hugh Grant faces a tough young challenger in the shape of Darren Criss, but Grant’s had a formidable year (between Scandal and Paddington 2) and that, along with his truly magnetic performance, should carry him through.
Who should win: Hugh Grant, for all the reasons listed above.
Who missed out: At the risk of sounding like we own shares in The Terror, Jared Harris should definitely have been here.

BEST SUPPORTING ACTOR – TV SERIES, LIMITED SERIES, OR TV MOVIE
Alan Arkin, The Kominsky Method
Kieran Culkin, Succession
Edgar Ramirez, The Assassination of Gianni Versace: American Crime Story
Ben Whishaw, A Very English Scandal
Henry Winkler, Barry
Who will win: Winkler has everything going for him here and looks unassailable.
Who should win: Kieran Culkin is utterly brilliant in Succession and we’d be rooting for him against anyone other than Henry Winkler.
Who missed out: Too many to mention them all, but Ted Danson (The Good Place), Justin Theroux (Maniac), Frank Langella (Kidding and The Americans) and Noah Emmerich (The Americans) should all be on this list. 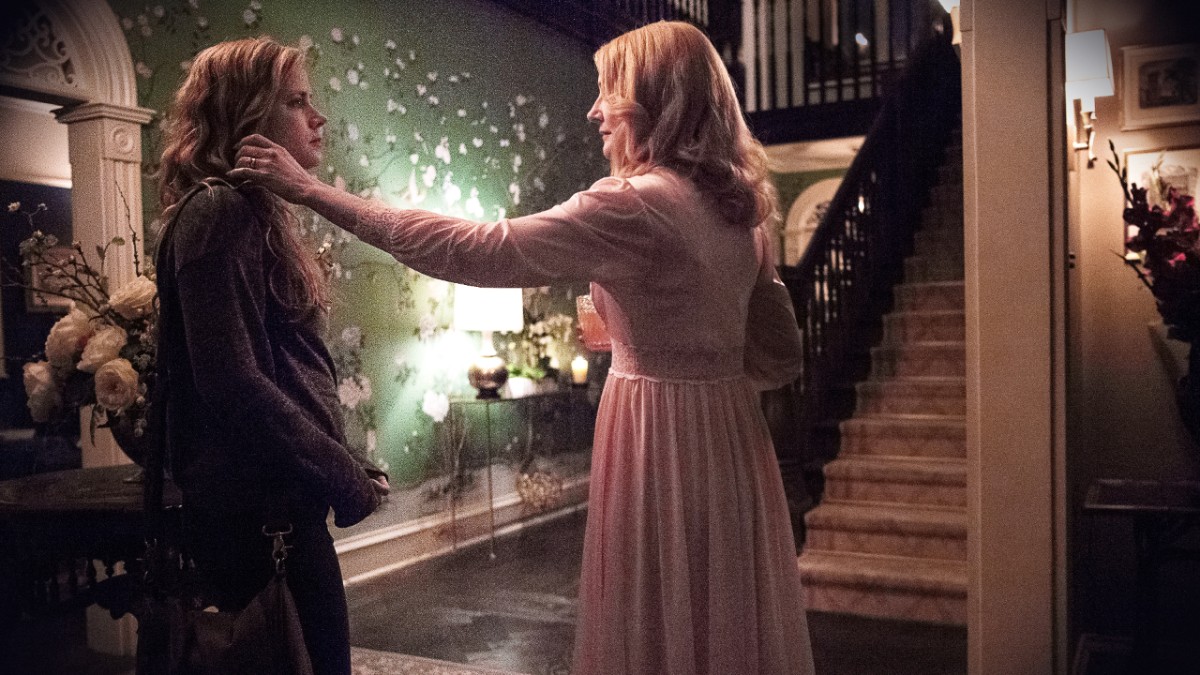 BEST SUPPORTING ACTRESS – TV SERIES, LIMITED SERIES, OR TV MOVIE
Alex Borstein, The Marvellous Mrs. Maisel
Patricia Clarkson, Sharp Objects
Penélope Cruz, The Assassination of Gianni Versace: American Crime Story
Thandie Newton, Westworld
Yvonne Strahovski, The Handmaid’s Tale
Who will win: Maisel’s run would continue unabated here, were it not for Patricia Clarkson. It’s hard to pick between them, but I’d say Clarkson will edge it.
Who should win: Patricia Clarkson. She’s utterly terrifying as the distorted matriarch in Sharp Objects.
Who missed out: We’ve another long list for this one, but top of that list in massive letters is Rhea Seehorn (Better Call Saul).