LONDON – It often feels like there’s a slump post-awards season, the biggest and best films are out the way and we have to wait until the festival circuit is fully underway before we get the next batch of wonderful new releases. But this week’s exciting range of releases goes some way in dispelling that notion, for there’s a host of films that are worth your time and money. And our favourite of the lot is Céline Sciamma’s Portrait of a Lady on Fire.

Portrait of a Lady on Fire is a beautifully rendered period drama set on a remote island in Brittany at the end of the eighteenth century, where Marianne (Noémie Merlant) is hired to paint a wedding portrait of Héloise (Adéle Haenel), only for the pair to fall hopelessly in love with one another. Sciamma’s screenplay is nothing short of astonishing, it’s so subtle and clever that it’s hard to believe this tale has been spawned from her mind and isn’t an adaptation of a famous piece of literature. The central performances are striking, and the chemistry is palpable, as Portrait of a Lady on Fire moves and compels anyone who encounters it.

Another excellent film out this week is The Invisible Man, though this one is an adaptation of an iconic piece of writing, as Leigh Whannell, alongside producer Jason Blum, give this H.G. Wells tale an updated place in the cinematic cannon. Elisabeth Moss plays the lead role, who had been tormented by a psychologically abusive partner, though when she escapes from his clutches, he commits suicide. But she remains haunted by him, and while others around her believe this to be in her head, she remains adamant that he faked his death and has somehow found a way to make himself invisible. This horror movie relies on the tropes of the genre, with several scares along the way, but is grounded by its commitment to humanity, as the themes tackled are very real, and this combination makes for one of the best horror movies you’re likely to see this year.

Justin Kurzel also returns this week, and following a somewhat disappointing deviation into Hollywood, with the immensely disappointing Assassin’s Creed, he’s now back on home soil, with True History of the Kelly Gang, harking back to his film Snowtown, which gained huge critical acclaim. This tells the remarkable tale of Ned Kelly (George MacKay), a bushranger who leads his merry gang of fugitives as they flee from law enforcement and cause much havoc along the way. The cast are superb, with supporting turns for the likes of Essie Davis, Nicholas Hoult and Russell Crowe, though where this film suffers, despite such a brilliantly gritty and unique piece of cinema, is in its pacing. We spend far too long in Kelly’s childhood, and just as the film gets truly interesting, we’re already half the way through as you just crave more of the latter, and a more rushed opening act.

Dark Waters is also out this week, though here’s a film that relies on its slow-burning approach, as Tood Haynes’s latest is a film that will make you think twice every time you fry an egg. Mark Ruffalo plays Rob Bilott, a corporate defence attorney who represents the underdogs in society by taking on a chemical company who are polluting the American public. The film is a pensive thriller that keeps bubbling, though while Ruffalo is excellent in the lead role, there is perhaps a lack of closure to this tale, with a somewhat unsatisfying finale, with a pay-off that doesn’t match up to the build-up.

Now for something a little different, as cult-filmmaker Richard Stanley returns from a lengthy hiatus with Color Out of Space, adapting H.P. Lovecraft to make for a hugely memorable, if completely absurd sci-fi. Taking place on a secluded farm, a meteor that brings apocalyptic consequences crashes. Nicolas Cage stars in a film that will appeal to many, and push away others, for it’s a unique slice of contemporary cinema that takes risks and avoids any sense of convention. There’s a strong blend between b-movie style preferences, and a visually striking aesthetic, transpiring in a film you sort of need to see just to know if it’s your cuppa tea, though just be warned, there’s a chance it may not be at all. Finally, Downhill is out this weekend, starring Will Ferrell and Julia Louis-Dreyfus, which sadly we haven’t seen yet, but with those two leading the cast, we can’t help but think we might.

Portrait of a Lady on Fire is out in cinemas now 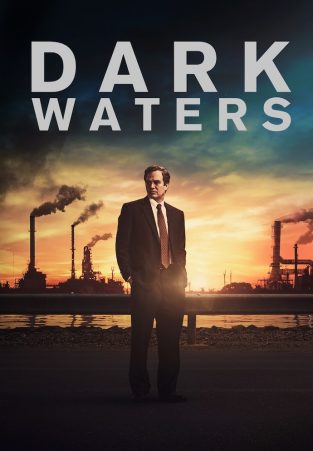