A long row of barriers covers the view of Dolby Theatre. Overnight, a big section of Hollywood Boulevard has been transformed into a construction site with cranes, security officers and traffic wardens keeping at bay crowds of tourists visiting the area everyday. From the 25th of February until the 7th of March, gradually, several more streets will be shut down, as well as the MTA subway station of Hollywood & Highway. It’s that time of the year again: everything must be ready for the night of the Oscars, that are taking place next Sunday and hosted for the second consecutive year by Jimmy Kimmel. 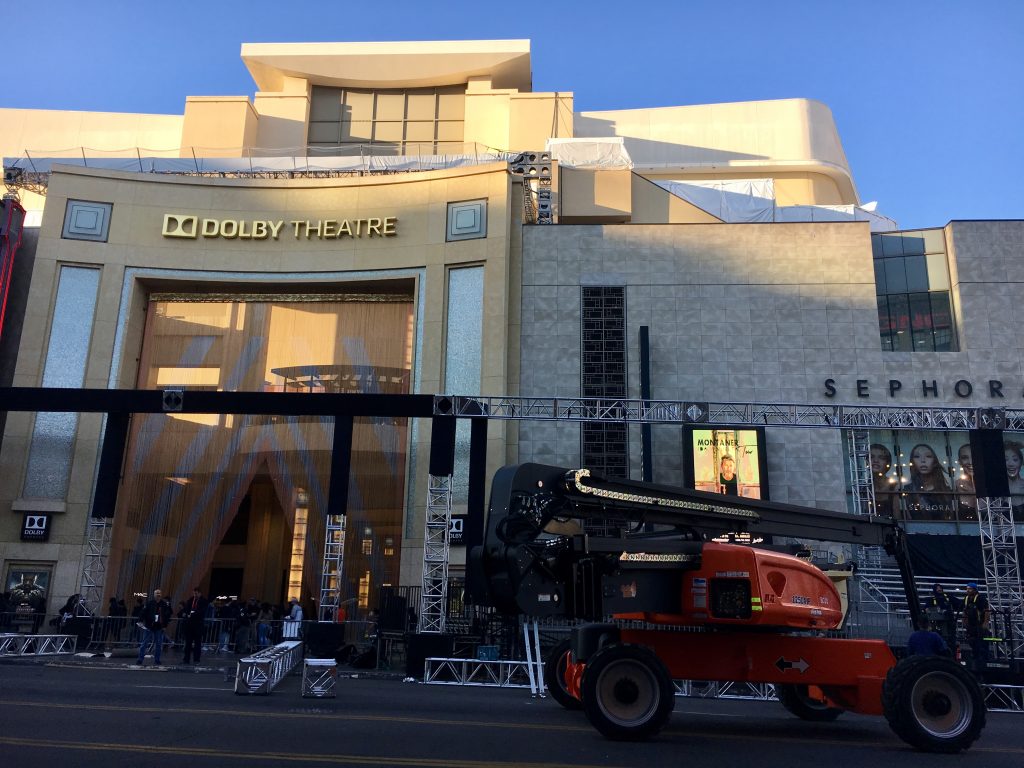 Angelinos are called to take a stand: escape it, if you are a local just trying to get around town in your car, or embrace it, if you are somehow involved in the film industry or a cinema lover. The excitement builds up as we’re strolling down the boulevard and along the walk of fame, observing the construction of press risers, fan bleachers, pre-show stages for the red carpet, surrounded by the many Black Panthers, Wonder Women and Chewbaccas lookalike (people are willing to pay 5$ to take a picture with them). 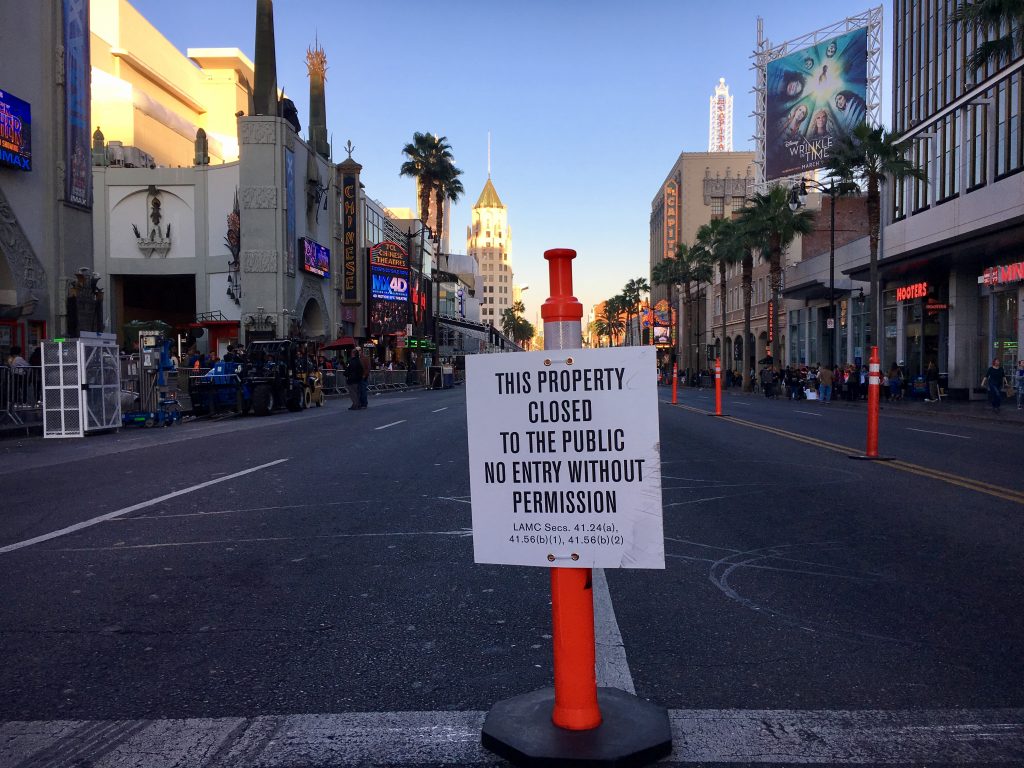 But while this year Golden Globe became a powerful tool of awareness for the Time’s Up movement with actresses wearing mournful black dresses, the lead producers of the Academy Awards are declaring their intention to keep the focus of the ceremony on the actual films and not just on the social issues they might have caused. Producer Jennifer Todd said: «We want to make it as entertaining as possible, reverential and respectful but also fun and emotional. The Oscars should be a spectacle. Fun and funny and great performances». 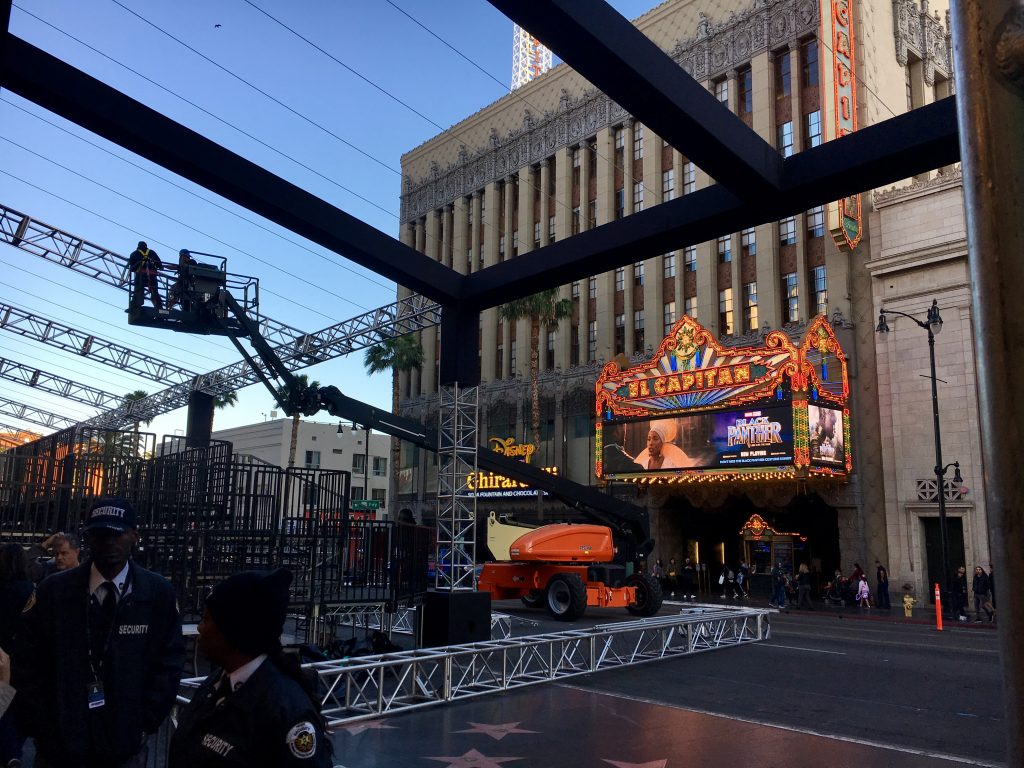 While the Academy said in a statement: «We appreciate the decision to keep the focus on the show and on the great work of this year». Although one could argue how much is it possible to separate a picture from its social relevance during the most critical times Hollywood has ever experienced. In the meantime, one of the Oscars traditions has already been broken with Casey Affleck left out of the ceremony while, as the winning best actor of last year edition, normally he would have had to return and present the best actress award. If he had not been involved in sexual harassment lawsuits in the past. 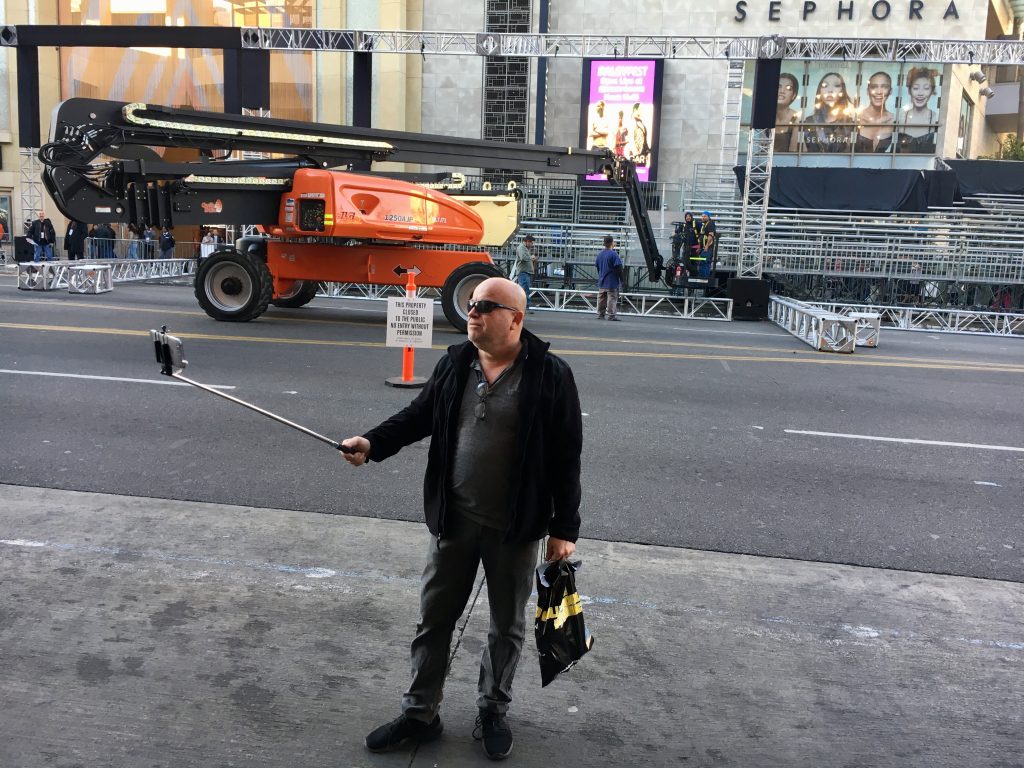 Another change will happen behind the scenes in order to prevent embarrassing blunders like the “envelope accident” of last year, when La La Land was wrongly declared best picture instead of Moonlight. Therefore, rather than just two balloting partners on each side of the stage, there will be a third one in the control room with all the winning envelops at hand and, hopefully, all the winners well impressed on their memory after numerous rehearsals. Finally, if the epic envelope mistake was in fact caused by a selfie with best actress winner Emma Stone, this time there will be a new rule for stage side partners: cellphones and social media will be prohibited during the show. What a privilege, they will be forced to fully live in the moment.