LONDON – Few filmmakers in Europe have challenged themselves as consistently as Swedish auteur Lukas Moodysson; a filmmaker so difficult to second-guess, culminating in a career fronted by eclectic, creative endeavours. It felt somewhat inevitable he’d eventually push himself in a new medium, and he’s done just that with Gosta, his first TV series – produced by HBO, no less.

We had the pleasure of meeting the man himself in London, to run through his latest venture, and look back over his exciting catalogue of productions. But even for such an acclaimed filmmaker, he admits it hasn’t always been easy for him to put ideas down to page. Though he explains to us a new method he tried out, and how it became the genesis for Gösta – about a beleaguered and inherently kind child psychologist.

“For many years I had real difficulties writing, and I didn’t know how to get out of that and I couldn’t write,” he said. “I tried many different strategies, I tried to buy a new pen, and different paper, and eventually I started writing on a typewriter which helped a lot. But there was one other thing, I was trying to find different photographs of different characters and people, and I showed them to my wife who I always work with, and I asked them to point someone out. There were kids, an old man with a beard, characters from different films, and I asked her to tell me who I should write about.”

This was where Gösta came from, a character brought to life in emphatic fashion by Vilhelm Blomgren. He’s something of a rarity on screen because, well, he’s just incredibly nice.

“There’s something about writing about a kind person, and how difficult it is to write about that,” Moodysson explained. “There was some influence from The Idiot by Dostoevsky, who also tries to write about someone who is just nice, and how that collides with the world.”

We asked too if he always wrote down his idea with a pen and a paper. “I stopped writing on a computer because it wasn’t working, but now I write with a pen and paper and a typewriter. I have a lot of typewriters,” he smiled. 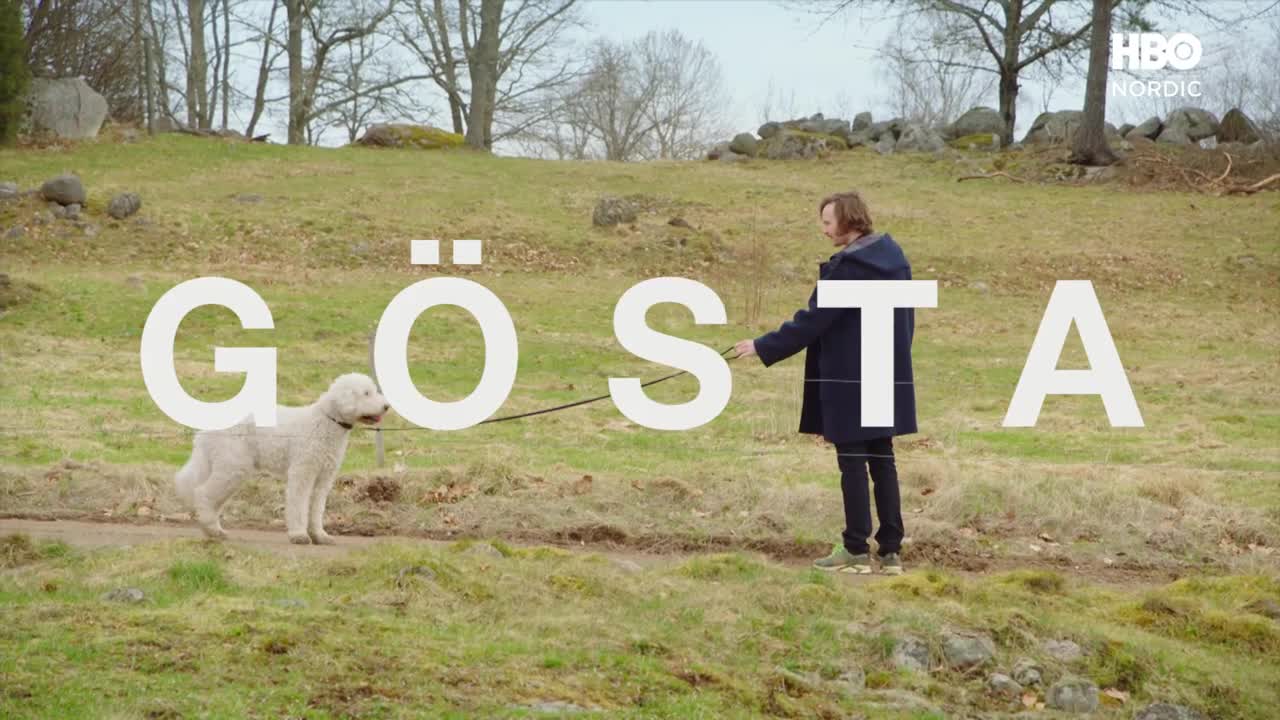 As we both sat, at either end of a comedically large sofa, in a grandiose London hotel, we got onto the subject of human decency, and whether there’s a bit of Gösta in all of us.

“Maybe we do,” he laughed. “Maybe 15 years ago I tried to be a kind person who was always the one to give advice to people, but it didn’t really work out for me. One day I walked past a demonstration for something and I felt that I didn’t really care about what they were protesting against, and that was a fantastic relief. It was such a good feeling not to care about it. But it’s not wrong to be like Gosta, but it can also be a burden and be very difficult.”

We also wanted to know about the casting of the eponymous protagonist, as Moodysson admits he needed an actor as unassuming and good-hearted as the character he would be portraying.

“It was difficult,” he said. “We found a couple of good actors but they were a bit too old so we had a real difficulty putting together the cast. It can be difficult to find male actors between 25-30 years old who were kind and nice. At one point I eve thought we were going to have to change Gösta into a woman. It was just so much easier to find female actors who had some kind of connection to their feelings, and could comfort people. The male actors just weren’t really capable of doing that, and then we found one who could, and it was quite late in the process. Before this he hadn’t done a lot, he had done musicals and had been singing a lot and playing in a band and so on, and he’s a nice guy.”

Naturally, and true of Moodysson’s oeuvre, Gösta is more than just one thing. Similarly to the director’s wonderful coming-of-age drama We Are The Best!, Gösta has a profound and gritty undercurrent to compliment and enrich the narrative. The Swede explains this side of the film is as important as its charm.

“I think Gösta is quite dark,” he said. “One of the best reactions I get is when people have themselves experienced things like mental health problems, not feeling at home in this world, tell me that it was good to see something that reminded them of their own lives that they could laugh about. So I think it is dark. The aim was always to do something that was really dark and really funny at the same time.”

This clearly appealed HBO too, as Moodysson tells us that their enthusiasm for the project was in part what made him so keen to collaborate.

“HBO just liked the script immediately and said that they wanted to do it, it was very easy to start with,” he said. “It’s been a long process but they were fantastic and also really fast. I was impressed by little things. They took the plane to Copenhagen and that kind of thing impressed me, they didn’t ask us to come to London. You come to me, I don’t come to you,” he laughed.

Gsta was met with positive reactions when it played at the London Film Festival last year, but Moodysson himself admits to be somewhat critical of his own work.

“I’m very self-critical,” he sat back and explained. “I would like to stay in the bubble where I feel like it’s the best thing I’ve done, because if I watch it again I would be overwhelmed by self-critical thinking and I would feel like it’s rubbish. Sometimes when we’re editing it and everyone is supposed to watch a version we’ve made, I cheat and say I’ve watched it, but I never watch the whole thing. Never. My producer doesn’t actually know this, but he suspects this! I don’t even read the whole script, I’m just interested in details, I’m never interested in the structure. That’s my weak side as a writer and director.”

Turns out, he doesn’t even spend much time watching other people’s films, never mind his own.

“I don’t think it’s a good idea to not watch movies if you’re a film director, it would probably make my movies better if I did watch films. But I don’t, so. But it’s fun to make TV, and fun to make things that take place for a longer time. Sometimes it feels like cinema is not dead, because that sounds stupid, but it’s an art-form that cannot really reinvent itself. Many more good films will come out, but I don’t see anything that feels completely new. It’s not like we can invent sound films again. But TV series, and things on TV, it fees like a new art-form, and it’s mostly rubbish but there’s also a lot of extremely strange things out there. There are many things to invent.”

Finally we pondered the idea of more Gösta, and whether it would be something the director would be keen to explore further in the future.

“I have this fantasy that I will make a Friends ending, and that has ten seasons. I would like to make it again 15 years from now, see where they are. I love the character, so let’s see,” before he finished by telling us of his desire to continue to push boundaries, even when he’s getting on a bit.

“It would be fun if I became extremely successful in TV and then when I’m 65 I’d make the stupidest, strangest TV series ever made and I would happy, but everyone would hate it.” I very much doubt we would.