Last night a special event took place in London, when the President fo Marvel Studios, Kevin Feige, took part in a lengthy live recording of the Empire podcast, and we were fortunate enough to be in attendance. Marking the home entertainment release of Avengers: Endgame, the producer of the most successful film in the history of cinema spoke to Chris Hewitt and took questions from the lucky audience members, as he discusses his legacy, working with Robert Downey Jr, and that portal scene. Warning: this article contains MAJOR spoilers (though honestly if you haven’t seen this film already, what are you doing?!)

On beating Avatar: I wouldn’t say I was refreshing Box Office Mojo every day. It looked like it was gonna happen. In this business when people try and predict the future they’re always wrong, and the opening weekend was so far above in the States above expectations and I was just hoping we’d do a dollar more than Infinity War, which was the biggest opening of all time. So as long as it was the biggest opening of all time, I’d be happy But to beat it by a hundred million is astounding and you don’t know how to process that. People said we’ve beat Avatar no problem, then 4 weeks later we definitely weren’t beating it, but we had a solid run. Now we say that’s good because at least there will be some point in the process where we can be disappointed. Alas, here we are, and it crossed it which is amazing and astounding for something that so many people worked so hard on for so long. My biggest fear during this process was that Infinity War would do bigger than the first Avengers, that Endgame would do bigger than infinity war, because when you build things up you want them to be well-received and there’s some franchises I wont mention, where the final one doesn’t do as well as the others, and your big finale – tada – flop. So for about four or five years I’ve been worrying about that, and now I don’t have to anymore!

Shooting Tony Stark’s Funeral: People have asked, were they actually all together? For that scene at the funeral, which in the script and on the call-sheets and every bit of paperwork was referred to as the wedding, and I still to this day call it the wedding scene as a codeword. Remember when we released a 10th anniversary photo, it was shot the day before that, and that’s why we did that photo then because we had everybody there. It was astounding having all of those actors there, it was just insane. Because all these cast-members together, tom holland coming up and asking me ‘is that Michelle Pfeiffer, is she in this?’ Gwyneth Paltrow asking why Sam Jackson was there, well, the other actors jumping in saying what are you talking about he’s Nick Fury… you’ve been in movies with him. It was really something special. I know Joe and Anthony talked about this, but I think Downey came by at one point during that day to say hi.

On the multiple endings to character’s journeys: We knew soon after we started building that we’d build it as a finale. As we started to build and the years went by and phase three was coming together, we realised we wanted to do something this genre had not seen very often, where you have characters who in comics never go away, they continue to be reinvented, you don’t get endings you get recasts, which are often great and continue franchises, James Bond is the best example of that, but because we were doing something different and interlocking these stories I thought it would be fun to do something that had never been done before, and have an ending. That meant saying goodbye to certain characters and changing characters in big ways. We were dedicated to it 100%, we never questioned it because this was the whole idea, the whole point of the ending. At the time sometimes we’re influenced by the words of others and sometimes we’re not and stay to course, around the time we started working on this film there was this sense that deaths don’t matter in our movies, like Nick Fury getting shot and killed in Winter Soldier and comes back in the third act, which was awesome, but not a death and people were clamouring for not death necessarily but stakes and real emotion and I remember thinking, be careful what you wish for as we started getting closer to this. We saw Logan like you all did in the theatre we had nothing to do with the making of that film, but what an amazing ending for Hugh as that character. There are only a handful of examples where an actor so associated with a character can go out perfectly, and Logan is the only one that jumps to mind right now, and that’s what we definitely wanted to give Robert, so that’s what our focus was on.

On Robert Downey Jr’s Final Day: I remember pitching that to Robert Downey, probably in December ’15 I think. We have these ideas and they rely on your actors, and in particular in these films, Robert Downey Jr, agreeing to it and wanting to do it. The business aspects of the deals aside, just keeping them relatively interested in it. The first three Iron Man films and even the first Avengers film was part of one contract and that was set basically, then we had the idea for Civil War and I went to go see him in the final week shooting Ultron and pitched him the idea of Civil War, and thankfully he was in to it and his only note was I won’t do a cameo, I want to be a substantial part of it. Soon after that pitching him the idea of a two-part finale for Avengers and Homecoming which was part of it, and it came together, and I think at first it doesn’t seem real, that this journey will come to an end, but as it got closer to filming it was really emotional for all of us and in particular for him. There were multiple days where we thought this is it, this is the last time. Ah no, we have to do it again. Here it is, this is the final one, and I’d fly to Atlanta to be there, then we’d do it again. But the final time, very appropriately was the end of Endgame, Iron Man in the snap, that was the very last thing he shot, and that idea came up very late in post, he used to say nothing, he used to say the F word in one version but none of it was feeling the way we wanted it to feel. Downey was a little hesitant, but he did it, and that was shot right across from the Paramount studios in a stage right next door to the stage where he did his audition for iron man one and it was the first time we had been on that lock together, and I thought, how amazing, that the stars have aligned coincidently and his very last shot as Iron Man will be done in the same place where he first performed Tony Stark, and how all of our lives have changed so dramatically from that first audition to that final shot.

That portal scene…: That came about from wanting to have the cavalry arrive, turning the returning characters into a cavalry that could save the day, as opposed to them simply popping back, hugging everyone and being happy. When the cast returned as the cavalry, we knew that’s when Cap had to say ‘Avengers Assemble’. Joss loves to toy with it and not say it which is totally the right instinct because we didn’t want it to be the rallying cry it is in the comics, tallyho, every time what more than three of them are together you have to say it? You need to earn it, so that idea came very early when building the ending that they’d all come back and he’d say it.

On the legacy of the MCU: I like the Academy, I like the Oscars, they have great lineage and great history and I used to stay up past my bedtime to watch it on the East Coast of the United States when I was a kid but would always go to bed disappointed because my favourite movies didn’t win and eventually my favourite movies weren’t nominated often. Of course last year with Black Panther was an incredible honour, but yes I’ve always said that my dream would be to win the test of time. We’re only an 11 year old studio so we have many decades to come to prove it, but I’ve always wanted to affect as many people as possible, and sitting as we did in the theatre on opening night in California, it was amazing. It was the pinnacle of my professional life, sitting in the centre of that theatre watching the film on its first showing, it was overwhelming. Every laugh, every line and every cheer. We don’t take those things for granted, we work hard fo that reaction. That reward is amazing and above and beyond most things people dream about.

Avengers Endgame will be available on CHILI UK from August 19. 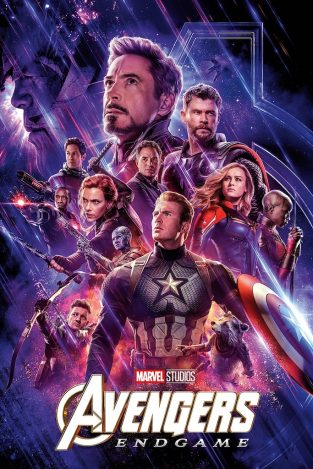