Going for a camping trip on a remote beach in Australia would be up there with most people’s ideas of a perfect way of spending a weekend, but alas not so for Peter (John Hargreaves) and Marcia (Briony Behets) in Colin Eggleston’s 1978 thriller Long Weekend. From the very beginning when Marcia drops a frozen turkey on the floor, there’s an edge here. She complains of Peter, her husband. He’s a stubborn man boy who has just got a new gun and playfully follows her in his gunsights. She hasn’t bothered to arrange with the neighbour to feed the dog. And both of them seem wrapped in mutual contempt, as they head out of the city.

Despite a stop at a bar that promises some oddball Deliverance styler locals, the rest of the film will be exclusively about the suburban couple who don’t seem to be able to move two feet without doing something nasty to the environment around them. A kangaroo is hit by the car; an eagle egg is smashed against a tree and a shape in the water that might be a threat (or perhaps not) gets riddled with bullets. Their acrimony for a moment is subdued, though even during the truce they seem to enjoy themselves much more when they are apart: him off with his dog, her reading a novel and sunbathing. Obviously, they have some baggage – there’s been infidelity and an abortion – but we are not encouraged to take sides: he’s a bastard and she’s a bitch, to put it bluntly. Although it has to be said, they both have their sympathetic moments.

Most revenge of nature movies focus the threat in a single monstrous creature – like the shark in Jaws or the big dog in Cujo – or even a species – like the fish in Piranha or the birds in … well … The Birds – but here it is all of nature from plants and fish to insects, birds and animals who turn against the humans. With news reports of attacks on the radio and directions to the beach being ‘on the road to the slaughterhouse’, there is an all encompassing sense that nature and humans are against each other ‘red in tooth and claw’. This all-encompassing threat gives the film a compelling sense of mystery. It isn’t as easy to define as an us against them narrative. We can’t just blow up the shark and suddenly you’re not afraid of the water anymore. In some ways, Long Weekend feels like a Buddhist film, in which the protagonists needs to learn about themselves and everything will be alright, but because of who they are and the society they live in, that’s never going to happen. It feels immediately applicable to our own crisis today regarding climate change. 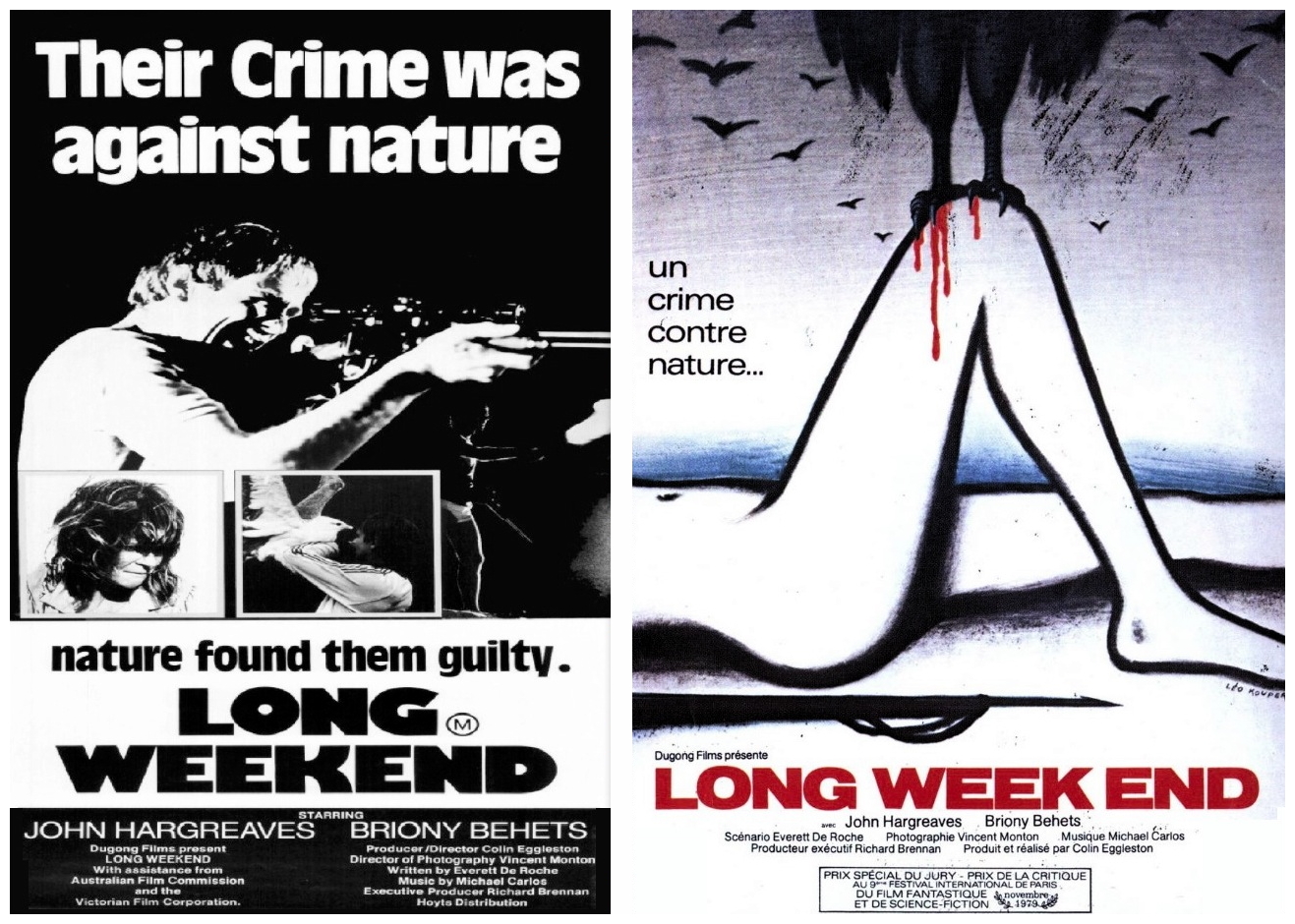 At its heart, Long Weekend is a tight minimalist thriller, as well as a brilliantly conceived and executed morality tale about human indifference to nature. The sound design is superb, suggesting an otherworldly presence on the edges of the campfire light and the performances are brave in their unlikeability. The last twenty minutes pays off the tension that has been building up with a number of surprising twists. The film isn’t as lurid as other films of Ozploitation (see Adam Lowe’s excellent survey of the genre). In fact, it perhaps is closer to the poetry Peter Weir achieves in Picnic at Hanging Rock. A mysterious, enigmatic film that will resonate in the mind long after it’s over. 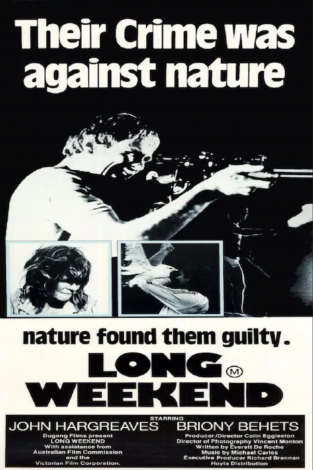