Saoirse Ronan. Meryl Streep. Timothee Chalamet. Florence Pugh. Anna Watson. Laura Dern. Greta Gerwig. These are the names involved in Little Women, and for that reason, how could it not be our pick of the week’s releases? (It helps, of course, that the film is truly brilliant, too). It became apparent after Lady Bird that Gerwig was a filmmaker with a special talent, and we’ve waited patiently and excitedly for what she would bring to us next, and it comes in the form of period drama Little Women, an adaptation of Louisa May Alcott’s famous novel. It’s a tale many of us know so well, and one that we can’t say we necessarily felt was needed in a contemporary cinematic climate, where we long for originality, but now it’s upon us, and having now seen it, we’re sure as hell pleased it exists.

Focusing on the March family, we delve into the lives of four sisters, played by Ronan, Pugh, Watson and Eliza Scanlen. It’s a film made up of exceptional performances, particularly by Ronan who truly is becoming one of, if not the most dependable actress on the planet. She’s 25 years old. She’s had three Oscar nominations already, and we’d be happy and in no way surprised if this performance earned her a fourth. The film is so gentle, and subtle and funny, and incredibly moving, and while there will be large sections of the audience who know fully well what is to happen in this upsetting tale, it still hits you, and it hits you hard. This is a great way to spend your time over the Christmas period.

That’s not to say there’s not decent competition, in the form of Spies in Disguise, the latest film from Blue Sky animation studios, and don’t be fooled this is by no means a film solely to take the younger members of your family too over the festive break – there’s plenty in here for adults, too. Directed by Troy Quane and Nick Bruno, this a spy caper, playing up to the conventions of the genre in an affectionate manner, as we explore the tried, tested and triumphant ‘odd couple’ dynamic, between the slick spy Lance Sterling (Will Smith) and the quirky scientist Walter Beckett (Tom Holland). The filmmakers are evidently having a lot of fun with this piece, especially with all the gadgets, as the former is transformed unwittingly into a pigeon. With Saul Bass influences in the aesthetic, and a brilliant vocal performance from the film’s primary antagonist Ben Mendelsohn – this is an animation we won’t judge you on, if you pop out and watch alone.

Finally, the very last Boxing Day release is Playing With Fire, and unlike the other two films mentioned before, this is a film we would judge you on if you went to watch it alone. In fact, we’d judge you more if you went in a group and subjected it to anybody else in your friendship group, or family set-up. It’s a fireman-comedy, starring John Cena, about a group of uber-masculine, we ‘scream when tasked with doing paternal duties’ collective, who are tasked with looking after two orphans who are awaiting social services to pick them up after a cabin fire. It has its moments, sure, the occasional joke which lands that it’s hard not to laugh at, but you hate yourself afterwards for doing so. On the plus side, John Cena is very good. But then again, he always is. 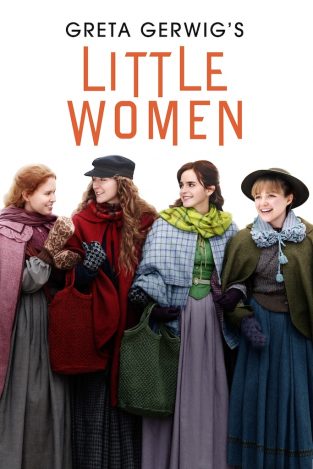