SHOPLIFTERS – If Kore-eda had been ignored by vast swathes of cinemagoers prior to this film, Shoplifters most certainly gained him new fans. This tale of a cobbled-together family has many themes dear to Kore-eda’s heart: what it means to be a family; hidden secrets; flawed but essentially decent characters; forgiveness. If you have been following Kore-eda’s career, then many faces in the cast will not be new to you, most notably the sublime Kirin Kiki, who appears in all but one of the five films on our list. Here she plays the matriarch of this ad hoc clan of grifters and runaways. Alas, it was to be her final film, for she died in 2018.

OUR LITTLE SISTER – Based on a manga comic series, this film again deals with questions of family, belonging and acceptance. It is pure Kore-eda, who manages to depict such complex emotions and profound musings with the lightest of touches. Here, the story revolves around a group of sisters in their twenties who welcome their teen half-sister – the result of an affair their father had that led to the dissolution of the three sisters’ parents’ marriage – into their fold after their father’s death. Fireworks, cherry blossom and the soothing Pacific waters are the magical backdrop to this engaging full immersion in the lives of these four young women.

Watch Our Little Sister on CHILI

LIKE FATHER, LIKE SON – Another Kore-eda classic, this time focussing on paternal love and what it means to be a father. The premise is simple: two baby boys were swapped at birth and the authorities suggest returning them to their ‘real’ parents. One boy is an only child to wealthy, go-getting parents – particularly the dad, who has high hopes for his son’s future prospects and creates the sterile conditions for producing a successful heir; the other child is from more humble stock, but while he may lack career prospects his homelife is a joyous, shambolic and loving one. As the two families meet and intertwine, Kore-eda shows that there are many ways to love and that even the most flawed fathers can reach redemption.

AFTER THE STORM – A bit of an odd one as the hero of the story is very much an anti-hero. A dishevelled, feckless private dick and would-be writer is a useless dad who regularly reneges on his child support payments. The protagonist’s shady dealings and less than salubrious appearance nevertheless belie – in true Kore-eda style – the decent man beneath the surface who is waiting to blossom after the storm. He is played by Kore-eda regular, the immensely likeable Hiroshi Abe, who brings real heart to his character. The usual themes of redemption and forgiveness, of flawed fathers and repairing seemingly burnt bridges are all here in this delicate and moving tale which climaxes with the man, his ex and their son all coming together under his mother’s roof during a typhoon.

AFTER LIFE – This is a gorgeous piece of filmmaking that sees the director ask a big question: if you could choose one memory to take with you into the afterlife, what would it be? The film sees a variety of newly-dead interviewees shuffle into an anonymous room that looks somewhere between a police interrogation room and a lowly head teacher’s office. The interviewees are asked to reflect on their most cherished memories in order to pick the most important one to take with them for eternity. We then see the purgatorial staff doing their utmost to recreate the memories, using all the basic props at their disposal (cotton wool for clouds and so on) to film the remembrances. Kore-eda was an acclaimed documentary maker before embarking on fiction and here he interweaves the two, using footage of real-life testimonies from an earlier project alongside the actors of this feature. The result is a remarkable and profound reflection on death, memory and life. 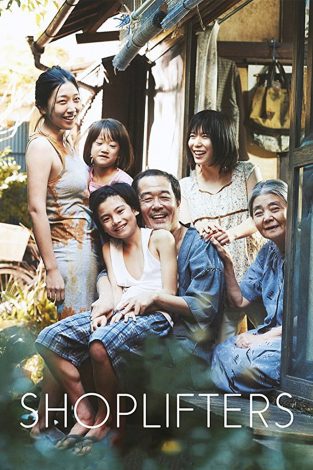