There are plenty of options which should appeal to a whole myriad of cinema goer this weekend, though we regret to inform you it’s not the strongest week for theatrical releases. To be honest if you haven’t seen it already we suggest staying in and watching Marriage Story, but it is cold outside and if you fancy a nice trip to a warm local cinema, then there are a small handful of films for us to recommend.

Our pick of the week is Honey Boy, written by and starring Shia LaBeouf, in what a self-referential, semi-autobiographical feature that follows the creative talent’s hardships from growing up a child star, to the troubles he’s had to face in adulthood. Directed by Alma Har’el and starring both Noah Jupe and Lucas Hedges as versions of LaBeouf across his impressionable years, he takes on the role of his own father, as a film that explores the notion of growing up with an alcoholic parent, and how that can have such a deep emotional impact on a young boy. It’s a creatively told tale, and brings out some exceptional performances, not just from LaBeouf but the young Jupe cements himself as one of the brightest young talents in the industry. It’s a film with so much going on it’s hard to condense into a mere paragraph, but we just urge you to give this a go and discover it for yourself.

Another film worth seeing this weekend is Ordinary Love, by Lisa Barros D’Sa and Glenn Leyburn. The talented director duo made a name for themselves with the excellent Good Vibrations and once again they’ve found a story of hope in the darkest of places. While the last feature focused in on The Troubles, this is a cancer story, but not one that falls into the same sentimental trappings so many other films in this sub-genre do. This is a film that thrives on the mundanity of everyday life, as we watch on as a couple go through the hardest thing of all, as Joan (Lesley Manville) is diagnosed with cancer, relying on the support of her husband Tom (Liam Neeson). It’s searingly authentic, you could argue too much so as it’s a tricky watch at times, and we strongly advise you take tissues. But there’s a comedic edge born out of the trivialities of every day life, such as conversations discussing whether they ought to defrost the chops or not. But it’s just refreshing to see a film looking into the maintaining of life, the strength of a long-term kinship rather than the falling in love with is an area cinema pretty much has covered. And believe it or not, there is a hopeful element to this – it can just take a little while to figure that out, for on the surface this is one of the saddest movies of the year.

Next up is Motherless Brooklyn, written and directed by Edward Norton, who also plays the lead role. It’s a flawed film, certainly, and undoubtedly too long with a convoluted narrative which gets somewhat too complex as we reach the latter stages – but it’s a refreshing endeavour, an original, intelligent noir that harks back to classic Hollywood of old. With a stellar supporting cast, consisting of the likes of Bruce Willis, Willem Dafoe, Alec Baldwin and Gugu Mbatha-Raw, there’s a lot to admire about this film, particularly the soundtrack – not only the original song composed by Thom Yorke, but the jazz that enriches the tale, almost becoming like an additional character as a film that shadows that same frenetic, haphazard energy that comes with that particular genre of music.

We then move on to a documentary called The Cave, by former Oscar nominee Feras Fayyad. It’s a heart wrenching endeavour that follows a team of dedicated female Syrian doctors caring for injured adults and children, in the midst of all the air strikes that have been taking place in the region. They have limited resources, and many, many victims to care for, and what transpires is one of the hardest films to watch for some time, taking a fascinating feministic viewpoint at a devastation that has a rocked this nation and its people.

Now onto the films that aren’t quite on the same level as those already featured, starting with French thriller The Wolf’s Call. Boasting a remarkable cast, with Francois Civil, Omar Sy, Mathieu Kassovitz, Reda Kateb and Paula Beer – it’s a real who’s who of European acting talent, and yet at the same time, it’s just a little conventional. It’s the story of a young submariner with unique hearing, and while the narrative is thrilling in parts and compelling in others, it truly struggles to shake off its televisual feel, never quite adapting to a big screen showing.

Next up is Karen Gillan’s new film (no, not Jumanji: The Next Level) – instead we’re seeing the Scottish actress step behind the lens, as the writer and director of The Party’s Just Beginning, where she also takes the starring role. She’s great in the film and it feels like a bit of a vehicle intended for her to show off her acting credentials, and there is a lot to admire about this film for sure. Despite her affable demeanour the film’s title, this is far from a playful feature, it’s quite dour in parts and ultimately quite a stirring and moving piece. It does get a little repetitive and tedious at times, though perhaps that’s purposeful, shadowing the protagonist’s sense of disorientation as she struggles to come to terms with her best friend’s death.

Then we move onto StarDog and TurboCat. We can’t lie, we were sold. An animation all about cats and dogs, with a cast consisting of Luke Evans, Nick Frost, Gemma Arterton, Bill Nighy – what’s not to like? Sadly, a fair bit. It’s just so generic and as you can see with Pixar films, children have an incredible capability to adapt to intelligent storytelling, and this just feels like a juvenile in parts and not quite excelling in any one specific area. Also out this week is Lucy in the Sky starring Natalie Portman, which we can’t review as didn’t catch. But it’s got Natalie Portman in it, so our guess is that it’s probably worth a go. 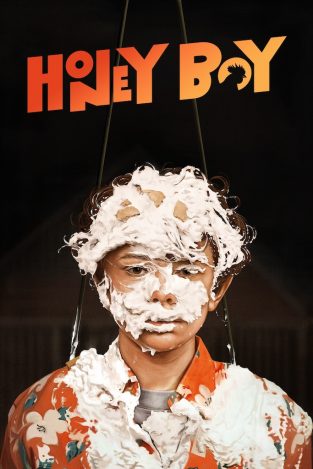