What’s your name? What’s that? Renee? Okay Renee, how old are you darling? Six that’s wonderful. I can see yeah. All the fingers of this hand. And a thumb. Gotcha. And you are … Myca, yeah Myca, we met yesterday with your dad. And you’re how old? Ten, I knew that already. You’re the big boy here. Am I right? Yeah, mum and dad are just over there. You’re not tired are you? I know, it’s late, right? Way passed your bedtime. Aren’t you lucky, getting to stay up so late? No school tomorrow for you guys, huh? So what we’re going to do is in about five minutes this man is going to come round and check that everything is safe, but we’re going to hide here, okay so he doesn’t see us. If he sees us, he’ll send you away and you won’t be in the movie. That’d be terrible. No one wants that. You want to be in the movie, right? 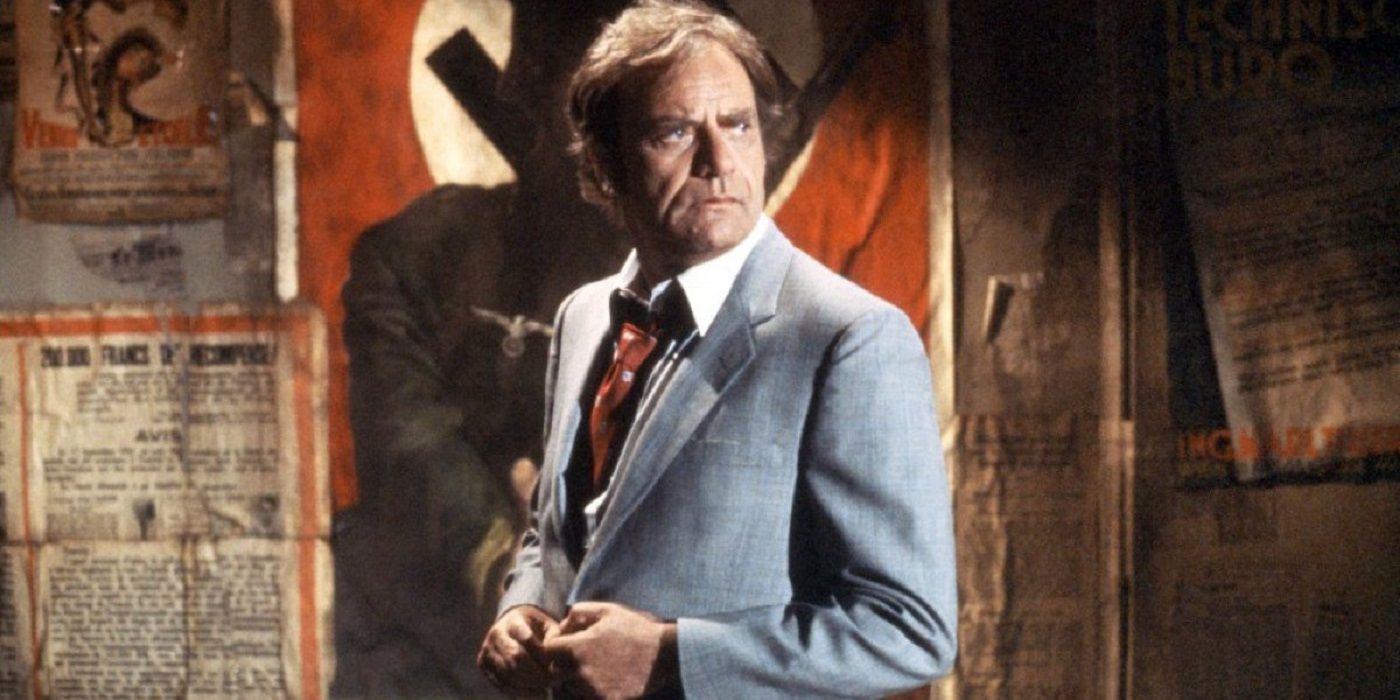 Okay so the guy has gone. No, Renee, he’s not a bad man. He just wants to check everything is safe for everyone and no one gets hurt, but we’re being a bit naughty and if he sees you, … well, it’s just better he doesn’t. So did they tell you about the scene? Okay, this is the bit where you get to play pretend. Your dad told you Myca, that’s great. I’ll tell you again so you don’t get surprised. What’s going to happen is you’re going to be hiding like you just did, but this time there’s going to be a helicopter coming in and all these big explosions are going to go off just like fireworks. Really pretty lights and loud noises. And they can’t hurt you not at all. And you’re going to pretend to be frightened. Just like make believe when you play. Right? Now, Vic! Vic come over here! This is Vic, have you guys already met?

“Listen, Mike. I don’t like it. Not one goddamned bit. I swore I’d never do anything with helicopters after Crazy Larry. You know I’ve had dreams. I talked to John about it. I said, John, it isn’t safe, there are too many variables. And you know what he said? Do you know what that asshole said?”

Vic come on. The kids are right here. 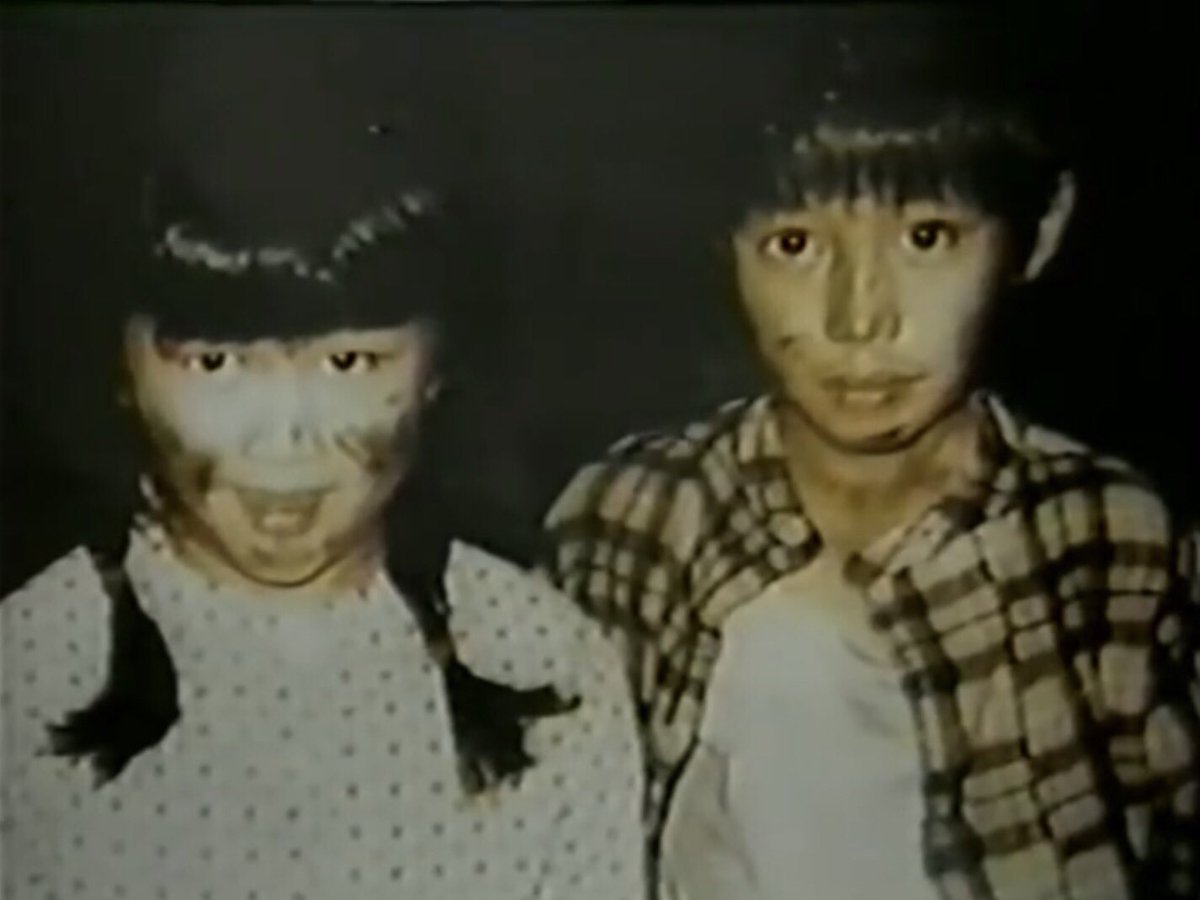 Don’t worry about Vic, he’s a bit silly. You know when adults get old, they get silly sometimes. Well, in the scene Vic is going to come over. And he’s going to pick you up, both of you. Mycah you’ll go on his left and Renee you go on his right. And you hang onto him, as tight as you can, because he’s going to go into the water here. Into the river. The helicopter will be way above you but it’s going to be very loud and you’re both going to get very wet. Is that okay?

Yeah, that’s right. It’s going to be so much fun. Just like in the pool, but you remember you have to pretend it isn’t fun. You have to pretend it’s like the war. Yes, your daddy told you all about the war, right Mycah? How he got away from there and came to live in America. And look at you now: you’re in the movies! It’s the American Dream.Oh listen to that crackle. That’s my radio. Okay, I’ll just … Yes. Yes, John they’re in position. No, Vic isn’t very happy. Okay. Tell Wingo what? Right. One second kids. Yes, Wingo. Listen can you hear me? John said he wants you to come right in low. Yes… I know they’ll be explosions but it should all be away from you. John says what’s the point in having a helicopter if you can’t see it on the film? Right, I’ll let him know. Talk to him yourself; he’s on channel two. In about five. Yes. Five. 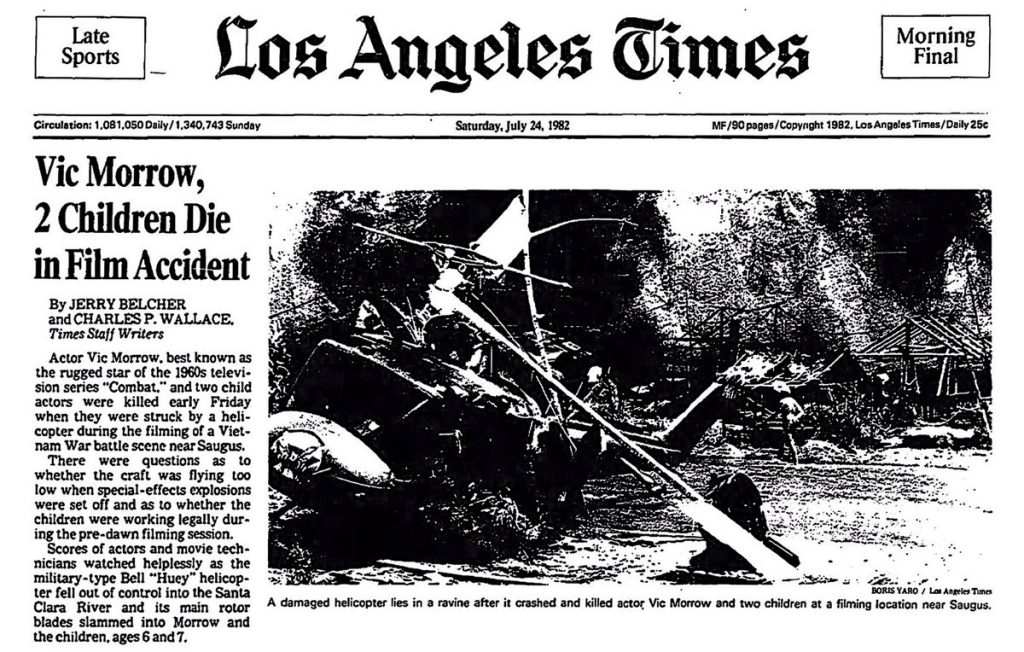 What’s that honey? Pee pee? We don’t have time to … I tell you what, as soon as you get in the water with Vic, you just let it go. Don’t worry. You’ll be all wet anyway. Don’t tell Vic though or he might get mad again. You don’t want him to be mad at me, do you? Now look, I want you guys to crouch here. Okay and wait. There’s going to be a lot of noise and Vic will come over. There are going to be five explosions. Five. Okay and then Vic will get you and you’ll go for your swim in the river. It’s only shallow, so there’s no need to worry. And Vic will keep hold of you. And you keep a tight tight tight hold on him. Ah look he’s coming over to practice. Yes that’s right just like that. Feeling better Vic? Yeah, great. It’s going to look fantastic. Places everybody! Okay. You hear the man on the megaphone. I’ll keep down here, out of sight, but I’ll be right here, all the way through. Okay Renee. Mycah.

Discover The Twilight Zone on CHILI