Leather jackets and mustard-coloured sweaters, oversized sunglasses and denim jackets. With a picture posted on Instagram last June, Quentin Tarantino shared the first image of Once Upon a Time in Hollywood, the director’s new film. A clear tribute to the films of his beloved Sergio Leone, its lead characters are Rick Dalton and Cliff Booth, an old timer of TV Westerns and his loyal stuntman respectively, who are trying to make their way in a city and a film industry which no longer seems to want them. Playing the leads are Hollywood’s golden boys, Leonardo DiCaprio (Dalton) and Brad Pitt (Booth), appearing on the big screen together for the first time in what is turning out to be the most eagerly anticipated and talked-about film of 2019. And Hot Corn has an exclusive: ten photos taken on set. Why all the buzz? Set in Los Angeles in 1969, Once Upon a Time in Hollywood will be released fifty years after members of the Charles Manson Family murdered Sharon Tate, who was eight months’ pregnant.

The actress was Roman Polanski’s wife and is portrayed in the film by the increasingly acclaimed Margot Robbie. In the film Tate is Rick Dalton’s Bel Air neighbour. Tennessee-born director Tarantino has stated that the screenplay took him five years to write and that its narrative structure will be similar to that of Pulp Fiction. Looking at the star cast – from Al Pacino to Damian Lewis, Dakota Fanning to Emile Hirsch, and Lena Dunham to Luke Perry – it isn’t hard to imagine a story made up of interconnected chapters. So, while you wait for the film to come out at the cinema, take a look at our exclusive gallery! 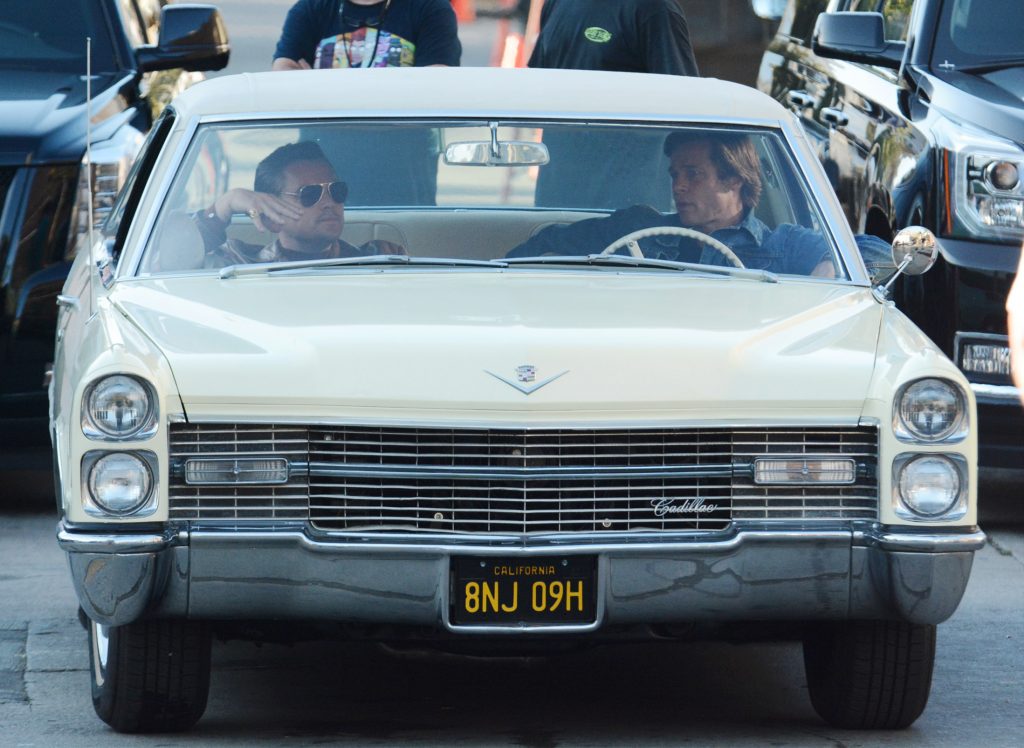