LONDON – British composer Daniel Pemberton has been quietly etching out a solid Hollywood career for himself for the last few years now, having first gain prominence for his score for Ridley Scott’s The Counselor (more on that below). Since then he’s worked across a number of diverse titles, putting in some truly memorable work, in particular, for Spider-Man: Into the Spider-Verse. He’s back in the comic book world once more with his wonderful genre-hopping score for Birds of Prey. We managed to grab some time recently with Daniel Pemberton to talk about his latest effort and discuss his prior career.

How did Birds of Prey come your way?

A lot of other superhero movies don’t really excite me because they look and sound the same. I’ve done quite a few things with Warner Bros. and they asked me to have a look at what they were doing [with Birds of Prey] and it didn’t look like anything else from that genre. I was immediately drawn to the colours and the craziness of it all. Also, the character of Harley [Quinn] is so fantastic and unique in the comic book world that it got me thinking I should be doing the film. I got on really well with Cathy [Yan], the director, and I liked her vision for the film. She had the line “it’s Gotham City like you’ve never seen it before” and I always like working with people who are trying to do things differently and not more of the same. Plus, the film wasn’t taking itself too seriously, and that’s what I also respond to.

By your own admission, the music for Birds of Prey is not the typical orchestral comic score. Was that a conscious approach on your behalf?

Harley is such a unique character that you can fit her in any situation. You could see her at the opera, rave, or in the mosh pit at a heavy metal concert. She has that schizoid, multiple personalities and I wanted to take all those elements – classical music, opera, rock, and hip-hop and mash them together. I wanted to have a little fun with her.

When you’re scoring such a heightened cinematic landscape, is it harder to work in any nuance and subtlety?

Every time you try and rewrite the rules of scoring with each film, you always make life complicated because you don’t have a set of rules to fall back on. You’re trying to invent them for each scene and each moment. A lot of what I try and do is make things feel very simple, which is the results of a lot of work and complexity. There’s subtlety in how the music changes – that’s in the themes – but the idea there is it has to feel very natural. That involves much work from myself, the editors and the filmmakers. Eight times out of ten on the film, all the music is written very close to picture and there’s a lot of work that goes on to make it feel like it hasn’t been. To make music which feels like it isn’t trying too hard is, weirdly, very difficult.

Stepping away from Birds of Prey, 2015 saw you working on two hugely contrasting films – The Man from U.N.C.L.E. and Steve Jobs. Does that take a fair amount of creative recalibration?

For me it’s good to jump into something very different from the previous project. I like building something from the ground up with each movie and using a different part of my brain. This year, I did Edward Norton’s Motherless Brooklyn, which is like a jazz score, Dark Crystal, which is a semi-orchestral score, and Birds of Prey, which is something completely different. Jumping between all those different worlds means I’m not repeating myself all the time.

Your hip-hop/traditional orchestral hybrid for Spider-Man: Into the Spider-Verse was incredible. How fun was it to play with two musical genres?

I loved working on Spider-Verse. It was a really fantastic film. I used to go to a lot of hip-hop clubs when I was younger. I’ve always been interested in record collecting and how hip-hop artists use vinyl more like an instrument than a tool. I always dreamt of putting that in a movie soundtrack and with Spider-Verse it made a lot of sense to do it that way. It made my life incredibly difficult just for the sake of making something sound cool but it was worth doing in the end.

Have you have felt yourself being hemmed in by the studio?

Yes and no. Every movie you do there’s a level of expectation and I’ve been quite lucky in that fact that the people who generally hire me want me to bring my own take to the movies. I’m encouraged to go a bit more bananas with a film like Birds of Prey. That’s why I took this movie on. I think if I’d been hired for certain other projects, that wouldn’t have been the case. I’m always attracted to those projects where I think I can bring my own personality and thought process into the system, rather than just making it sound like every other movie out there. There are two kinds of movies these days. The ones which are reheating the same emotions and ideas over and over again. Then there are the ones trying to do something different and that’s where I get to do something different too, hopefully.

Your work on Ridley Scott’s The Counselor appears to have been your big Hollywood breakthrough. Can you talk about how exciting it was the score for such an iconic filmmaker and what you learned from him?

Excitement is one way of putting it, terrifying might be another. He’s a big hero of mine and to work with him was amazing. Aside from offering me my big break, the other great thing was the confidence he gave me in trusting my opinion. He’s one of the most iconic filmmakers in the world and he was asking for my thoughts. I’ve worked on TV projects where there wasn’t an interest in my opinion and to work with someone like Ridley who doesn’t want you to be a yes man and wants you to challenge him was incredible.

It’s obvious he has the weight and authority within Hollywood where he isn’t being dictated to by the studios.

The great thing about someone like Ridley is he has your back. If the studio says they don’t like your music, they have to go through him. If you don’t have the clout or power, the studios can get scared [of what you’re creating] which is kinda understandable. Working with someone like Ridley and Danny Boyle means they will protect you and subsequently you start to create a great body of work.

Which score, if any, has caused you the most sleepless nights?

Probably The Counselor because I was always scared I wasn’t up to scratch. King Arthur, the Guy Richie film, was probably one of the most complicated productions I’ve been on. It went on for two years and it took some people a little while to come around to my thinking, but I was really glad how it turned out in the end. The worse thing is I’ll write tunes which are really catchy then I can’t get them out of my head. It’s a fucking nightmare trying to sleep. I’ve had Birds of Prey stuck in my head for literally months. Trouble is, I like writing memorable little hooks and riffs which is really fun, but terrible if you’ve been working on them all day and then you try and get some sleep. It’s a weird curse sometimes. 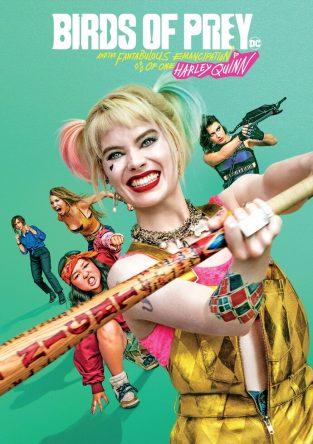 Birds Of Prey and the Fantabulous Emancipation of One Harley Quinn