Is there a better TV tradition than the Halloween episode? The Simpsons always excelled with their ‘Treehouse of Horror’ anthologies ­– especially the one involving Pierce Brosnan, a leprechaun and a vomiting frog – Community outdid everyone with a Halloween joke that took three years to land, and now Bob’s Burgers hits us with this hilarious little quarter stick of joy. By my count, this is the show’s seventh Halloween episode and to say that it’s probably the best is no faint praise, especially when you cast your mind back to ‘Full Bars’ and ‘The Hauntening’. 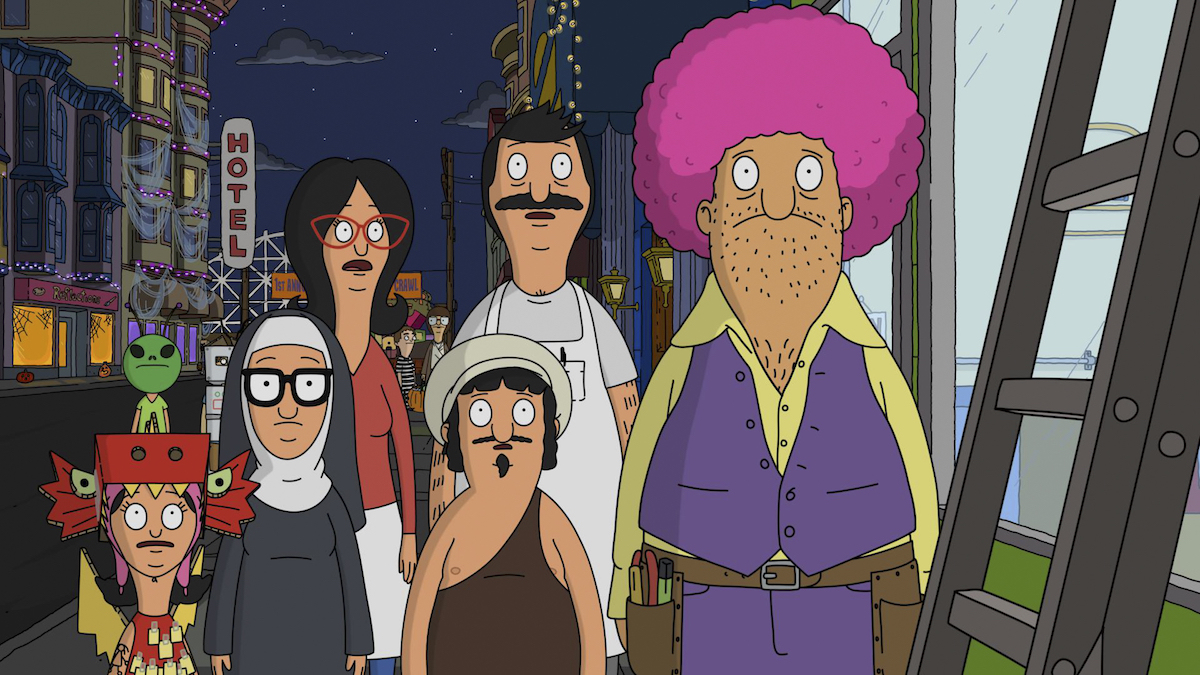 The premise is refreshingly straightforward. Tina, Gene and Louise go out trick or treating and discover that some nefarious person (or group of persons) is stealing everyone’s candy, while Bob gets sucked into a Halloween decorations feud between Teddy and a rival very-nice-smelling handyman. Rather than try and recap the Scooby Doo adventure that follows, it feels like a more pertinent use of everyone’s time to pick our top five from the exceptional costumes on offer. 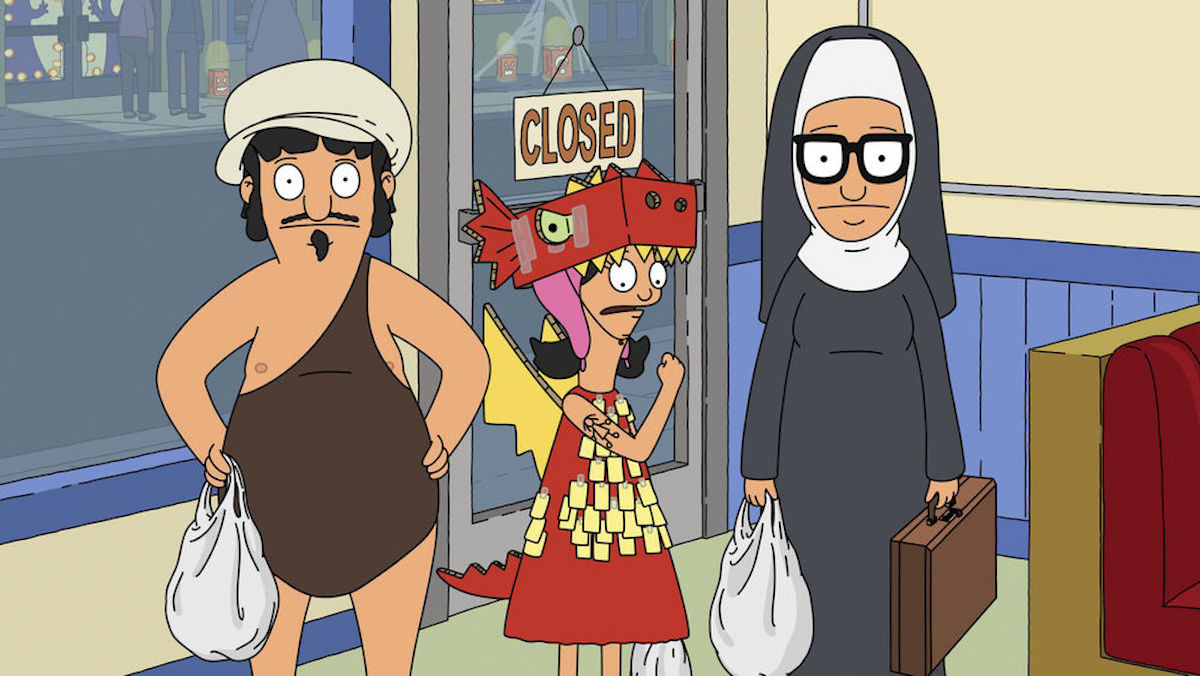 Louise: The Dragon With The Girl Tattoo
The only thing that makes this even better is the fact that Louise doesn’t seem to have heard of The Girl With The Dragon Tattoo. A worthy successor to her previous costume as “Ryan Gosling from the major motion picture trailer Drive”.

Tina: Nun Of Your Business
I love a super-literal pun, so Tina’s nun costume and briefcase is pure gold. Linda doesn’t get it. It gets bonus points for the awesome Salt-n-Pepa cover at the end of the episode.

Bob: Bruce Springsteen
As someone who would happily dress as Bruce Springsteen every day of the year, I love this costume. I love it even more for Bob’s attempts to shoehorn in Springsteen song titles and Teddy’s refusal to believe that he’s not dressed as Rambo.

Rudy: Paul Rudd in I Love You, Man
Win. What makes this even better is how Rudy seems to feel like this is an entirely normal Halloween costume.

Burger of the week: The ‘My Bloody Kale-ntine’ Burger

Store next door: Those Who Can, Dle Candles