I don’t think I’ve ever enjoyed anything that confuses me as much as I enjoy Legion. There’s a weird dichotomy going on in the show in that the central crux of the narrative is relatively straightforward, but so much around it is difficult to grasp. It took me a whole two episodes to get my head around Cary and Kerry being two parts of the same person. And don’t get me started on who or what Lenny is. I can only imagine that the writers’ room looks something like the wall in Carrie Matheson’s house. 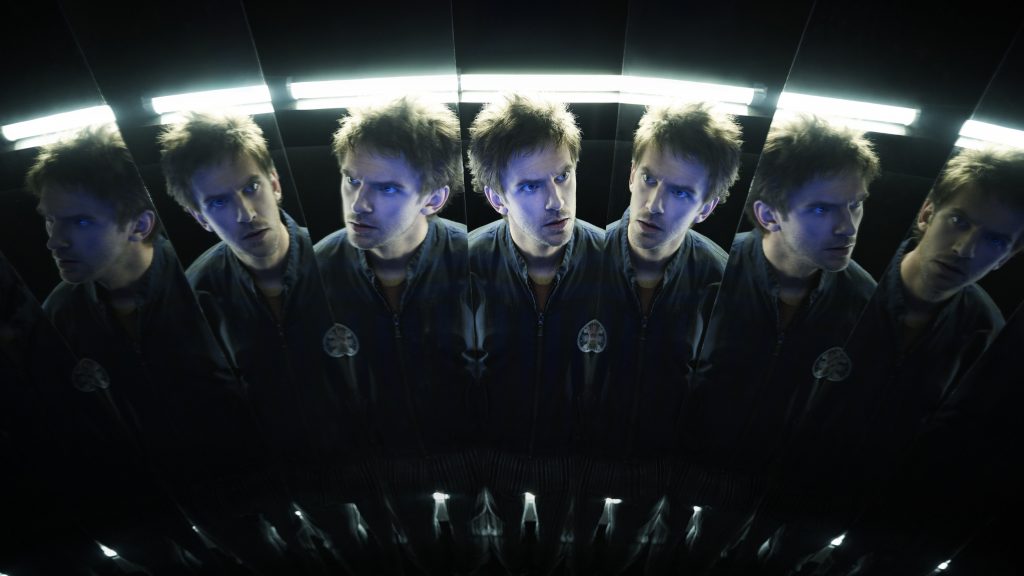 Thankfully, I’m not alone in that confusion, as David makes clear in the opening scene of Chapter 10. He’s clearly being put up to misdirecting his friends by Oliver and Lenny, acting on behalf of Amahl Farouk, but they won’t say why. Lenny brushes aside his protestations by bringing up an old memory about when they used to get high together. David points out that it’s a fake memory. “Are you you at all?” he asks, “Lenny, from the hospital? The cornflake girl who couldn’t stand the word nipples?” “Does it matter?” Oliver asks.

In the end, no, it doesn’t. We know when David talks to Oliver and Lenny, he’s talking to Farouk and that Farouk’s the villainous parasite who fed off David’s brain since he was a baby, making him believe he was insane. Except is Farouk the bad guy? Last week, future Syd told David to help Farouk and that gets elaborated on this week as David meets the one-armed, older version of his girlfriend again, albeit telepathically. Something’s coming, something far worse than Farouk, and David has to help Farouk because they’ll need him in the not-so-distant future.

There’s a lot of portent overshadowing this episode. Future Syd alludes to David changing in the future – and not for the better – while Melanie advises him to forget about saving the world and live peacefully on a mountaintop with Syd. And then, when we finally meet the real Farouk, he’s sitting at a fortune teller’s stall in a cornfield. We’ve heard so much about Farouk that he’s got a lot to live up to, but Navid Negahban is more than up to the challenge. He plays the Shadow King with a sly, urbane charisma that makes him menacing but almost likeable. It’d be much easier to be drawn in by this dapper charmer than a hideous, yellow-eyed bogeyman, which makes him all the more dangerous.

This episode’s striking visuals made sense once Ana Lily Armipour’s name popped up in the credits. She directed the stunning A Girl Walks Home Alone At Night, which is an absolute must-see.

I’m worried about the signs pointing towards David being responsible for the devastation we see in the glimpses of the future. Say it ain’t so! Future Syd says, “You’re how you were. In the past. Before. Sweet.” Before what?

I’m not a fan of the trope where a character has a secret and can’t divulge it, no matter what pain or difficulty it causes. I tend to end up shouting “Just f***ing tell them” at the TV. Hence my relief when David confides in present Syd about helping Farouk.

Farouk slips between languages while talking to David (English, Farsi, French, German), which is a nice touch for such an elusive character. Negahban really knocked it out of the park.