And that, ladies and gents, is that. Eight seasons – or three days and 16 minutes’ worth of viewing time – later and we finally face each other in a world where Game Of Thrones is over. What’s evident from my initial thoughts as I sit down to write this review is that it’s almost impossible to evaluate this finale in the context of the show as a whole. No finale is easy to execute, but Game Of Thrones was so utterly vast that tying it all up presents a unique challenge. 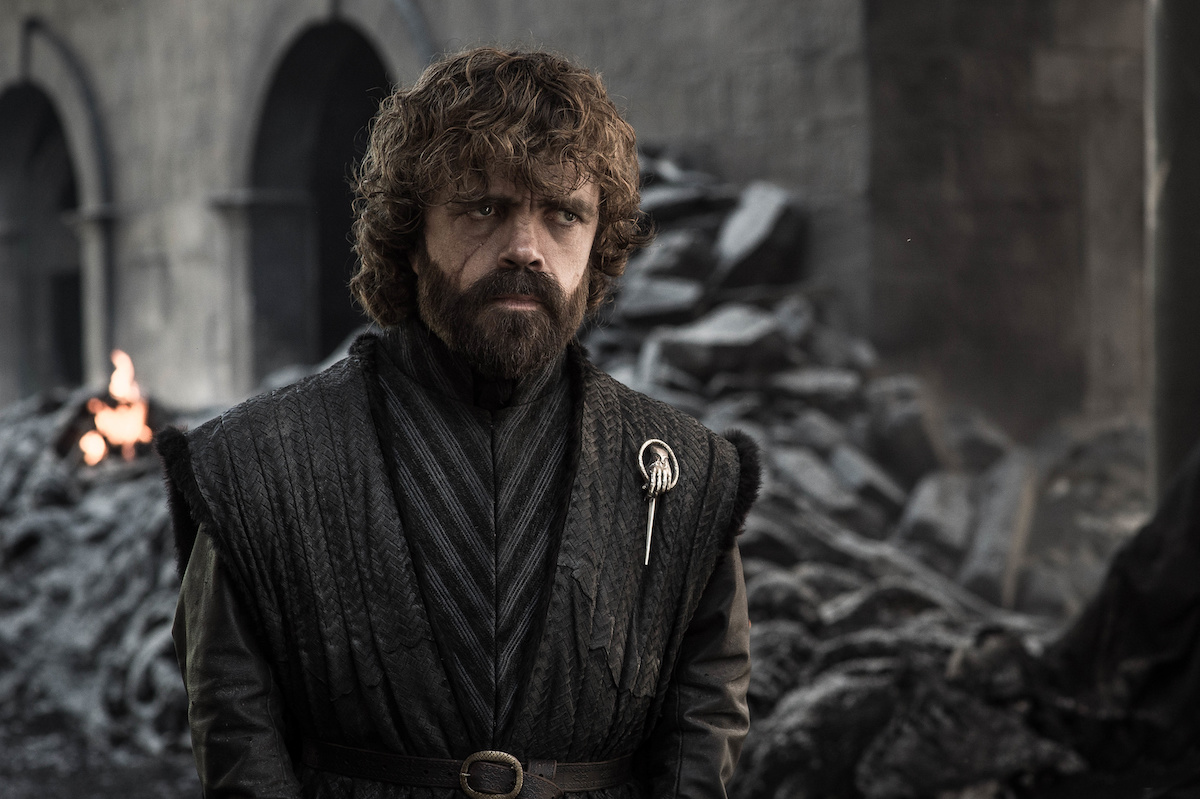 With such a huge cast of characters, even after the purges of episodes three and five, each arc needs time to be completed. Which means that, for all the exciting hypotheses flying about, ‘The Iron Throne’ could only ever be something akin to the last half an hour of The Return Of The King. If you came prepared for that, you’ll most likely be pleased with the results; if you came for one last enormous spectacle, you’ll be crushed like a Northman at the Battle of the Bastards. 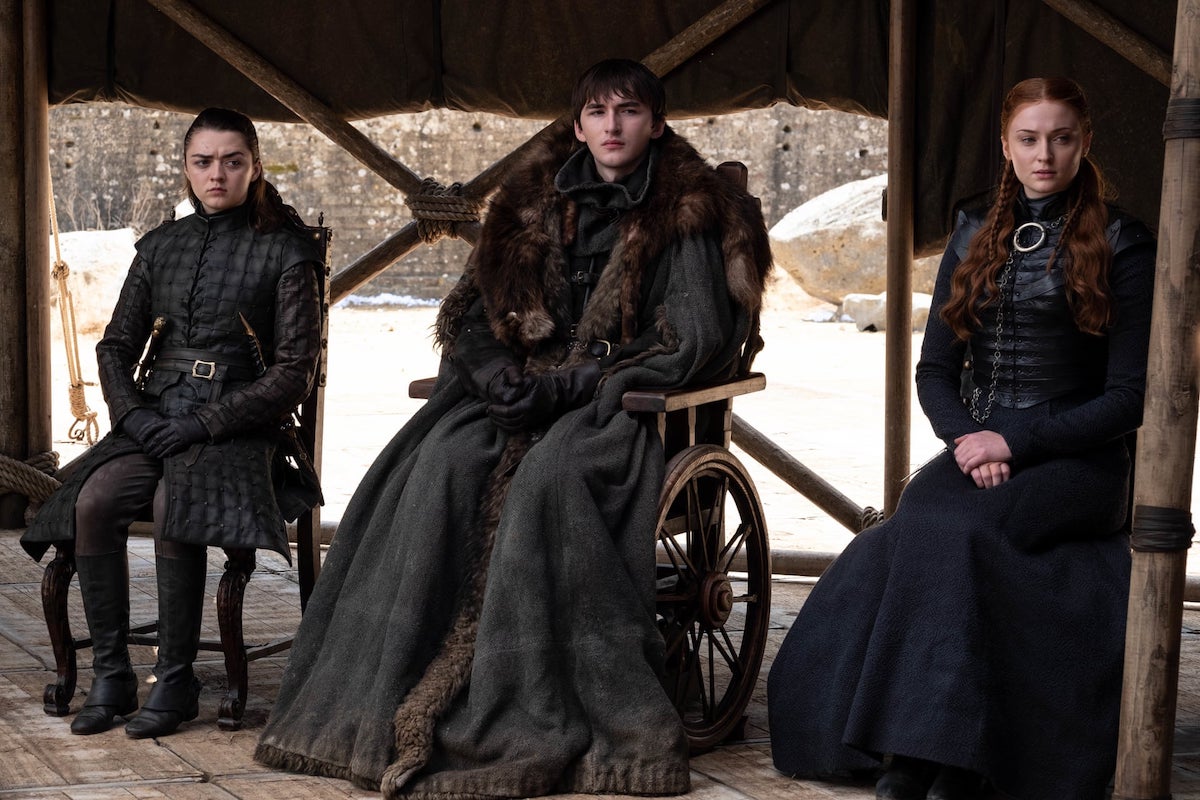 This eighth season hasn’t been Game Of Thrones finest (that’s probably season three), but it has been the best since the show moved beyond George R.R. Martin’s books. It’s defied expectation in many ways, particularly in the early removal of the White Walkers as a threat and Dany’s acceleration towards tyranny, and allowed itself enough room to indulge in the verbose interactions that remain the show’s strongest suit. But when it comes down to it, the question that everyone wanted answered was: “Who will sit on the Iron Throne?” Dany? Jon? Sansa? Umm… Bran? 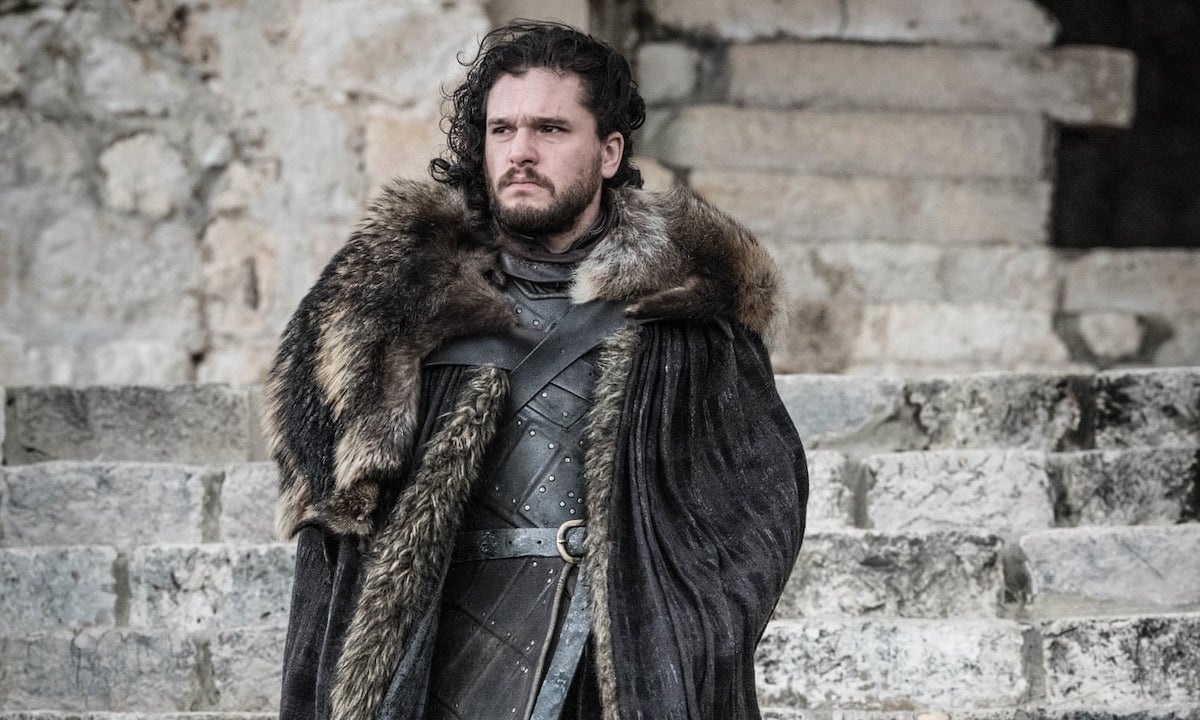 I’m fairly confident that anyone who got Bran in the office pool would have just discarded their slip of paper in disgust. Once Tyrion gets arrested by Daenerys, things progress at light speed. He tries to convince Jon that Dany can’t be allowed to rule, Jon goes to Dany, protests about the King’s Landing slaughter, embraces her passionately and stabs her in the heart. The scene is brilliantly handled, the camera just lingering high enough that we can’t be sure who’s stabbed who until the blood starts to run from Dany’s nose. My only complaint would be the heavy-handed symbolism of a grieving Drogon smelting the throne into molten goo. 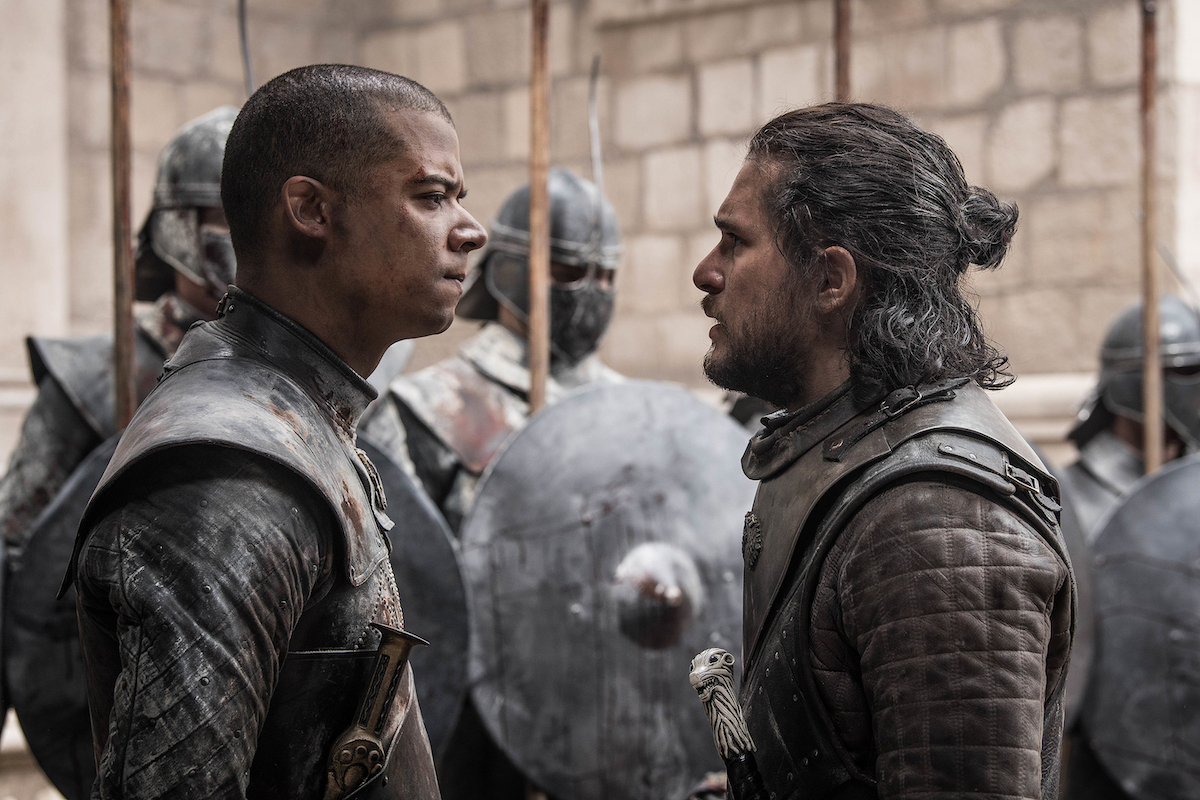 Tyrion is brought before a council of the Lords and Ladies of Westeros. As they bicker over who should be king, Tyrion suggests Bran and somehow everyone goes for it, nobody protesting that he’s done little more than linger around creeping people out all season. Sansa insists the North will stay independent, which Bran wisely agrees to (nobody’s ever going to mess with Sansa again), Tyrion becomes Bran’s hand and Jon gets banished back to the Night’s Watch for murdering the queen. 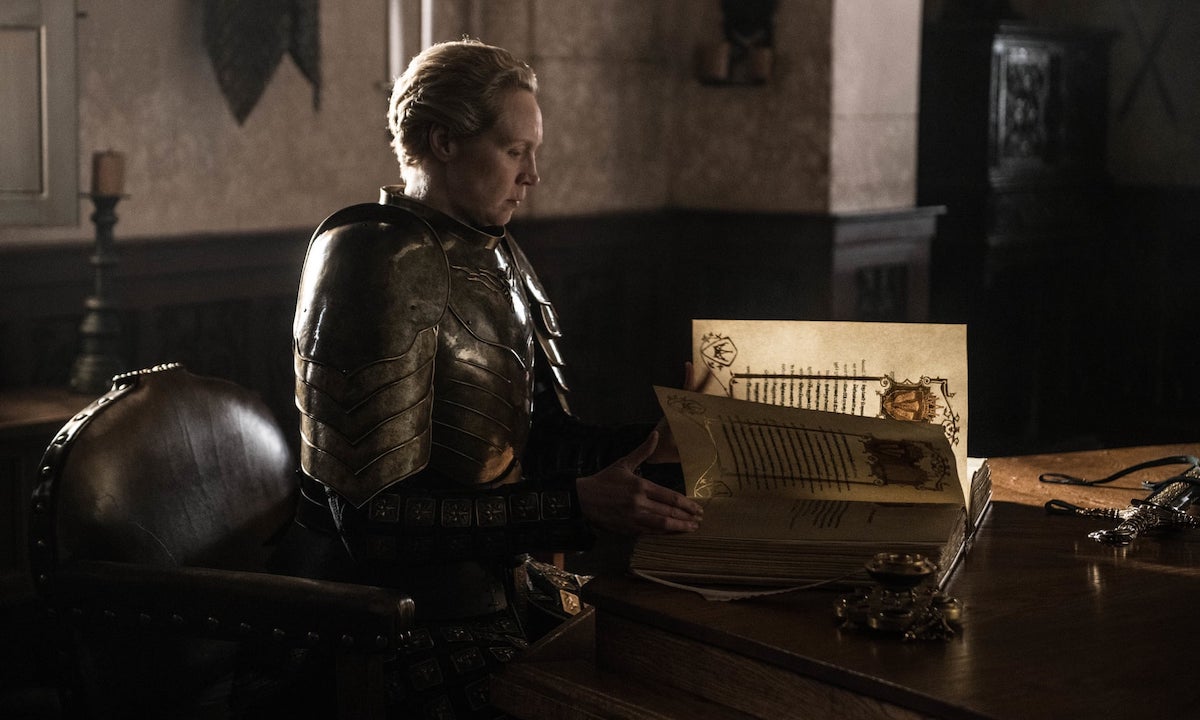 If you’re judging ‘The Iron Throne’ on its own merits, there’s much to enjoy. The conversations between Jon and Tyrion about fate, duty and love feel like classic Game Of Thrones, beautifully articulating the conflict that rages inside Jon between his love and loyalty and the ‘right thing’ to do. Benioff and Weiss allow enough space for a little humour to creep in, offsetting the unrelenting darkness of last episode. But there’s plenty of sadness too. Dany’s death is a tragic moment of grim inevitability, her most loyal subject striking the deadly blow just metres away from the throne she so desperately wanted. Jon means it when he says “You’ll always be my queen”. He chose duty over love and he’ll forever see himself as a traitor, opting to leave Westeros altogether and wander off into the wilderness with Tormund and his people. 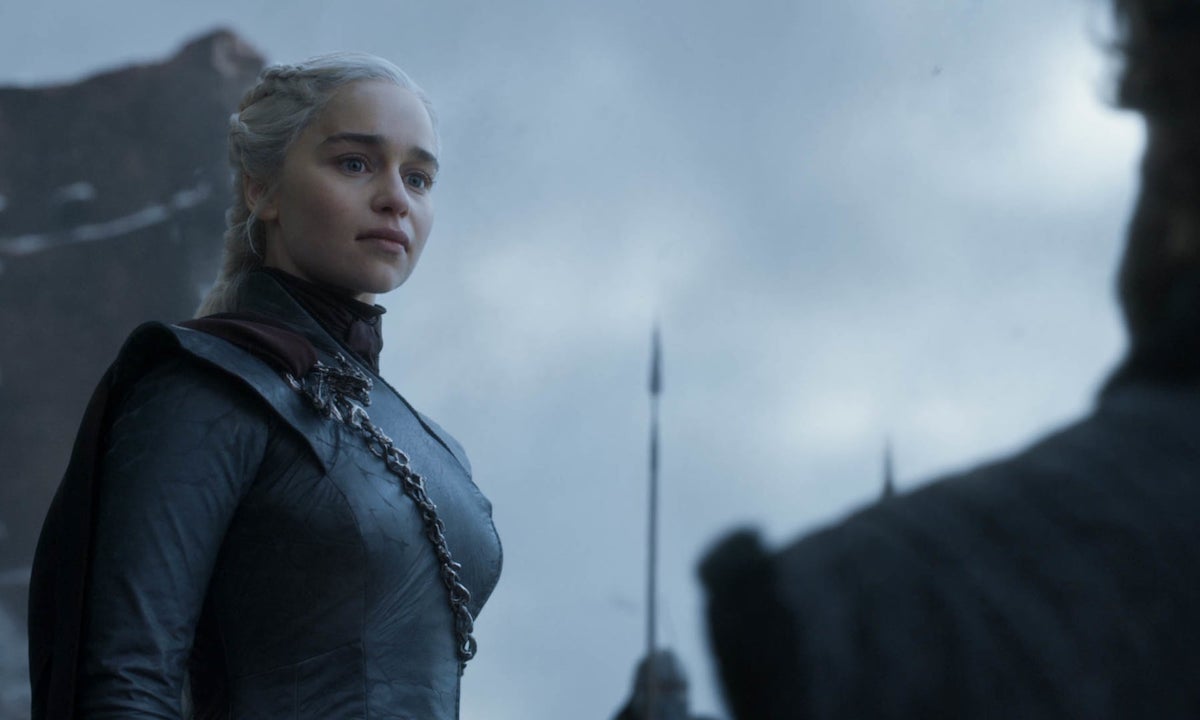 Somehow, Jon killing Dany and Bran becoming King are the most obvious and least obvious options, respectively, but both feel like less interesting options than some that were being bandied about. Ultimately though, Daenerys and Jon achieve what they set out to. Westeros is ruled by a fair King and the wheel has been broken. This finale won’t silence the doubters who still rage on about remaking season eight, but Weiss and Benioff have brought down the curtain with grace and a definite sense of resolution. With time and perspective, it will be seen as a fitting conclusion to a game-changing series.