It’s hard to believe that Parks And Recreation is ten already. It’s even harder to recall what the world it was born into was really like. What did it feel like to be devoid of President Trump, the rebirth of the far right and the never-ending torment of Brexit? Ten years sure is a long time. 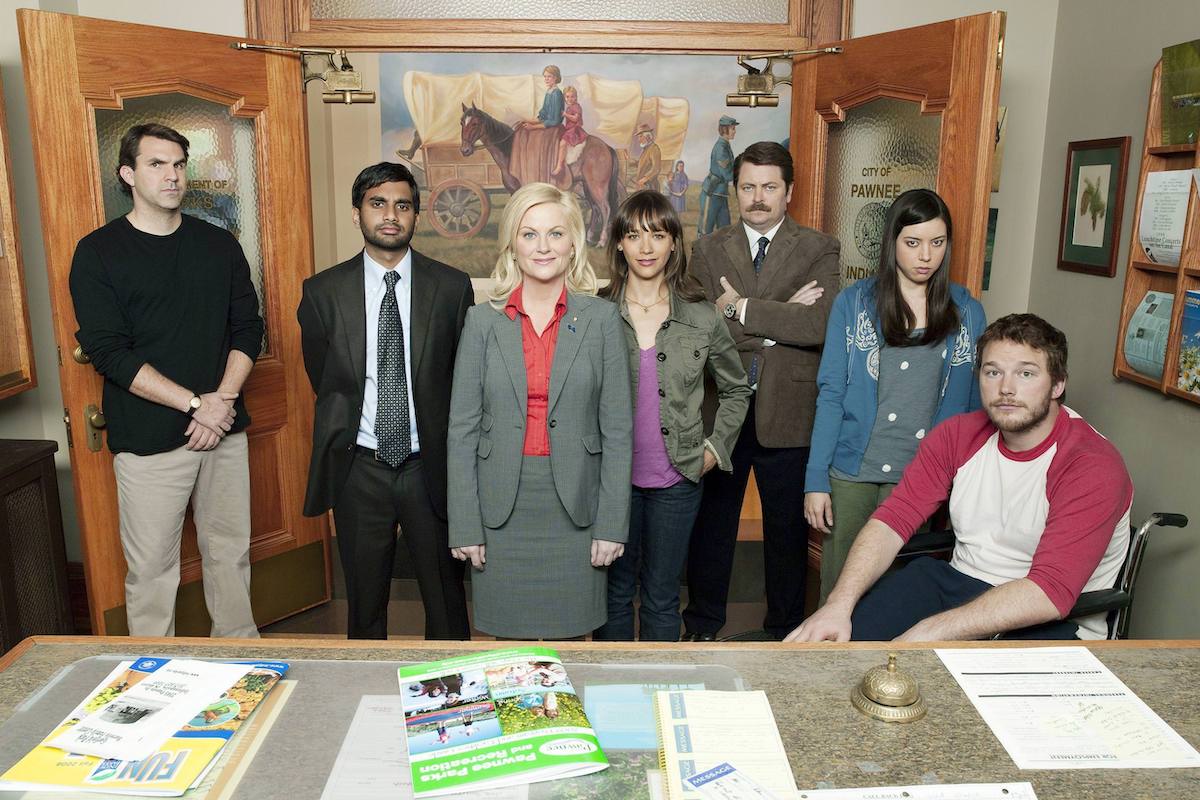 The year 2009 was one of positives and negatives. Sure, we had President Obama, but we also had the resounding economic crash that left thousands of Americans facing financial disaster and the loss of their homes. In a scary world, any tiny sliver of joy is to be seized upon and cherished and I like to think of Parks And Recreation as that in a microcosm. For 22 minutes, you can forget that the sky is falling and remember that there are good people out there doing good things. Here are five ways that Parks And Recreation spread a little sunshine. 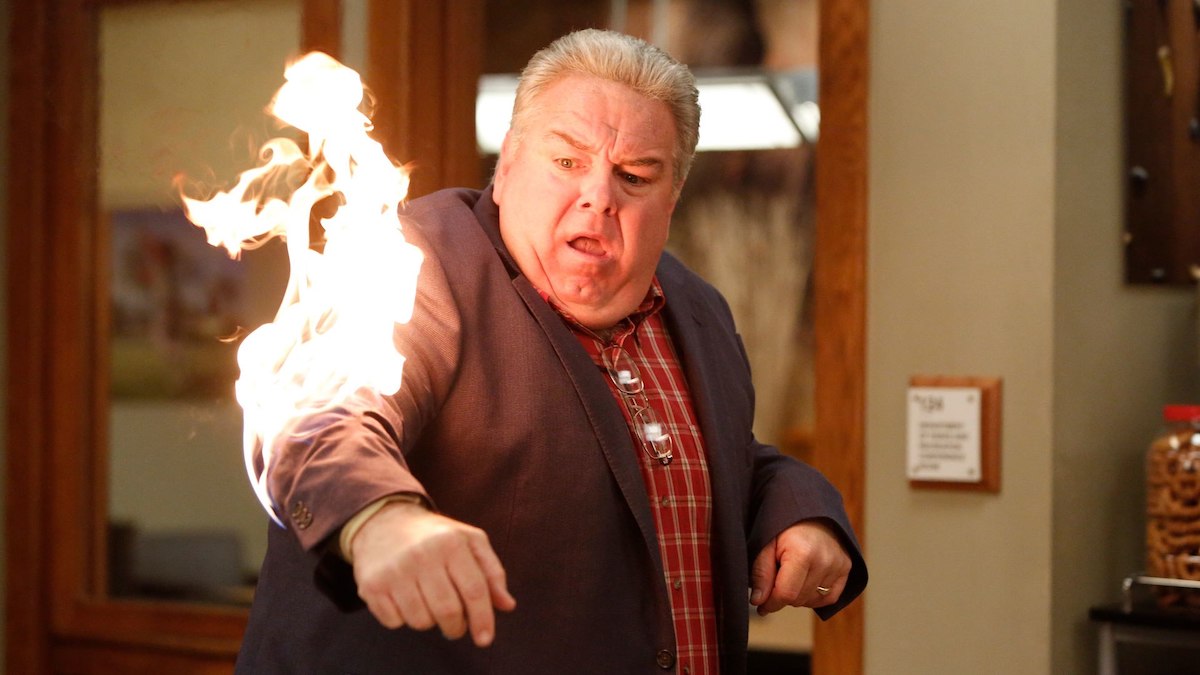 You had one job, Jerry
Jerry’s real name isn’t Jerry. Nobody even remembers what it is. No, don’t look it up, it doesn’t matter. Everyone in Pawnee knows that Jerry will make a mess of anything he’s asked to do. What nobody can foresee is how he’ll make a mess of it. He’s turned incompentence into a danger-strewn artform. But no matter how awful Jerry is at his job, no matter how much he screws up, he’s a lovely man who gets to go home to his beautiful, loving family. It’s basically the show saying that success is whatever you choose to define it as. At work, Jerry’s a buffoon; at home, he’s a hero. 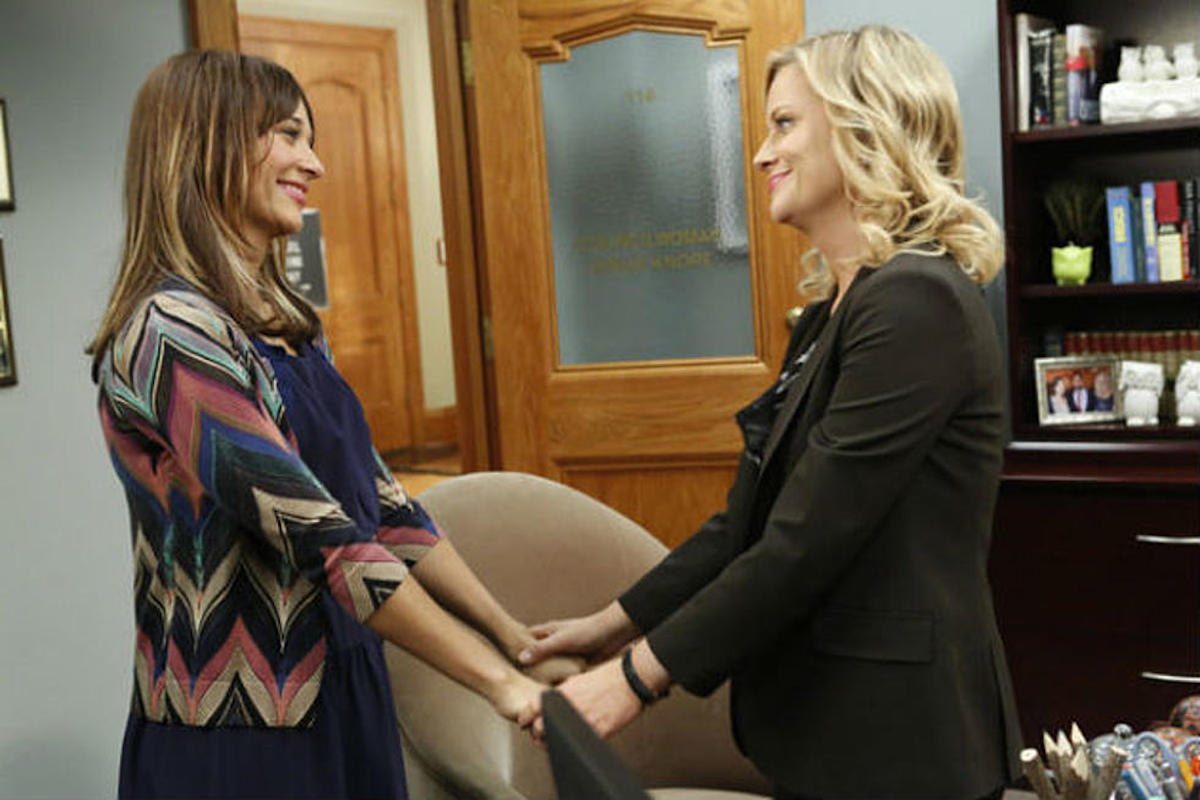 Leslie loves Ann
Ah, Ann. A poetic and noble land-mermaid. A beautiful, talented, brilliant, powerful muskox. An opalescent tree shark. A rainbow-infused space unicorn. Leslie’s love for Ann is the most touching relationship on the show, an unbreakable, inspiring friendship that takes lazy tropes about female rivalry, smushes them up into tasty goo and serves them on wonderfully calorific waffles. 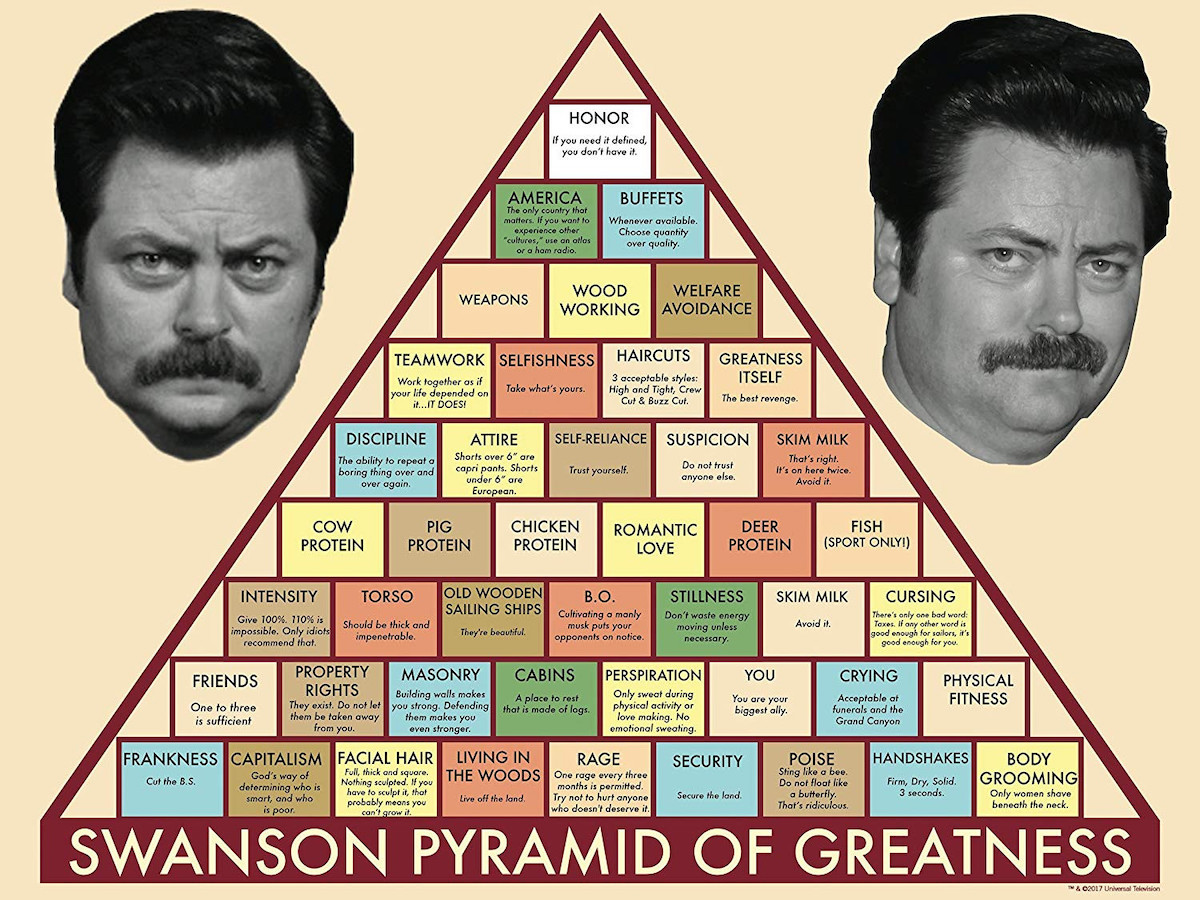 The Ron Swanson Pyramid Of Greatness
Ron is the show’s single greatest creation, an impressively moustachioed luddite with a giggle full of glee, a heart full of gold and a stomach full of meat and scotch. This chart basically sums up everything that is wonderful about the man. I have it on the wall opposite my desk and I swear my moustache has doubled in size.

Treat Yo’ Self
Donna and Tom’s annual spree of self-indulgence is a tradition we can all get behind. It’s one day of the year where we can say, “You know what, I’m going to buy that novelty cushion of Bill Murray as a Napoleonic general because I deserve it” (This is a true story). Also, it gave us Adam Scott crying in a Batman suit. Whatever happens in the world, nobody can take that away from you.

Lil’ Sebastian
Sadly, we lost the tiny horse with the huge heart in season three, but his noble spirit lives on in Mouserat’s touching ode ‘5,000 Candles In The Wind’ and in the hearts of all of Pawnee. We all need something in our life that makes us irrationally excited (just like the staff of Pawnee’s Parks and Recreation department when confronted by the small stallion). If you don’t have a Li’l Sebastian, get out there and find it. Treat yo’ self.