As the vast majority of new theatrical releases have been postponed, Trolls World Tour is defiantly sticking to its guns and coming out on-demand, and with so many children at home – and parents currently needing a solution to keep them entertained – the timing for this release of the movie couldn’t be more needed. No less because it preaches happiness, and hope and togetherness, at a time we need it more than ever. To celebrate the film’s release we had the pleasure of meeting the Trolls World Tour director Walt Dohrn, which can watch in its entirety below.

We discuss with Dohrn the positives messages that Trolls World Tour preaches, and whether this is the best way to communicate such themes with the next generation. He tells us about when the idea for a sequel came about, and how he went about striking that balance in crafting a movie that would appeal to not only the children in the audience, but their parents too. And why he believes people are responding to Trolls in the way that they are, and what this everlasting appeals about these strange little toys seems to have been. He also comments on the feel-good factor, the lack of cynicism, and discusses also his experience making a film with Ozzy Osbourne. This leads into a chat about his own musical tastes, and which of the Trolls he would be (we’re in agreement about funk, by the way). Lastly, he tells us what he has coming up, and whether he has an other irons in the fire. Though it’s fair to say that if this film is received as well as the last, perhaps a third movie could well be on the cards? 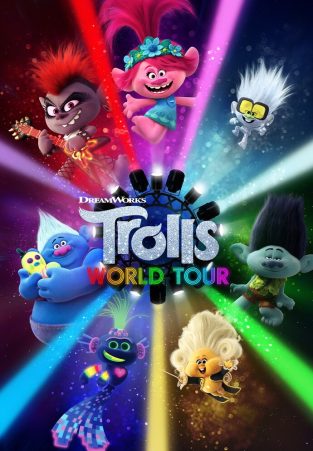