There has been such a wide range of feature films depicting male friendships of late, that we’ve even had to coin a new phrase; bromance. The archetypal relationship explored in this glorious art form has always been romantically inclined, between two star-crossed lovers who, more often than not, find their way into each other’s arms. But not every affinity must be one built on sexual attraction, there is such as plutonic love, and that’s what has been affectionately studied in new British comedy Swimming With Men.

Director Oliver Parker, like a tentative member at a leisure centre, is merely dipping his toes in the water, this film is not all about love, but companionship. It’s about a group of men at a crossroads in their life, struggling to make ends meet for whatever reason, who find solace in each other’s company, using synchronised swimming as not only a means of distraction, but a tool for socialising too. Think The Full Monty, except in this instance, they keep their trunks on. But what other films explore great friendships between men? Films that are bereft of toxic masculine expectations that are placed upon men, that instead explore true love and vulnerability.

Peter & Sydney – I Love You, Man Many films in our list are films about a whole myriad of elements that just so happen to include a strong male relationship at the core. But I Love You, Man is different, it’s all about male relationships, that is its paramount theme. Paul Rudd plays Peter, and he’s getting married but doesn’t have a best man, and so he goes hunting for one – which is where he meets Sydney, played by Jason Segel. The two become somewhat besotted with each other, and it’s just a joy to watch, Joben.

Han Solo and Chewbacca – Star Wars Look, nobody said anything about both characters being human. We adore this friendship between our favourite pilot in the galaxy, and our very favourite Wookie. They share such a bond that they communicate through the most subtle of glances, they speak different languages for the most part, and yet such is their affinity for one another that it doesn’t matter. It’s true love.

Woody & Buzz – Toy Story This quite remarkable trilogy of films cover so much ground, with the notion of growing up and moving on a prevalent one in the latest instalment – but across the three movies the one constant is the core friendship between Woody and Buzz. Though they are, respectively, a toy cowboy and toy spaceman, they embody such a wide range of human emotions, and go through all of the motions that true friendships do. Love, and dependancy and loyalty become huge factors, but they have to face jealousy, in what is, at the start, a very competitive coming together. But they love each other really.

Felix & Oscar – The Odd Couple This is a film that taps into the archetypal Hollywood friendship; pairing up to mismatched individuals who on paper shouldn’t really be friends, yet like they always say, opposites do attract. It’s a beautiful friendship and it is brought to life in such a wonderful fashion by Jack Lemmon and Walter Matthau, and the reason their love comes across on screen, is because in real life the pair were incredibly close friends too, and boy does it show.

Andy Dufresne and Red – The Shawshank Redemption To be fair, these two didn’t have much choice but to became mates, after all, it’s not exactly like they had anything else to do in prison. But lets not take anything away from their closeness, the two share an unconventional friendship, brought together in unconventional circumstances. It’s one of the greatest films ever made, and one of the finest ever depictions of true love between two men. 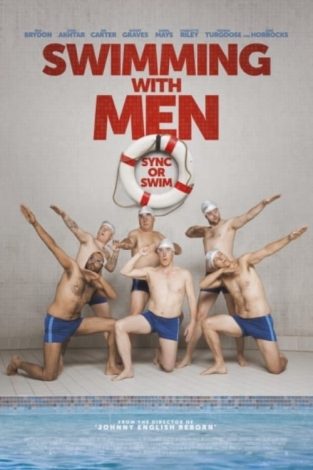