Ever the opportunist, Hollywood began capitalising on World War II almost immediately after it commenced with a whole slew of morally simplistic, loosely-veiled propagandist offerings. Even several decades later the likes of The Great Escape and The Dirty Dozen presented audiences with a glossy, star-studded representation of that conflict. It wasn’t until Steven Spielberg’s third feature focusing on that period in history (forth if you count his lambasted comedy 1941) that saw a studio offering which didn’t hold back on the incredibly brutal portrayal of life on the front line of combat.

Even mentioning Saving Private Ryan in passing, and those around you will immediately flash back to that astounding beginning which captures the massacre on Omaha Beach. Has there been a more visceral, heart-stopping opening 20 minutes to a film since? Forget those modern action films that are all about showboating the technical wizardry and seamless superhuman choreography – Spielberg’s relentless and harrowing sequence remains as impactful today as it was 20 years back. The utter relief when the US solders finally commandeer the German defence in the sand dunes is palpable in both the characters and audience alike, and it takes a good few moments for the viewer to regain composure before the plot actually kicks in. That in itself is some achievement for a motion picture.

Scooping up the hottest young acting talents in Hollywood at that time – Vin Diesel puts in a brief but memorable turn as one of the group’s disgruntled Privates – the ensuing mission that Spielberg puts his characters through succeeds in maintaining a strong dramatic thread even after what has come before. It must have felt like a huge gamble for the director to open his film in that way, potentially running the risk of reducing the impact of everything that follows. Thankfully, due to the committed turns from his ensemble and the inner conflict of their characters – many of whom are completely opposed to the assignment they’ve been given – we’re engrossed in their journey until the very end.

Speaking of which, it’s a shame that the film is bookended by those syrupy, sentimental latter-day scenes of an elderly veteran at the American memorial in Normandy. They belong in another film completely but it’s the kind of unwelcome slush that Spielberg can’t help but inject into even his most sombre films. Mercifully, these moments don’t manage to upend the content in-between. 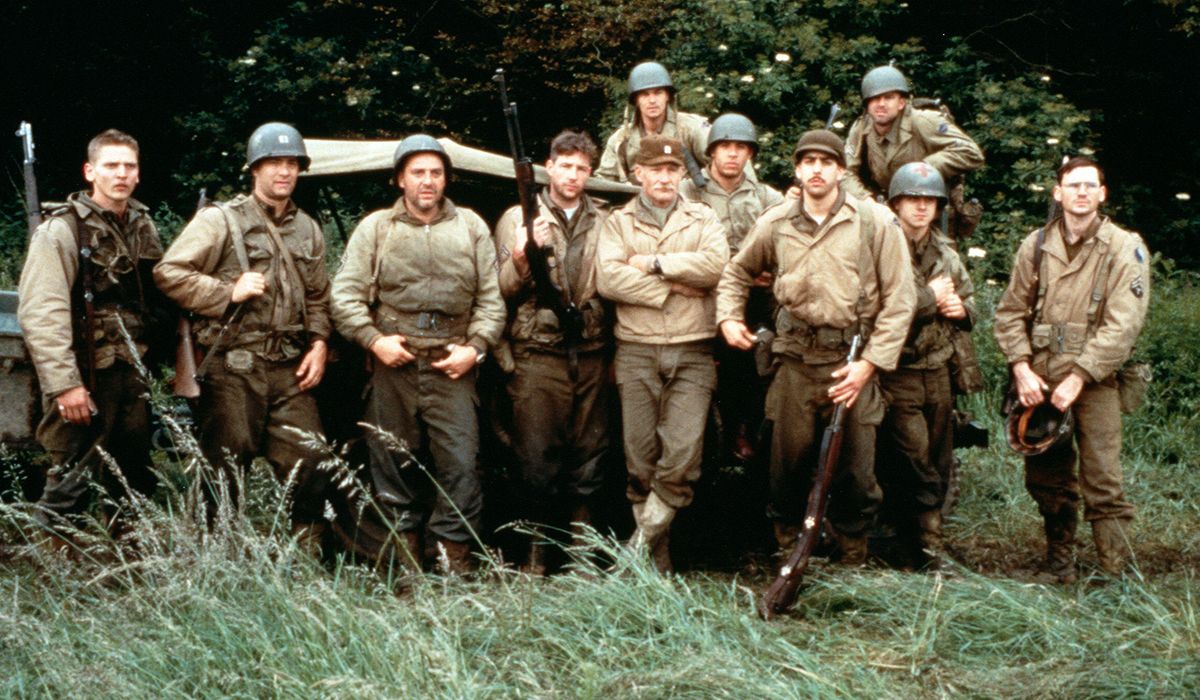 Irrespective of this small misstep, Saving Private Ryan is still required viewing and remains very much an influential piece of genre work. You can certainly see echoes of the film in last year’s Dunkirk, particularly in the beach-based mortar attacks as the debris flies uncomfortably close to camera. Terrence Malick’s more impressionistic but no less affecting The Thin Red Line from the same year proved that two very different cinematic voices could still conjure up an unforgettable and accessible vision of “war is hell” for the mainstream crowd. 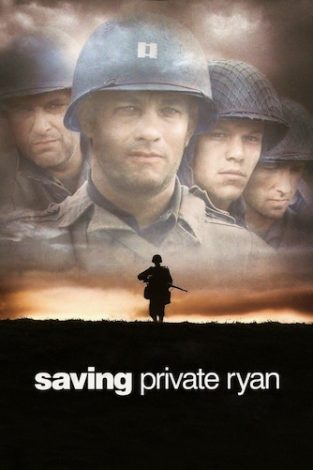