The Venice film festival kicked off its 2018 edition in tantalising fashion having bagged the latest collaboration between La La Land director and male star. With small steps and giant leaps, Damien Chazelle looks into the life and times of moon landing NASA astronaut Neil Armstrong in First Man. Ryan Gosling plants his feet into the icon’s space boots and took to the press conference to open up about his preparation, views and approach in depicting this historic figure.

THE STORY -“This is an incredible story and as complicated as it is, and as much as there are complicated opinions about it, it unified the world for a certain period of time: an accomplishment that transcended countries and borders. It became a human accomplishment and I love Damien’s instinct to want to bring people together through his films and transfer his love of cinema to the audience and imbue that to them.

BECOMING ARMSTRONG – “Neil Armstrong was famously an introspective, quiet and humble person and so the challenge was to honour that, but also create windows into what our interpretation was of what he might have been experiencing emotionally at that time. I had a lot of help with that as well, including working with great actors who helped to create context around that by saying things that I couldn’t say as the character.”

LEARNING TO FLY -“One of the first things that I thought I should do is learn how to fly. It was very important to Neil. Neil was flying before he could drive and it seemed like an important part of him. It wasn’t too long into my instruction when my instructor asked me to put the plane into a ‘controlled stall’, which is the equivalent of when a car stalls except you’re doing it intentionally for some reason. I thought in that moment ‘this is a terrible idea and there is a reason why Neil Armstrong was destined to become one of the greatest pilots and I am not’.

AN AMERICAN HERO? – “This was widely regarded as a human achievement and I think that’s how we chose to view it. I think that Neil was someone who was extremely humble – as were many of these astronauts – and he time and time again deferred the focus from himself to the 400,000 people that helped make the mission possible. He constantly reminded everyone when he could that he was just the tip of the iceberg. Not just to be humble, but that’s also true. I think he said that to be truthful. I don’t think Neil viewed himself as an American hero. I never got that impression. From my interviews and my experience with his family and people who knew him, it was quite the opposite and I think we really wanted the film to reflect Neil.”

ME AND CHAZELLE – “We met about this film initially, but there was this issue where he had to make a musical first. Even though the films were wildly different, they were both in his head at the same time and, in some ways, there was a similarity in how he viewed both of them. They both are films that lend themselves very well to the big screen and both are films you would want to experience in an audience with other people. I think Damien has an incredible instinct not only to what an audience wants to see, but in wanting to unite people through film.”

A DIFFERENT BREED – “Neil started as a test pilot before he was in the air force and there is a certain kind of person who will knowingly get into a plane hasn’t been flown and intentionally push it to its breaking point for the sole purpose of pushing our knowledge of aeronautics forward. It’s a certain breed of person and it was important for me to realise that it is very different from me and I had to recognise that difference in order to play him.” 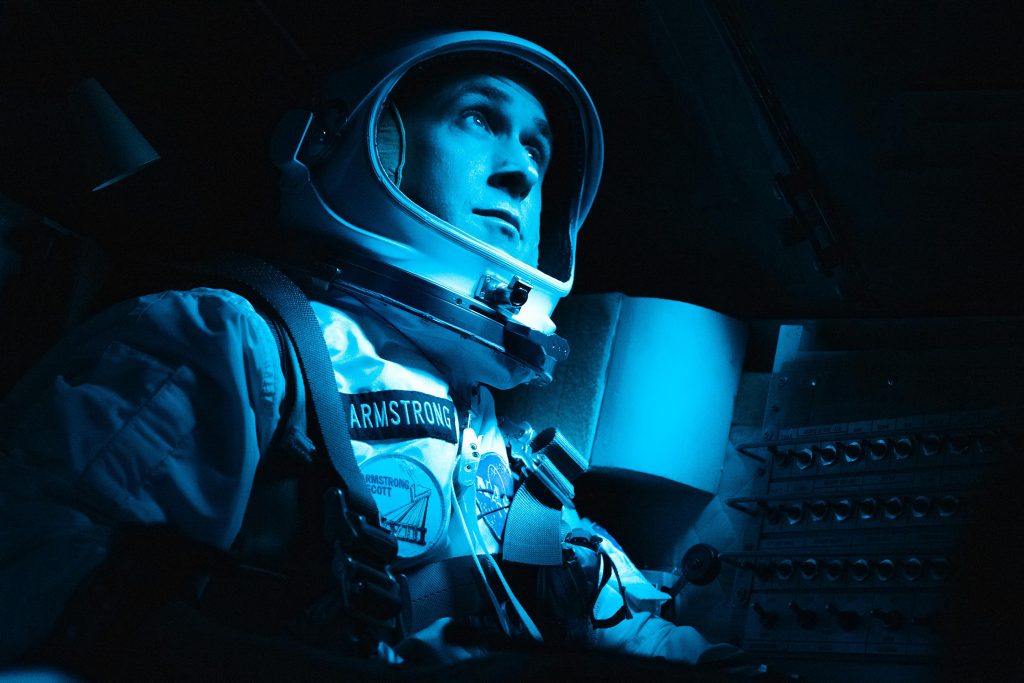