It was clear when she starred alongside George Clooney in Tomorrowland, that Raffey Cassidy was a young actress to keep an eye out for. Since then, a role in The Killing of a Sacred Deer confirmed her talent, while she has now turned in her best performance to date, in Brady Corbet’s Vox Lux. We had the pleasure of sitting down with the young English performer to discuss this latest project, as she discusses with us what it was like sharing the screen with Natalie Portman, the challenge of portraying two characters in one movie, and she also comments on her future, and why she’s not afraid of being famous. 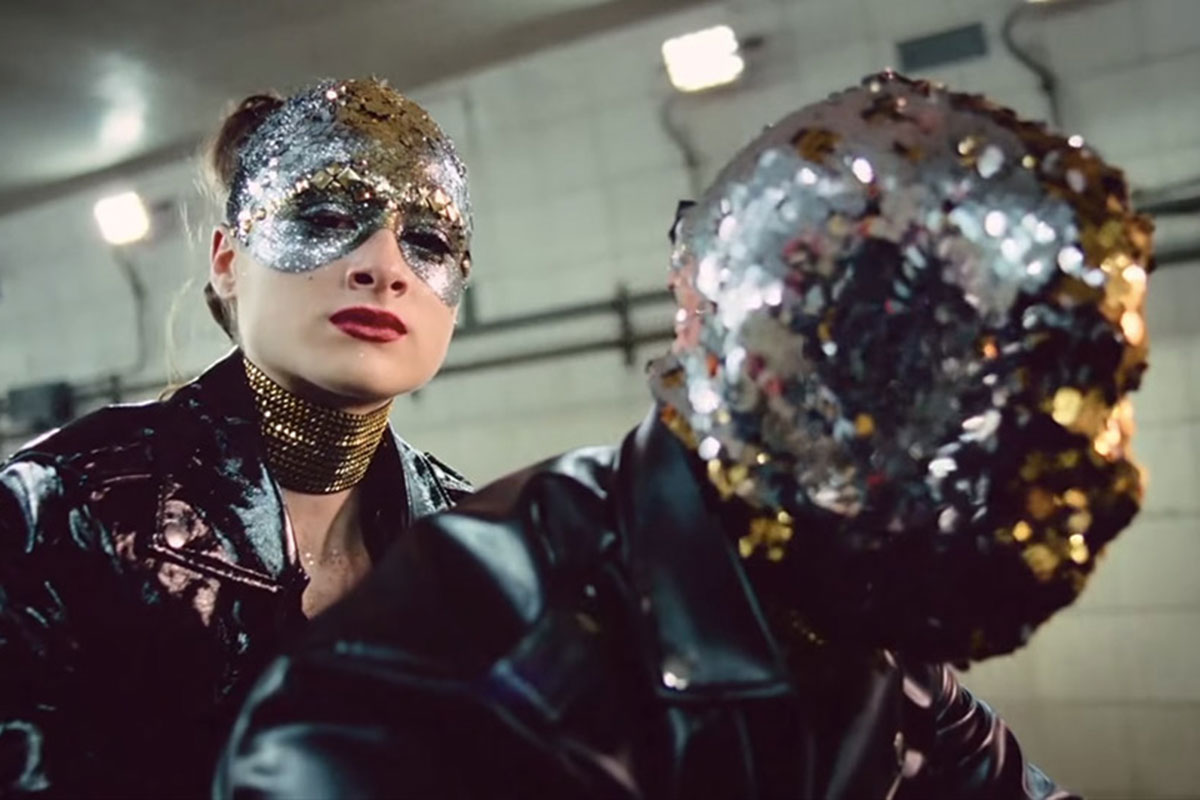 I’ve interviewed Brady before and he’s a great talker, when you get him on a topic he’s passionate about, he’s incredibly engaging. I was wondering about when you first met him, it must’ve been a no-brainer to sign up to a project he’s involved in?

That’s exactly what I’ve said a zillion times, one of the main reasons I got involved in this is because of the way Brady spoke about it. He was so passionate and enthusiastic and I’ve said, no matter what the script was, I probably would’ve done it because when anybody speaks about their work in that way, you can’t help but want to be a part of it.

You’ve worked with Yorgos Lanthimos too, you’re evidently attracted to working with very creative directors who don’t necessarily do things by the book, producing quite unconventional pieces of cinema. Is that something you’re quite drawn to as an actress?

Yeah, 100%. The creative ones have the more interesting scrips, and that’s what draws me to the project, and then I meet the amazing director behind it. But it begins with the script. As I have done more I’ve realised how important the director behind is, and them making you feel comfortable on set, so you don’t really care about doing anything in front of them, and with Brady I felt very comfortable with him. 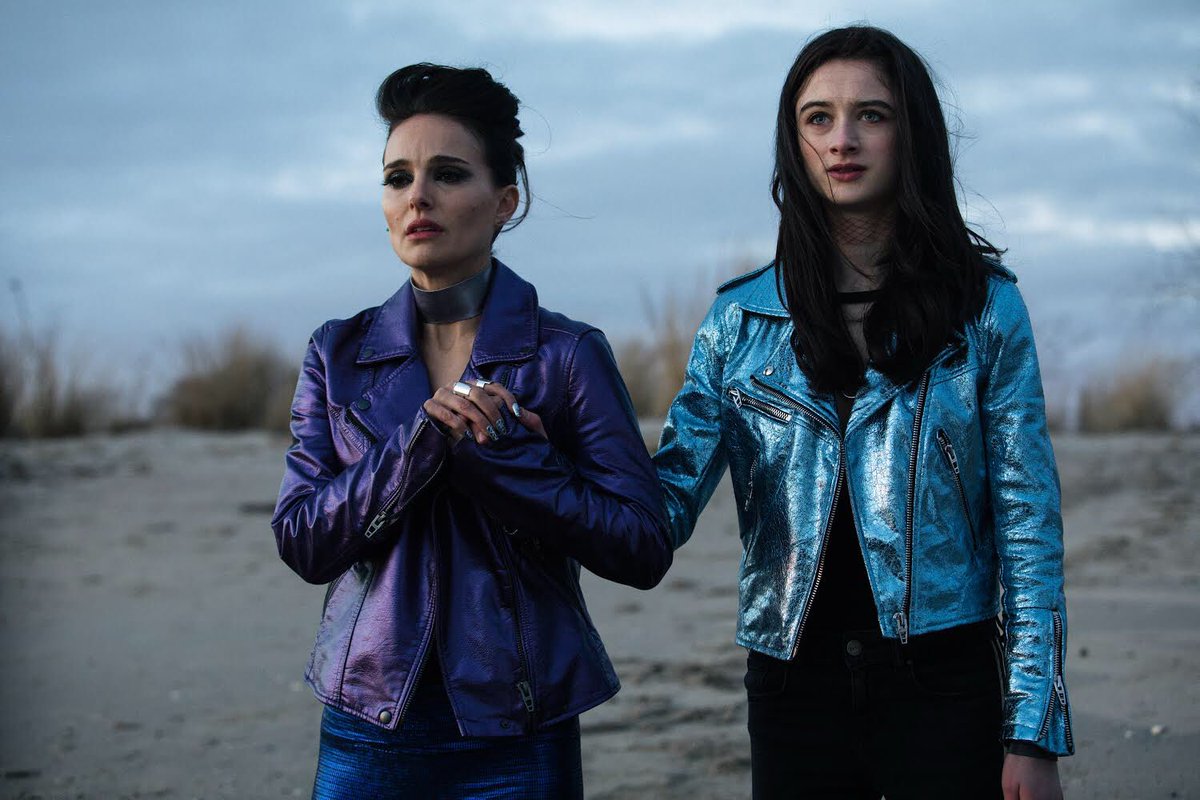 When I first read about the film and saw the synopsis, it felt like a study of a pop star’s rise from childhood to adulthood, and then the film starts off with a terrorist attack in a school, which really shocked me. When you first got the screenplay, were you taken aback by the film’s opening too?

100%. I guess in most films they wait before the event takes place, and we see what happens before, then it’s the event, and then the effect of it. But in this it throws you straight in, and that’s the point where the audience either likes this or they don’t. That’s one of my favourite parts of the film, because it doesn’t really give you a chance to warm up to it, it throws you straight in.

In regards to drawing any parallels between yourself and the character, just in a sense that she’s also getting into the entertainment industry at a young age, one of the differences you’ve mentioned before is family. How important is family during those years in making the right decisions at a young age?

I don’t know any different really. I have a big family who are actors, or doing different things, but they’ve all grown up around this industry. It’s really helpful because when you all have similar interests it’s fun to speak about it with them, and talk about what’s going on, and I take advice from my brothers and sisters and it’s really helpful. So it’s played a huge part, and not to go deep, but they say you’ll always have your family, and that’s an important thing for me, and something not everyone else has, which is a shame, so I’m very lucky to have that. 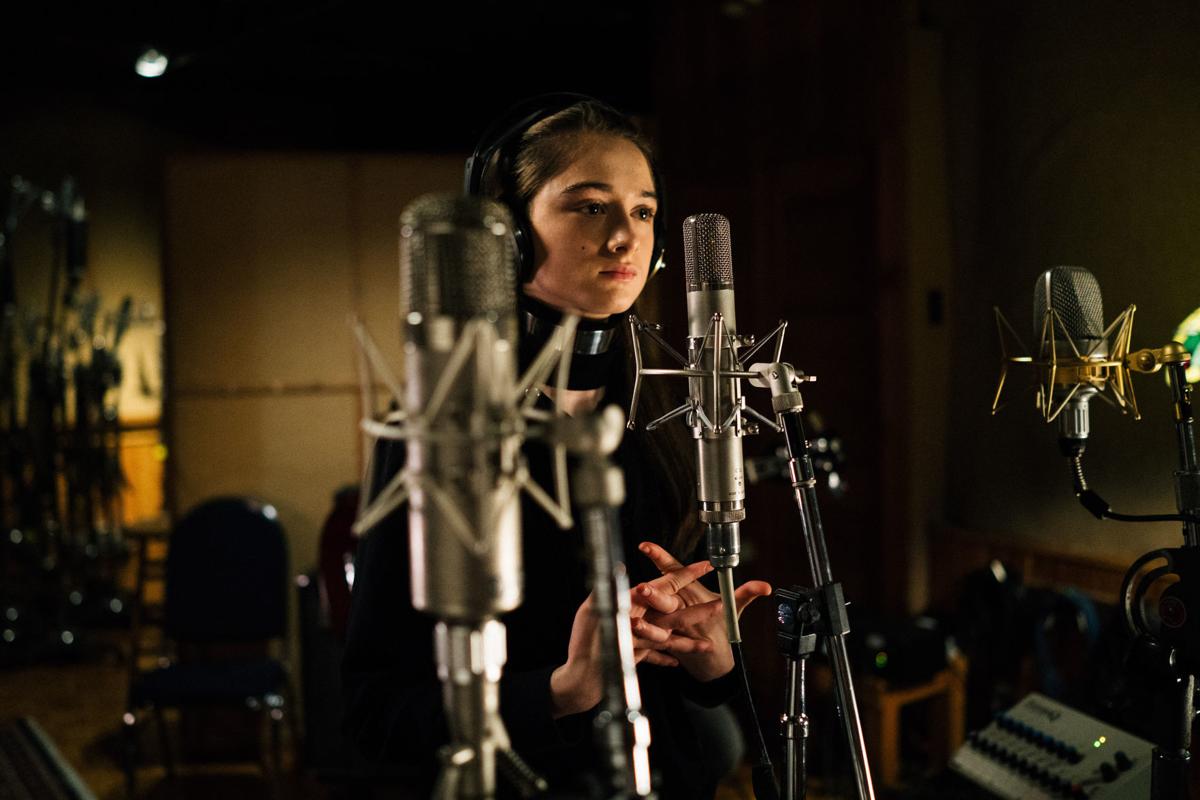 There are big differences between being a young actress and a young pop star – but did this film give you a flavour or what that side of the industry, and what that lifestyle could be like?

Yeah 100%. I had no idea of what that world was like, so it gave me a massive insight. I still don’t think by acting it I will ever know what it’s really like, because at the end of the day I was still playing a character.

In regards to playing the two roles – what are the challenges that come with that? Or is something that seems harder from the outside, and actually if you don’t overthink it and treat them like two different people, in two different movies, can it be easier than it sounds? We have this idea that you’ll sort of run off, change your make-up and run back on do a different character…

Which is what I thought I’d be doing when Brady told me about it. I think Tom Hardy did that for Legend. I think he literally did have a lunch break and then swapped characters. But for this I did it so that I did Celeste fully and then Albertine, which is really helpful. In a way it is really difficult to completely forget it, but when you do treat it as two different films it is quite simple, even when seeing the same story through a different person’s eyes.

Is there one of the two characters you enjoyed playing more?

I don’t think so. I had fun with Albertine because I could really just go anywhere with it.

Were there any pop stars or musicians that came to mind in that first half of the movie, that you used as inspiration?

To get into that cool pop star mode, there are some I love, like Katy Perry, and I watch her music videos. I just chose the ones I love.

So how was it working with Natalie Portman? She’s a real force in this industry, and you had a really long sequence with her, which must’ve been a joy to shoot?

It was amazing, and that was one of my favourite scenes. If I had to choose one scene to do with Natalie, it would be that. It was a long scene and Brady just let us go for it and explore where we could go with it, it was really fun, and each take would be different, and we didn’t have to do the same thing each time, so yeah it was really fun.

Do you still get starstruck? You’ve starred with George Clooney, and now with Jude Law and Natalie Portman – is there still that sense of ‘oh my God that’s Natalie Portman’ when they walk on set, or have you made enough films now that it’s been diluted somewhat?

When you first meet them, it’s like ‘wow’, especially when you’ve watched all their films and really loved them as an actor, it’s a moment of wow. But then you get to know them and you’re thrown in together into a place that allows you to get to know them quite well as a friend, so you just see them as a normal person. But I will always look at them and respect all of the work and their achievements.

And how was all that in terms of school? I remember once I scored the winning goal in a football tournament and turned up the next day like I ran the playground. You made a film with George Clooney.

Well, I ended up moving schools. I had two close friends and they got used to and didn’t really care what I was doing anymore, I guess it was the new friends who tend to ask questions. They’re always all very interested in what it’s like, which I get because you watch the film and you don’t actually know what goes on behind the scenes.

Has it changed the way you watched films at all? Now you work in the industry, when you sit down to watch a film now is it different?

I remember at the Tomorrowland press junket, turning up and seeing the people outside waiting for George Clooney. It got me thinking, he just wanted to be an actor, in the same way some people want to be doctors and some people want to be plumbers. But in this industry if you follow your dreams in your craft, fame becomes an inevitability. What are your feelings about that? Because the more you rise up through the industry and the more exposure you get, things like getting stopped in the street will happen more frequently. Is that something you’re prepared for?

Yeah, I guess it’s quite scary in a way, but I think it’s an amazing thing to be able to be known for your talent. If you have a talent and people recognise you for it, I think that’s amazing, for people to be so invested in such a thing. I would never, ever dream of being famous, but I would like to be known for a talent. I would love that.

Is it odd seeing yourself grow up on screen? Most of us may have the occasional picture of home video when we 10 or 11, but you have it all in film.

All of my awkward faces [laughs].

Like when you watch Tomorrowland, do you recognise that person as being you or does it almost feel like someone else?

I remember the other day actually, I thought I was much older in Tomorrowland than I actually was, but then I saw a clip of it and I was actually a lot younger than I thought I was. So when I think back and remember films I always think I’m the same age. Then I look and realise I look really different. But I always feel the same. I feel like I think the same.

Do you remember that moment when this went from being a dream, or something you wanted to do when you were older, to being a career? Because now I’m assuming when people ask what you do, you’d say ‘I’m an actress’?

I don’t know, t’s 100% what I want to do, I want this to be my career, but it still feels like a hobby, it doesn’t feel like a career of because that makes it feel like work, and this is just fun for me. I’m just having fun, and at the moment it doesn’t feel like a career. There was no point, I just do the next one and find another cool script, but it’s never clicked in my brain that this is my career, but I know I want to do it for the rest of my life.

It may be a little premature to ask this, but thinking because of Brady obviously starting off in the industry quite young and he’s now making movies – but is that something you think you may ever get into one day? To step behind the lens, be it directing or producing.

Yeah, you know what, up until recently, I made a film in February, March time, and before that I always thought, no way will I ever direct or produce, I don’t think I could do that, but on the last thing I kinda realised that I do actually really want to do it.

Vox Lux is released on May 3rd