The Hurricane Heist is really pure, uncynical entertainment. How vital is it that we still have films of this nature?

I think films should be entertaining, and I’ve been repeatedly beaten over the head for that by the critics but I really love going to the movies and being swept away in some unexpected journey and I want the films to be fun, and if you’re going to do a heist in the middle of a hurricane, if that’s your idea, you better have fun with it.

We’ve had this with Suicide Squad and Justice League, where actors have come out and said it’s a film made for fans not critics. Do you as a filmmaker see a line between the two?

You know when you take on a movie like The Hurricane Heist you are not going to be a critic’s darling. And they’re not going to see all of the technical, imaginative things that it took to create this story, it’s not The Shape of Water. It’s not Three Billboards. It’s just a dumb thing for dumb people who just wanna be entertained. I find that to be a constant reaction to action films, except when there’s a political correctness like in Black Panther, where they needed to praise it or they look like a racist or something. Somewhere along the line the critical dial moved against the entertainment movie and towards the more personal movie, and that is the way it is, so you know going in what you’re facing.

How difficult is it to not take yourself seriously and yet at the same time not compromise on the severity of the situation, or the audience’s investment in the character’s survival? To get that tone right?

Well it’s very difficult, and you have to keep it in your mind all the time. If you take it too seriously the movie becomes turgid and not the fun you want it to be, but if you have too much fun with it you lose the reality and the weight of the situations so you need to balance between between keeping the impact and the danger and the tension while at the same releasing it in gonzo, crazy ways.

It’s a mixture of the heist movie formula and the disaster movie formula – when making it did you approach it as being one or the other?

Well you have to be true to both laws, both rulebooks of heist and disaster movies. You need to lay the heist down on rails that could be self-supporting if you were making a heist movie and at the same time you have to have the threat and the visualisation of that threat for a disaster movie.

There’s something about big, natural disaster movies that breeds such compelling cinema, and yet there’s not that many of them. This suggests it’s because they can be quite a challenge to undertake – did you find this a particularly challenging task?

This was a really challenging film on every level. Physically it was challenging because the conditions we had to live in to make this all happen, the millions of gallons of water, the wind we were creating, all the tricks involved to make the thing look like a real hurricane, it created a huge amount of noise and you couldn’t hear yourself think when all the different machines were turned on. So everything became a bit of a challenge and I think that’s the crucible where the movie is either made or broken, in how you deal with balancing all of those story forces while at the same time trying to execute a sort of heightened reality.»

You were the director of the very first Fast and the Furious movie, and it has since become this remarkable series of movies – could you have foreseen that? When you made the original film did anyone involved envisage it would have the longevity it’s gone on to have?

No, in fact when I presented the idea of a sequel to Universal they laughed at me and told me that I caught lightning in a bottle once, and I wouldn’t be able to do it again, that’s a direct quote. So no, it was not a foregone conclusion by any means. But it’s been a wonderful journey because it started out with what I had in my mind and now it’s evolved over 20 years to something quite different, but it’s still the talk, the attitude, the styling and the actors have primarily remained the same.»

For my bank account, it was probably a bad idea, but it’s hard for me to bring the inventiveness twice to the same project. I get off on the originality not on the regurgitation. I literally don’t go out trying to make a sequalisable movie, I really go out and try and make the most entertaining two hour, exciting experience I can for an audience and if they want more, God bless us. But you just gotta do the first one right and more often than not it’s the only one you get to do.

Though The Hurricane Heist is an entertaining, escapist blockbuster, at the same time with global warming and the severe weather conditions in the world, and particularly in America, was it your intention to explore our mistreatment of the planet, even as an underlying theme?

Yeah definitely. To me the reality and the absurdity of Trump and his baloney had to spoken to. If you’re going to do a movie like this, you cannot just go through it like, oh yeah it’s all funny, the hurricane is because of global warming and I had to give Toby’s character a speech about that and it was originally a lot longer but it got to be too much like preaching. But I felt very strongly that you have to say, the reason these hurricanes are getting worse, the reason they’re more frequent, and wiping out Houston and Puerto Rico and New Orleans, is because this is the beginning, Category 5 is not the end, there’s going to be Category 6, and we’re going to kill thousands and thousands of people because we keep abusing this beautiful planet. Now we have a retrograde President who thinks that dismantling the EPA is his highest duty, and it makes me sick to my stomach.

Does it still shock you that there are climate change deniers out there? People who are denying science?

Yeah, it’s held over from the middle ages this attitude. It’s really like, oh no man cannot mess up God’s work because God is more powerful and it’s like the people who believe the Earth is six thousand years old. People put on blinders to everything and one of the ways they’ve managed to do it is to undermine science. The minute you don’t believe science, all these ideas become much more explainable or acceptable, but there is a thing called science and there is a thing called the reality of this planet, and it’s being challenged almost to the point of defeat.

Finally, a quick word on Toby Kebbell – he’s a great actor. How much does he bring to this role? To have someone so nuanced in such a big, blockbuster environment?

I met Toby a few years ago on another movie and I never forgot him. When I started casting The Hurricane Heist he wrote to me, he said that he read the script and he wanted to play Breeze. So I called him and said alright, done, you’re Breeze, because I loved him and wanted to work with him badly. Then we started casting for the lead and I was having trouble, I kept seeing all these guys who were too pretty, too young, they didn’t have the right grit and masculinity, so I kept casting and then one day I met Ryan Kwanten and he came over and we had a great talk and I realised, he’s good for Breeze too. Then I thought, wait a minute, Toby’s in the wrong role. I took him to dinner and I proposed to him switching parts with Ryan and he choked up, he couldn’t believe he’d be the lead in the film and I said absolutely, you’re one of the great movie actors of our time, and he said yes and Ryan was happy and that’s how Toby got to be the lead, it was an evolution. I know he had a really good time too, he loved doing his own stunts and it was really an adventure for him, and I loved being able to provide this adventure. 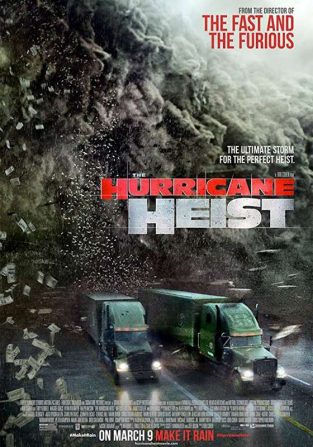