Traditionally, the sci-fi genre has been the place to explore big ideas, even if the budget is anything but epic. The 60s Star Trek TV series is a prime example of this. Many of the show’s episodes – some written by prominent sci-fi authors of the era – flirted with grand concepts and potent allegory which often could only be explored via dialogue, owing to limited costs and the visual effects constraints of the day. But more often than not, those ideas were strong enough to transcend the practical limitations.

Cinema has long been a proponent of ultra-low budget but impactful sci-fi, with films like Primer, Pi, Monsters, Another Earth showing a resourcefulness in theme and story with very little money to play with. While it isn’t quite on a par with those aforementioned films, 2036 Origin Unknown is still an intriguing and through-provoking little yarn which is bolstered no end by a fantastic, fully committed lead performance from Battlestar Galactica’s Katee Sackhoff and an absorbing, distinctly dystopian premise.

The film’s budgetary limitations are clearly laid out in the brief prologue, when the first manned expedition to Mars is brought down near the planet’s surface. We never see any of the astronauts, we only hear their fate via a crackly transmission played out as the ship slowly trundles across the galaxy until it unceremoniously explodes. We then flash forward a few years to an ambitious astronaut (Sackhoff), heading an investigation into a mysterious object found on Mars (clue: it’s not a Monolith), learns that her authority at a secret facility run by the United Space Planetary Corporation has been wrestled away from her. Instead it’s been entrusted to a HAL 9000-like artificial intelligence system called A.R.T.I. which might be harbouring ulterior motives of it’s own.

Largely a single-set two-hander between the disgruntled Sackhoff and her AI companion, it’s a simple set-up, but Sackhoff really sells the whole scenario. The stage-like confines offer some meaty dramatic moments, which she delivers with aplomb. Even though Sackhoff is well-versed in the genre, it still takes a talented performer to not only carry a film but also to breathe life into those interactions with characters on screen and a semi-sentient colleague. Weirdly, for a film directed by an ex-visual effects supervisor (Hasraf Dulull), some of the landscape and probe animation on Mars is a little too prosaic and After Effects-y, but ultimately the director’s ambitious and cerebral vision wins through. While the slow pacing and largely claustrophobic setting may be a challenge for some, there’s more than enough to chew on here for dedicated genre fans. 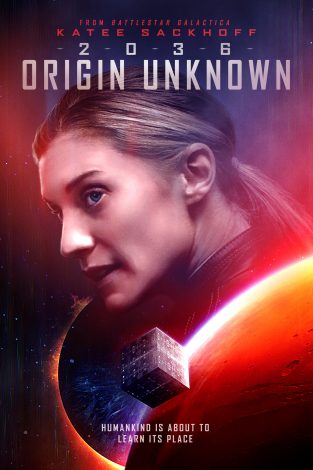