VENICE | Premiering at Venice today, Todd Phillips’ Joker gives the Gotham super-villain a real world treatment of tragedy and madness. Joaquin Phoenix talked to journalists following the first screening about how he prepared for the role of Arthur Fleck better known as Joker.

The Joker has become an American Hamlet. A character that actors like to bring their own interpretations to. How much has past interpretations influenced you and how did you decide on your own?

Joaquin Phoenix: For me the attraction making this film and this character was that we were going to do it in our own way. So I didn’t refer to any past iterations of the character. And for me it was just that I came to it fresh. 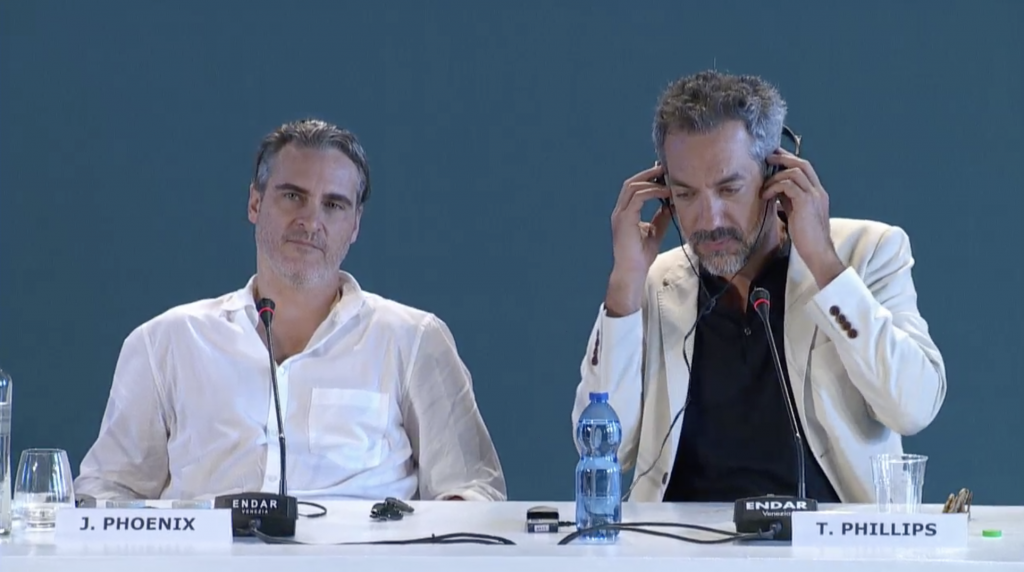 Did you approach the character with no boundaries or rules?

Again what was so attractive about this character is that he’s so hard to define and we didn’t want to define him. There were times we would identify a certain part of his character or motivation but then I’d back away from that because I wanted there to remain a mystery to the character. Every day we were shooting we were discovering new aspects of this character and new shades to his personality. I mean up until the very last day. 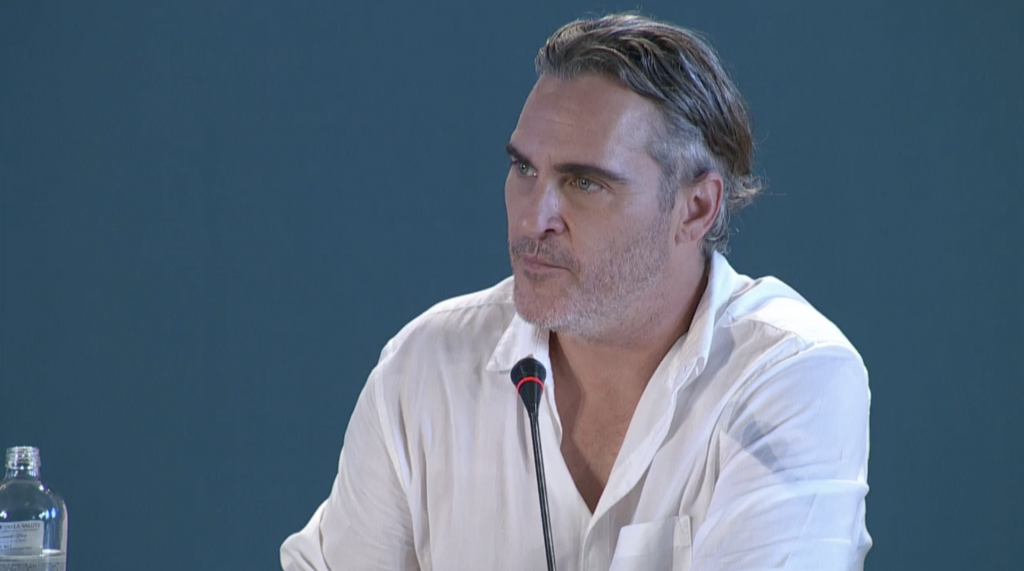 How did you prepare physically for the role?

The weight loss was what I started with. As it turns out that affects your psychology. You start to go mad when you lose that amount of weight in that amount of time. So I started there. I started with the script, talking with Todd. There’s a book about political assassins which breaks down the different types of personality that do those sorts of things. But again as soon as I started to identify Arthur as a particular type, I also wanted the freedom to create something that wasn’t identifiable. I didn’t want the psychiatrists to be able to identify the kind of person he was. We’d get into the medication, what issues he would have. We always feel like lets step away from that and have the room to create what we want so there was this balance. 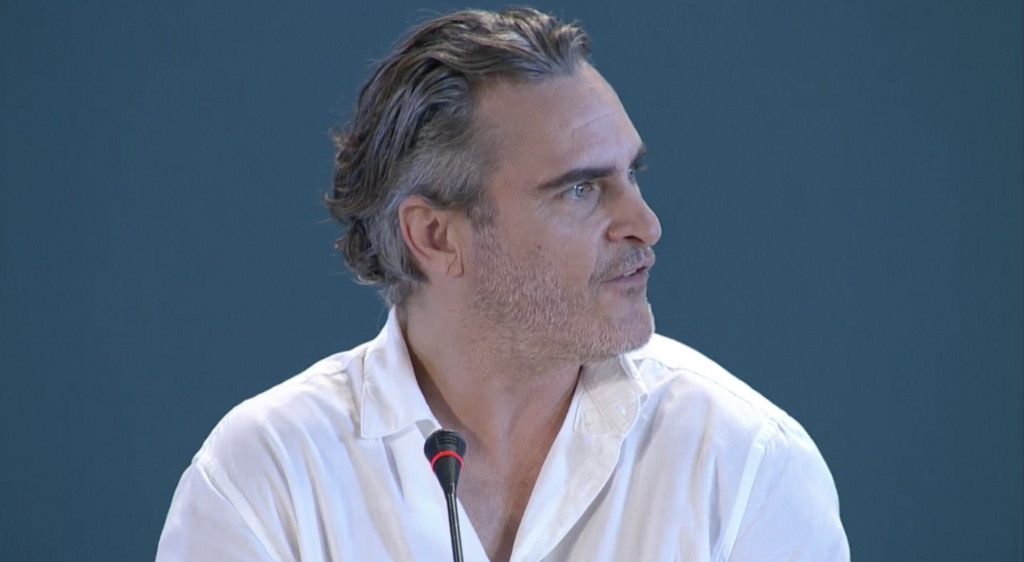 Very early on I was given Arthur’s journal and joke diary because that was really helpful. I’d been working a couple of weeks and was uncertain and Todd sent over an empty journal, and so I struggled to write in it and Todd sent over some ideas and then after a few days, I ignored Todd’s ideas and it just began to flow out.

How did you get the laugh?

Before I even read the script, Todd came over and talked me through what he wanted the film to be and he showed me some videos. And he described the laughter as something that’s almost painful. It is part of Joker that is trying to emerge. And I thought that was interesting because we all kind of assume we know what a Joker laugh is and this was a fresh way of looking at it. I didn’t think I could do it honestly. So I practiced alone but I asked Todd to come over to audition my laugh. Because I felt I had to do it on the spot and in front of someone else. I didn’t want to fake it. I wanted to find it. And Todd said please don’t do this, because it was so uncomfortable. 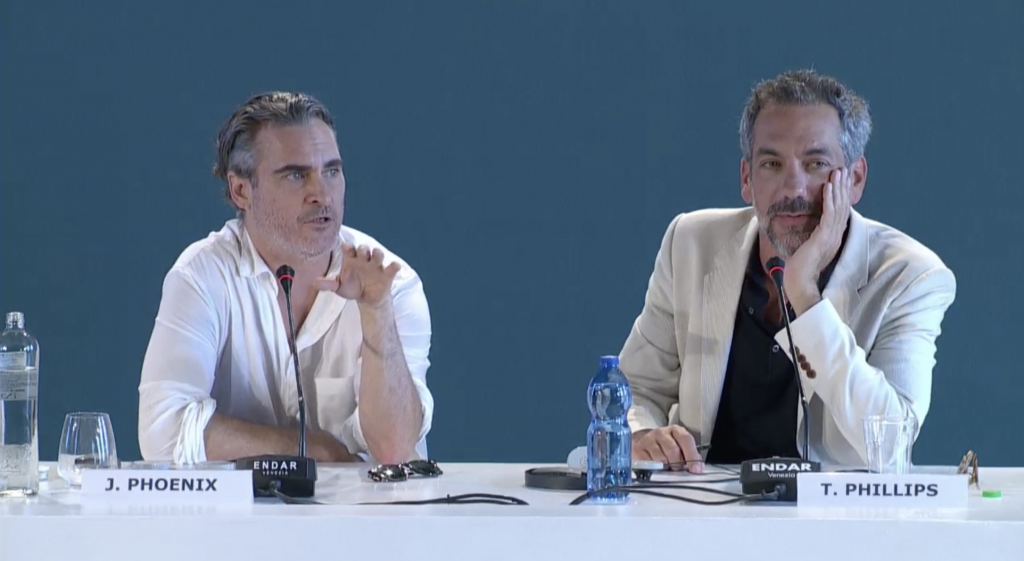 That was a key transformative moment for us and with Hildur’s [Guðnadóttir] music we found an energy.

Why are you attracted to these tormented characters?

I was interested actually in the light of Arthur. That kind of aura. Not just the torment but it was his struggle to find happiness and to feel connected and to feel warmth and love. That was the aprt of the character that was worth exploring. I don’t think of a character as tormented. I don’t ever try to define characters that way. It’s only when I come to do press that I get asked these questions that i begin to think of it like that. For me it was eight months of exploring this person who is very different to know and it is difficult to get that down to a soundbite as to who he is. He was so many different things to me at different times. Who he was the first few weeks of shooting was completely different to who he was at the end. It was something that was constantly evolving. I don’t think I’ve ever had an experience quite like this one.