Say what you will about Ridley Scott’s latest returns to the Alien universe, the man has made some genre-defining films. He’s had his fallow periods, but has always found a way back to the top, either through Oscar-baiting spectacle or back-to-basics simplicity. Our writers face off to decide the greatest film from the great director’s body of work. It’s not the Gladiator Coliseum but it’s close. 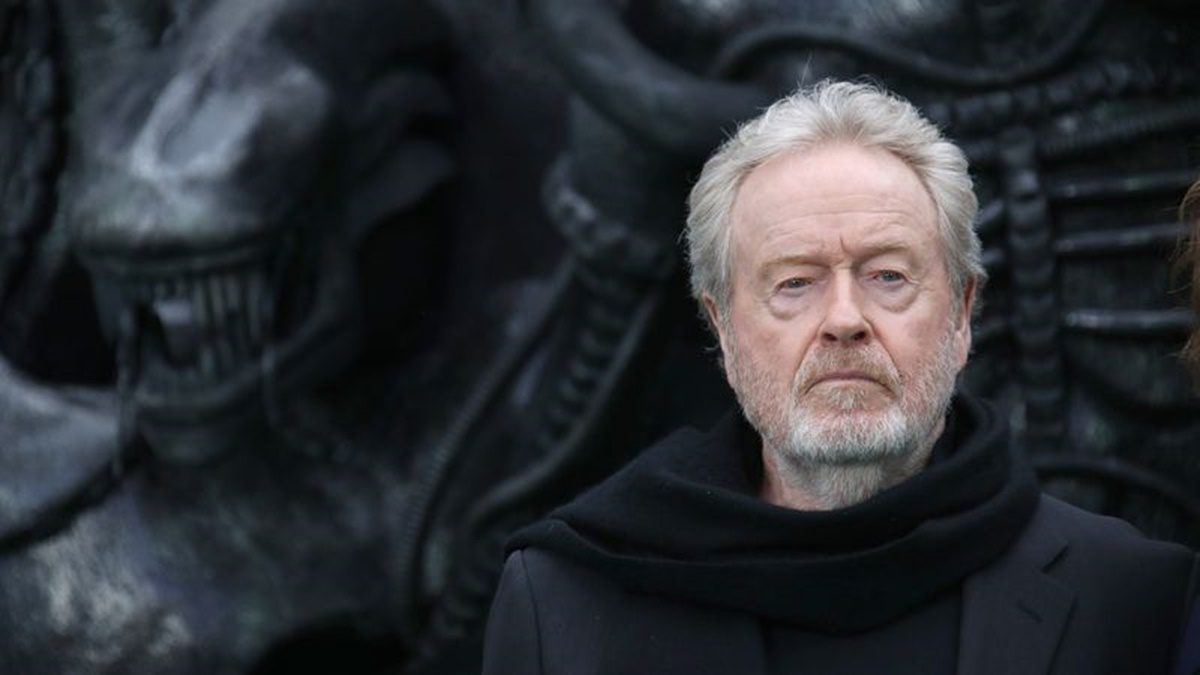 Mark Grassick – THE COUNSELLOR
I went back and forward on a few different films for this one. Alien and Matchstick Men are right up there for me, two of my favourite films by any director, but I couldn’t stay away from The Counsellor. I understand why nearly everyone hated this film – and it is a film that inspires hatred – because it’s ponderous, pretentious and almost aggressively contrary. I think that’s why I love it so much, as well as the fact that I am automatically programmed to love anything from the pen of Cormac McCarthy. It defies everything you’d expect of a cartel film. Just when the bullets should start flying, The Counsellor starts monologuing about mortality: “When it comes to grief, the normal rules of exchange do not apply, because grief transcends value. A man would give entire nations to lift grief off his heart. And yet, you cannot buy anything with grief, because grief is worthless.” You don’t get dialogue like that in Narcos. The Counsellor is Scott and McCarthy, two men of another era, making a film that doesn’t fit into any era. I have a lot of respect for that. 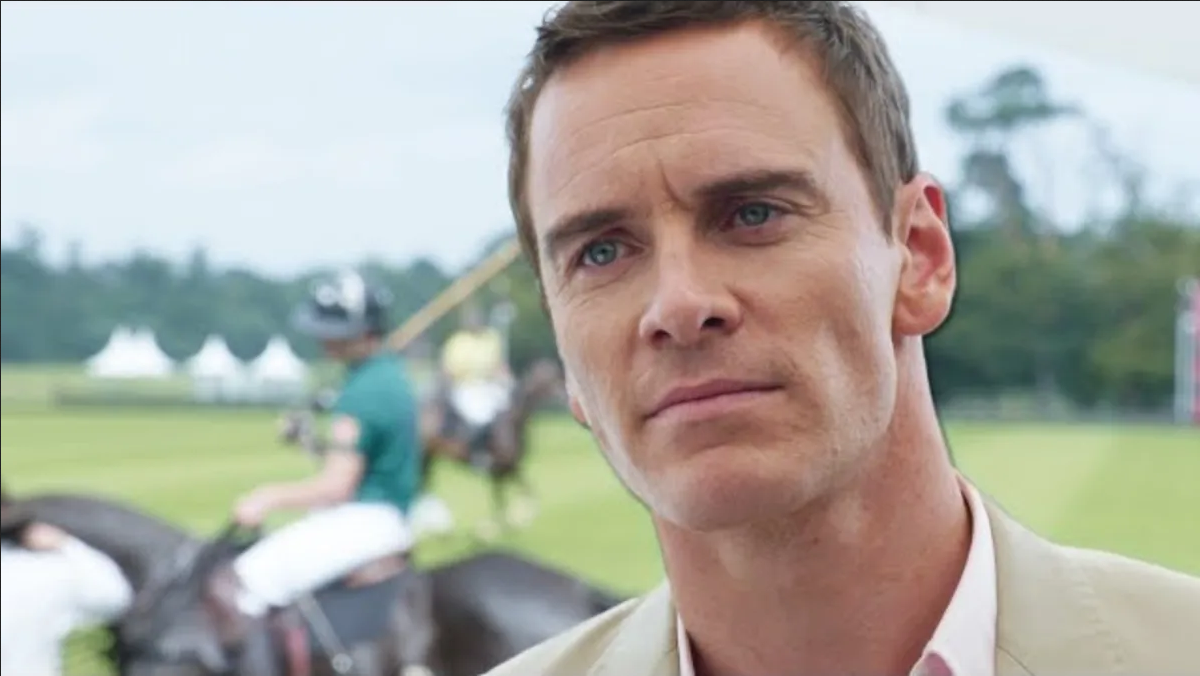 Jo-Ann Titmarsh – THELMA AND LOUISE
Back in 1991, there were very few conversations being had about the Bechdel test. But Ridley Scott knew exactly what we wanted to see: fabulous women forging an unbreakable friendship while blazing a trail across the American southwest. The director shows the power unleashed when women are unshackled from social norms. His two leads grow in stature and beauty as they shrug off their old identities and embrace their new-found freedom. The film is funny, empowering and moving: it is the ultimate female buddy movie, which also manages to make men look pretty good (for every slimeball there is an honourable man showing us some good guys are out there). Susan Sarandon and Geena Davis shine as the unlikely outlaws, Brad Pitt makes his shirtless debut and women the world over lapped it up. The film is almost 30 but looks as fresh as when it was released – the only dust is provided by the red clouds of desert kicked up by its trailblazing heroines. 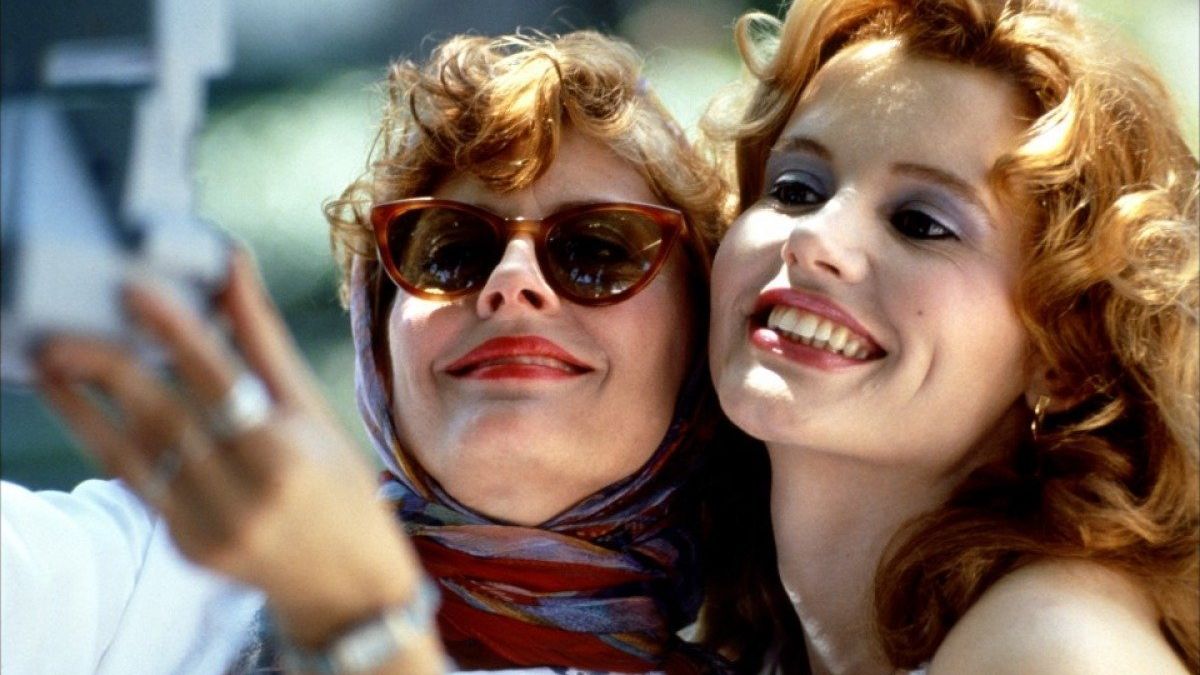 John Bleasdale – BLADE RUNNER
I couldn’t see Blade Runner at the cinema because it was an ‘A’ certificate and I was ten. Instead I read the novel. So, thanks for that Ridley Scott – introducing me to Philip K Dick at a tender age. I finally saw it on a VHS rental. A big Warner Bros box. It blew me away. It looked amazing. I already loved Harrison Ford from Star Wars, but boy was this different. So dark. So weird. And Rutger Hauer was like Max Headroom’s sexier brother. He’d do adverts for Guinness – “It’s not easy being a dolphin”. And the soundtrack by Vangelis was amazing – though you could only get an orchestral version for years, which I still kind of prefer. One late night, on ITV they accidentally showed the Japanese cut and that was weird. I watched it on a small black and white portable TV I kept by the bed. It looked like an old film noir from an alternate Dickian reality. Every watch revealed new depths, new details, moments that weren’t lost like tears in rain, but could be if you weren’t careful. Ridley Scott would fiddle away at the film for years and I got to see it on the big screen several times. But the fact is I like the narcoleptic voice over – “sushi… cold fish… that’s what my ex-wife used to call me” – and The Shining happy ending. And I love that a film about replicants and authentic humanity itself became lost in a loop of replication. Never has Scott’s visual flair been so lushly on display. By all accounts it was hell to make the film, but Lord was it worth it. 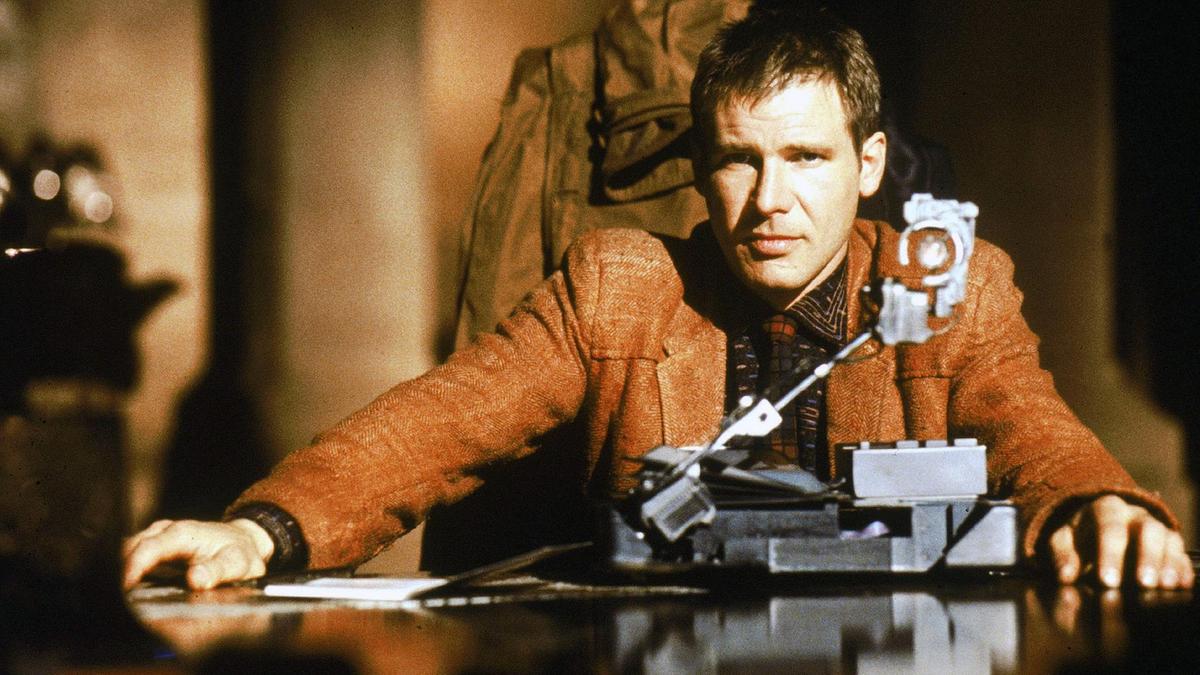 Stefan Pape – ALIEN
Alien is 40 years old. If it were a footballer, it would be retired and doing bad punditry on the telly. The film was even made before the birth of Jordan Peele, who has since grown up to become the best horror filmmaker working today. But we’re sure even he would cite the film as being one of the great influences on his career, as a pioneering movie that changed the face of the horror genre as we know it. An intelligently paced, slow-burning psychological nightmare that terrified me as much as a child as it does now. There are many reasons why. The way Ridley Scott blended horror with science-fiction, enriched throughout by the sense of the unknown, not to mention Sigourney Weaver, as one of the greatest ever on-screen heroines in her depiction of Ripley. There’s a reason Alien stands up today and why it’s been gifted a cinematic re-release to celebrate this anniversary, because this film is bloody brilliant. 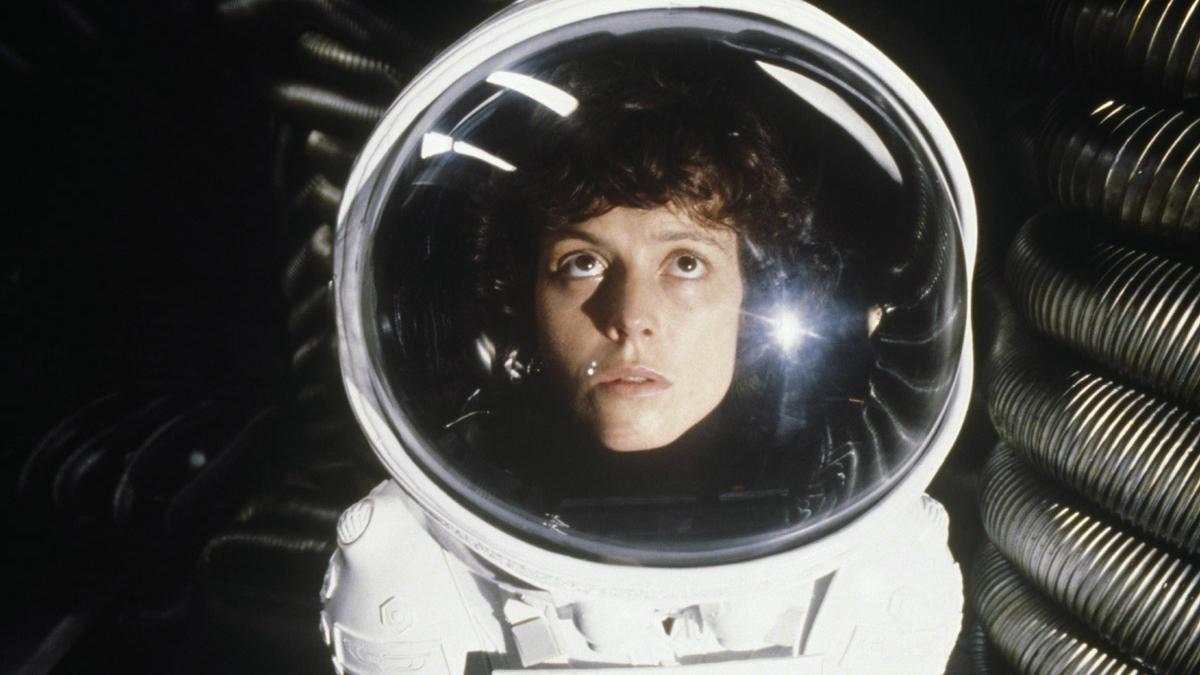 Greg Wetherall – THE MARTIAN
I’m not going to lay claim that The Martian is Ridley Scott’s masterpiece. It is not. This 2015 space romp is, however, an antidote to the relentless dark dread of Scott’s incontestable classic, Alien. Matt Damon’s Mark Watney is incomprehensibly buoyant of mood for a man alone on Mars after a storm left him presumed dead. He has faith in his botany skills to ‘science the shit’ out of his predicament. And this he does. The Martian is certainly not the shop in which to stop if you’re in the mood for substantial soul-searching or existentialism. It isn’t Moon. It isn’t Solaris. Instead, it is a rollicking popcorn blockbuster. ‘Castaway-in-space’ is the obvious reference to sell, and there’s nowt wrong with that. Sometimes, all you need is a bit of genial, escapist fare. On those specific terms, The Martian is one of the most enjoyable entries in the revered filmmaker’s catalogue. 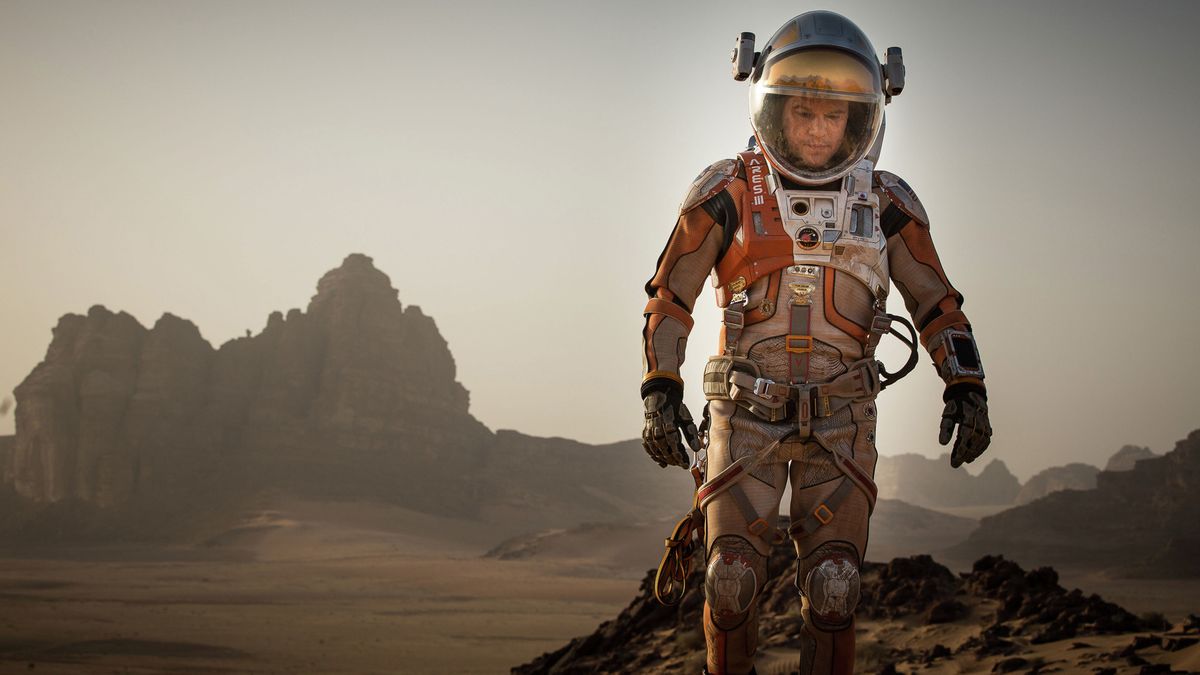 Adam Lowes – BLACK HAWK DOWN
For me, Scott has never topped that stunning double whammy of Alien and Blade Runner, but 2001’s Black Hawk Down stands up there with the likes of The Martian and American Gangster as his best efforts in this century. Using a ridiculously starry ensemble – amongst the more seasoned players of that time are the likes of pre-A-lister Tom Hardy and Game of Thrones’ Nikolaj Coster-Waldau – the director manages to depict the confusion and disarray of combat incredibly well. He does this whilst maintaining a clear geographical route for the audience to follow, despite the multitude of characters occupying the frame (this is helped immeasurably by using that large cast of familiar faces). It’s the work of a technically-virtuosic filmmaker, incredibly confident with cinematic storytelling and staging visceral action beats, and even if the film itself refrains from much in the way of polemics, it’s a powerful piece of mainstream cinema and a largely underrated entry in Scott’s crowded resume. 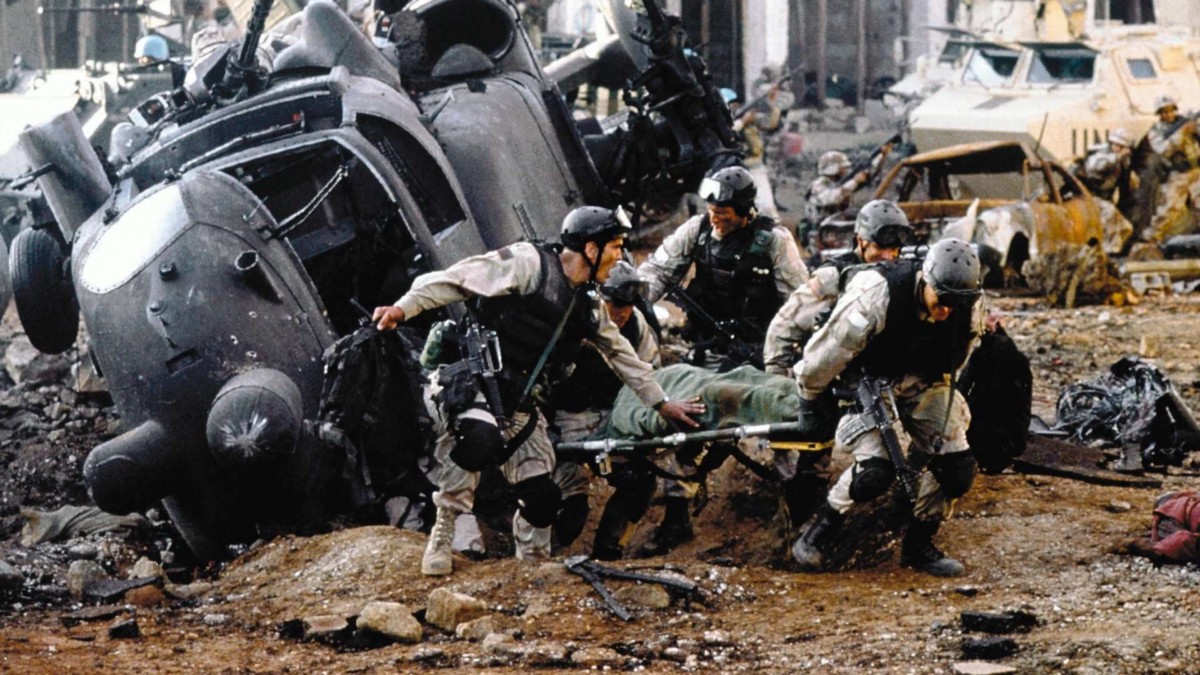