Alexandre Desplat’s thematic score to Guillermo Del Toro’s film, The Shape of Water won a 2018 Golden Globe and an Academy Award for Best Score. Now, the french film composer is back with another great soundtrack. Desplat’s Isle of Dogs marks the fourth collaboration with Wes Anderson following Fantastic Mr. Fox (2009), Moonrise Kingdom (2012) and The Grand Budapest Hotel for which he won his first Oscar in 2015. Isle of Dogs tells the story of Ataru Kobayashi, 12-year-old ward to corrupt Mayor Kobayashi. When, by Executive Decree, all the canine pets of Megasaki City are exiled to a vast garbage-dump, Atari sets off alone in a miniature Junior-Turbo Prop and flies to Trash Island in search of his bodyguard-dog, Spots. The soundtrack will be released by ABKCO March 23. Fox Searchlight Pictures will also release the film in US on the same day.

More of Isle of Dogs 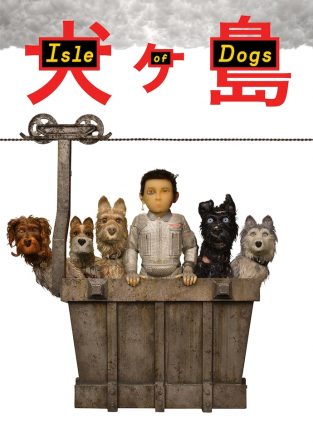