Everybody knows Humphrey Bogart. Other than Marilyn Monroe and Mickey Mouse, there’s hardly a Hollywood icon who is more instantly recognisable than the trenchcoated king of cool. But if all you’ve seen is Casablanca and The African Queen, you’re missing out. Bogie was an actor of some range and here are five dynamite classics that you can find on CHILI to prove my case. 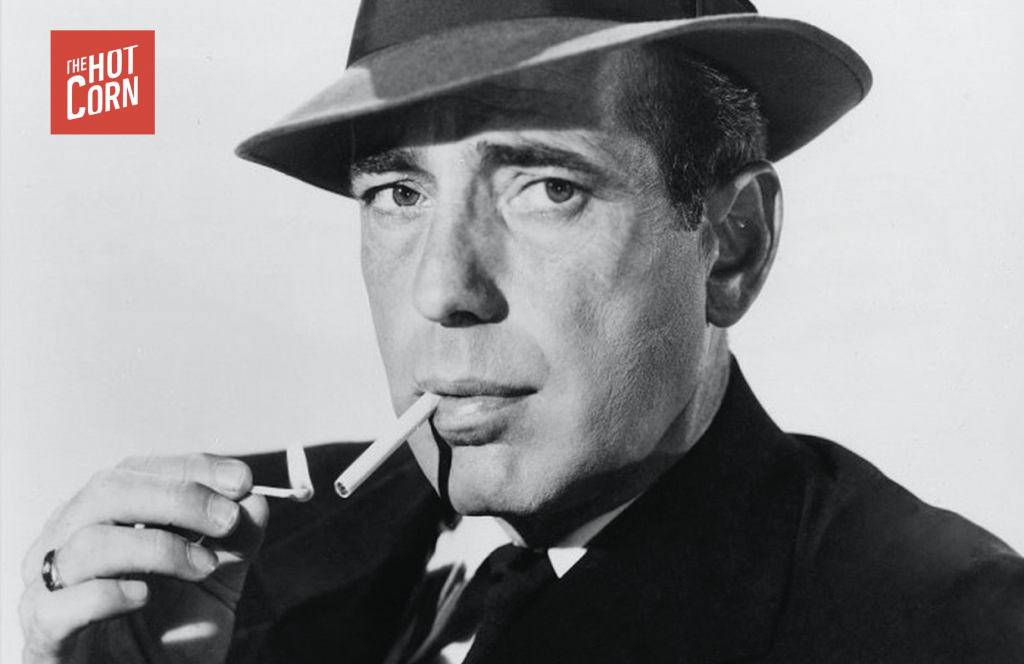 THE MALTESE FALCON – Bogart had two men to thank for his career George Raft and John Huston. The former because he would turn down the roles which would later make Bogart, an aging bit part actor into a legend. And Huston because he was the director who understood the essence of Bogie and crafted filmic universes in which his weary cynicism almost looked heroic. Almost. Dashiell Hammett’s novel had already been twice when Huston got his hands on it in 1931, but Bogart’s performance nailed Sam Spade the fast-talking – ‘whaddya want me to do? Learn to stutter?’ – gumshoe who becomes embroiled in a deadly treasure hunt for the titular bird. The film also brings together for the first time Peter Lorre and Sydney Greenstreet who would support Bogie in Casablanca and Beat the Devil.

TO HAVE AND HAVE NOT – According to legend Howard Hawks bet Ernest Hemingway he could make a great movie from his worst book. If true, Hawks won by forgetting the source material and remaking Casablanca in Martinique, but what elevated the story of gun running, Nazis and piano players was the introduction of Lauren ‘Betty’ Bacall and a love affair that would become as iconic as any of the movies. But this is no cheap knock off, or curiosity piece: the film is a treat. Bogie and Bacall invent true chemistry, whether she’s teaching him how to whistle or they’re fighting the fascists together, you can’t help fall in love with the way they fall in love.

THE TREASURE OF THE SIERRA MADRE – Reuniting with John Huston, Humphrey Bogart took the role of Fred Dobbs, a down-at-heel gringo kicking his heels in Mexico. With Dobbs teams up with a fellow indigent (Bruce Bennett) to follow an old timer (played by the director’s father Walter Huston) on a gold hunting trip into the mountains. Far from the heroics that have made him famous, Dobbs in a petty, venal piece of work even before the corrosive prospect of wealth turns him into a paranoid maniac. The bravery of Bogart as an actor is obvious. Dobbs isn’t a grandstanding version of evil; he’s a small man with little appeal. And yet, when the work was good and under Huston’s guidance, Bogart seemed careless of tarnishing his ‘brand’.

IN A LONELY PLACE – 1950 was the year Hollywood turned in on itself with three dazzlingly dark depictions of the show biz life. Billy Wilder’s Sunset Boulevard and Joseph L. Mankiewicz’s All About Eve both wittily rip into the ide of stardom, but Nicolas Ray’s In a Lonely Place boasts one of Bogie’s finest performances. A down-on-his-luck screenwriter, Dix (Bogart) also has a hell of a temper and when a woman he only just met is found dead, he becomes a suspect. Far from the cool, world-weary cynic, Bogart plays closer to who he actually was: an insecure, jealous man who was prone to bursts of rage. It is one of the actor’s finest performances – raw and full of self-loathing.

THE CAINE MUTINY – With an Oscar under his belt for The African Queen – the last actor to win who had been born in the previous century – you would think that Humphrey Bogart would have had the clout to pick any role, but time was moving on and in order to land the role of Captain Queeg in Edward Dmytryk’s adaptation of Herman Wouk’s Pulitzer Prize-winning novel he had to take a pay cut. He’d complain to his wife that Cary Grant never had to suffer such indignities. The role is once more a villain, but as with his previous portrayals, Humbhrey Bogart’s villains are always human, plagued by and semi-conscious of their own weakness. Queeg is a martinet, lonely and paranoid and ultimately sympathetic. It’s hard not to see in him as an anticipation of Richard Nixon. The role earned him his third and final Oscar nomination.

Humphrey Bogart: They Don’t Make ‘Em Like That No More