The raw, unpolished stunt work and those larger-than-life performances make 1979’s Mad Max Ozploitation at its best: down and dirty cinema from Down Under. Most importantly, all these years down the line – and even following director George Miller’s electrifying 2015 retread – Max’s first exploits in that menacing, semi-lawless landscape still pack a visceral punch.

Made on a shoestring budget, the film’s frenetic car chases and outrageous collisions thrill more than any modern CGI crash fest. Gibson’s laconic poise adds to the film’s chemistry. Allegedly turning up for his audition sporting a freshly mashed-up mug from a bar brawl the previous evening, Gibson is every bit the star-in-the-making here. His introduction offers that slow iconic reveal – where he is glimpsed at fleetingly, sunglasses on – waiting to fly into action behind the wheel of the infamous V8 Interceptor – a growling and fearsome muscle car whose unforgettable presence in the film should have seen it second-billed after Gibson in the cast list. This formidable machine has been rightly revered by fans of the first two films.

Both Mad Max and its sequel Mad Max 2: The Road Warrior (1981) also ushered in an entire subgenre of mostly lame genre knock-offs, many going straight to video. Like any great first feature, Miller crafted such a compelling starting point, he took what made the first film spark, and offer something even better for the followup. Leaving the dystopian society of the first film for an altogether more barbaric, oil-stricken post-apocalyptic landscape, The Road Warrior is pure action film with nary a line of dialogue until thirty minutes in, and at the ridiculously young age of 26, Gibson is more than adequate at portraying the strong and silent type.

If 1985’s Mad Max: Beyond Thunderdome was bigger in scope – and a much more lavish affair than its predecessors – it’s a watered-down version of what had come before. The brutality of the previous films was conspicuously absent, and yet the  story of the orphaned desert children brought out a paternal side to Gibson’s road warrior. This was compelling development of a character who had been mercilessly robbed of his family in the first film – before fan’s appetites were more than adequately sated by the final chase sequence. 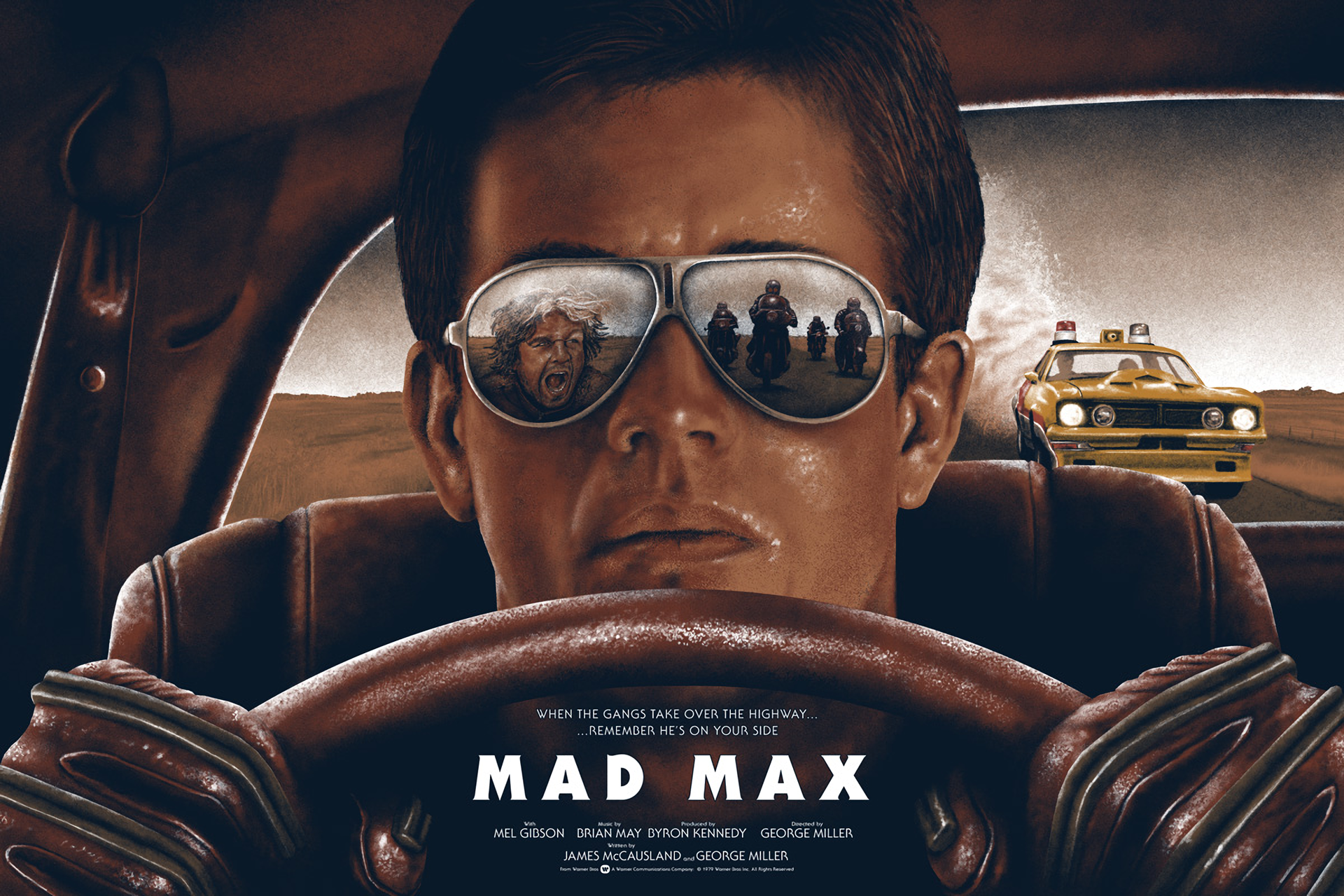 But it’s Miller’s first two films that laid the groundwork and Fury Road with Tom Hardy now inhabiting the central character further extended the universe in vibrant style. Although a follow-up has yet to materialise, you can bet that the name Mad Max will be enough to send a supercharged quiver of excitement to cinema audiences, both old and new.