What’s the first movie you fell for?

The Jungle Book. I went to see it at the Odeon in Leicester Square. It was with my auntie, my mum and my cousins. In the old days films used to come out in London for two weeks before they went on general release, so we had to go into London and see it. If you lived in London you could see films before the rest of the country, it was really unfair.

What’s the one film you never get tired of watching?

A Matter of Life and Death by Powell & Pressburger. I could pretty much watch that every day. That and It’s a Wonderful Life, which I do have to watch every Christmas otherwise it wouldn’t be Christmas. Although now it’s actually a double bill, as it’s followed by A Very Murray Christmas, the Bill Murray thing on Netflix, which is genius, absolute genius.

The soundtrack from M*A*S*H. Which I bought on vinyl when I was a kid, I love it. 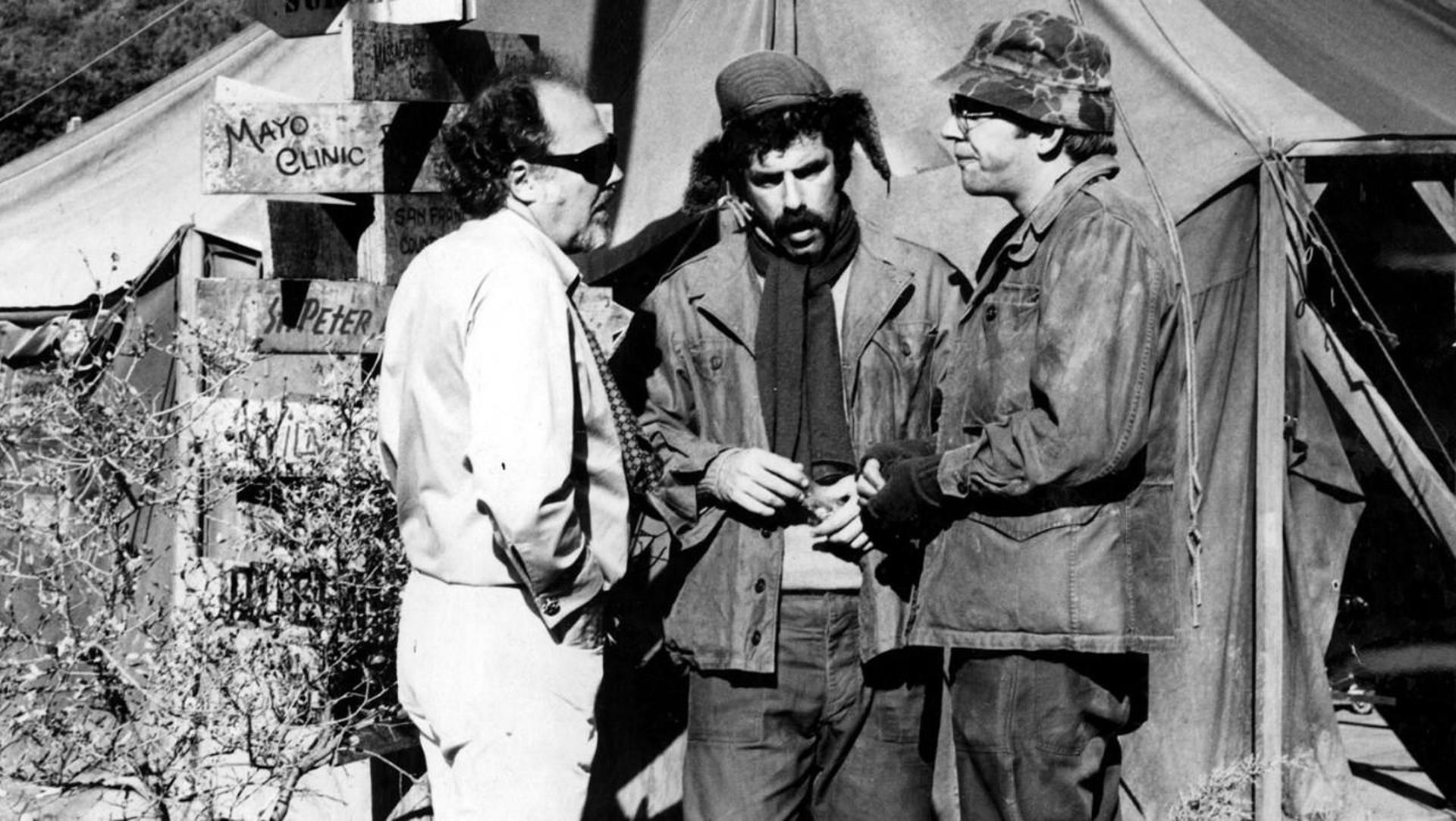 I go to the cinema to watch films that I know I won’t like because I like the experience of being in a cinema, in a comfy chair with a glass of pop and watching films fall out in front of me. So my guilty pleasure is bad science fiction. Just really crap stuff, like the Star Wars prequels.

What’s the scene that makes you cry every single time?

There’s a Luc Besson film called Angel-A, and there’s a scene in that where the angel character played by Rie Rasmussen catches Jamel Debbouze looking at himself in the mirror. It’s absolutely amazing. The thing is about Luc Besson, he does one good one and then like two bad ones, and then one good one, and two bad ones. I think he’s due a good one. People said Valerian was good, but for me it was like watching the longest advert ever. All style. I love Besson, I absolutely adore it when he gets it right, you can’t touch him, but he has these weird moments of lameness. But God I could watch Leon over and over again. Nikita as well. Subway‘s not bad either. The Big Blue, I love that too. But that hasn’t lasted well, I have to say. I loved it when I saw it but watched it on DVD and I couldn’t wait to watch it again, but it was a bit, meh. Which is a shame because I remember loving it. Here’s a question to stick into this feature from now on – which film that you loved as a kid was the biggest disappointment when you watched it again as an adult. That’s a great question – and for me it’s Animal House. Animal House is a piece of s***. I can’t believe I liked it when I was a kid, it’s such a useless film, nothing happens, it’s f****** dogs***. What a rubbish film that is. Some films get better. The Life of Brian got better, I like that more now than I did when I first saw it. I didn’t understand the way the world worked quite like I do now.