It was impossible not to be swept away by The Lunchbox, the debut film from Indian director Ritesh Batra. He now delves into similar territory with his latest film; in that it’s a romantic film driven by a unique means of communication, and ultimately, just a lovely, congenial atmosphere.We had the pleasure of meeting him at the Berlin film festival earlier this year to discuss this new project, as he talks about the films themes, as well as his own career and aspirations as a filmmaker.

What with this and The Lunchbox, both films are romantic tales of love through a unique means of communication. What is it about this theme, of tackling romance through a back route?

I think that’s an accurate observation. I dunno how I can comment on it and make it richer, I don’t really know what to say about it. But yeah that’s what it is.

This film seems like a celebration on the art of photography, and of course these days everything is so digital, and having a physical copy seems like a lost art. Is that something you care about?

Yeah. Everything exists together, if you go to the gateway you have all these photographers printing photos, and you have people taking selfies, in India everything exists together, but you know there is something to be said at how we look at ourselves and how other people look at us, which are two different things, and that was interesting for me to find out and put into my movie, about how she sees herself and how somebody else might see her, and the photograph was important for that. Also him doing that job made a lot of sense for me.

How important is Mumbai to this story?

This could only have happened in the city, so it’s a big part of the story, it couldn’t happen anywhere else. Often you watch a movie and you think, this could’ve happened anywhere else, and that’s usually a sign that there’s something missing.

Food is again important, like in The Lunchbox. Why is this important in your movies?

I love food, and I love cooking, and it’s something I am very familiar with so for me it’s easy to write these things and express things about characters through food. It becomes a very nice device and also I know it so intimately well because I cook a lot and I’m interested in food, so it makes it easier for me to do that. Beyond that I don’t think there is a deeper answer that I can give you. I wish I could come up with something more interesting to say about it, but really it’s just that I find it very easy to do as it’s something that interests me deeply.

In the film we see his grandmother back in the village talking about her life and the news travels to the city, even a cab driver knows her story. Is that culturally accurate? Even in the big cities, do people all know each other that well?

Yeah absolutely. People know your business [laughs] It’s a very compact city. It’s a very small place in many ways, there’s a lot of people but the area is very small. Everybody is very close to each other.

Another theme similar to one explored in The Lunchbox is how people from different classes and religions meet and yet share something so close.

Class systems exist everywhere, you know. In London I don’t think a plumber and a banker will have a drink together, ever. It’s not going to happen, even in New York it’s not going to happen. So maybe this is very specific to India, but it’s also very universal, whether you’re white collar or blue collar, people just don’t mix, let alone you have some kind of extended relationship, it just doesn’t happen. When I was writing the movie it was something I was interested in, to create characters that make this plausible, for this to be possible. Any other two people would not do that. But what you’re saying is what the movie is about.

Was it fun for you to play on Bollywood tropes, and reference classic cinema in India?

Yeah, in the 80s and 90s we had a lot of Bollywood movies with a rich girl and a poor guy, and usually they were Taming of the Shrew remakes, the girl is the shrew, but I thought it would be interesting to make a movie that is more grounded, with characters that are real, and nobody is a bad person and we see what happens, but yeah maybe it’s a homage to those movies where there’s a rich girl and a poor guy.

Was it always possible for them to meet back then?

Yeah in those movies they met, because it was a movie, it wasn’t very believable, but yeah that’s how the movies usually ended, happy endings are very important in Bollywood.

Photograph is a tender, very gentle film. There seems to be a real inclination from filmmakers to throw in lots of narrative conflict, and while that exists, it remains warm and easy to watch. Is that just your style of filmmaking, what you’re attracted to as a storyteller?

I don’t know, I don’t really think about myself so much. But I do know what you’re saying, it’s the question of realism. I’m very critical of my own work and we won’t go into that, but yeah I find it interesting sometimes that somebody will make a movie where a guy is like punching a dog to death or something, and everybody will be writing about realistic that is, as if anybody in the world is going around punching dogs. Then somebody else will make a movie about people just spending some time together. But who knows what is real anyway? Because everything is a selection and through somebody’s perspective. But yeah I find that whole discussion very interesting, because sometimes I’ll be reading something about a movie and think, where does this even happen? Not even in a war-zone is somebody punching a dog.

This is probably your funniest film to date as well.

You’ve made a movie in England, what was it like going back to India and shooting a movie? And where are the main differences in shooting a film in those two countries and respective industries?

I also made a movie in the US and that was a really nice experience for me, I really enjoyed that, because I found all the technicians to be super-efficient and super-organised, they have a different way of working in the US which I like, and the technicians are super-skilled. The whole Hollywood machinery and the whole system of making movies is very efficient. But shooting in India is quite chaotic. I had much of the same group from The Lunchbox, everybody came back it was a really nice reunion. But it has become harder to shoot in Bombay, in the city and on location and stuff, it has become a lot more crowded, so we had some tough days of shooting. But in terms of shooting between industries and working with different crews, there are plusses and minuses everywhere, that I see. But it doesn’t change the day-to-day of my job, it’s pretty much the same everywhere. So in that regard it’s not very different.

Can you see yourself going back and making movies in the US and the UK again?

Yeah, I live in New York, I only go back to India to make a movie, then I go back. But I go back and visit often and I work there a lot, writing about things that are there, so I get the chance to go back quite often.

I read that you wrote the script in English and then had it translated for the cast?

I speak Hindi, but everybody in the middle class in India, English is an important part of our lives and it’s the language we learn, so a lot of people write in England and then you work to translate the dialogue and adapt to Hindi. That’s just a part of who we are, I don’t think it’s anything special.

What are you big influences outside of Bollywood?

Lots. I love the work of Louis Malle, he’s always been a big inspiration and model for me. Murmur of the Heart I think has a brilliant script and is a very difficult movie to make and get right, and it really works for me. I’ve mentioned Kurosawa’s movie High and Low, even the current Japanese filmmakers like Kore-eda, I love his work. I love Alexandrer Payne’s work, that always resonates with me. I think those come to mind first.

How long have you been in New York?

What’s it like going home now to India? Does it feel like home, or that in America now?

My home is New York, I think. I like being in New York, but I know India very well because I grew up there and my parents still live there in Bombay, so I go back as often as I can.

Is the Indian reaction to the movie, the response from critics and fans, mean more to you than other places with this movie?

Yeah that would be true, and it was the same in the case of The Lunchbox, absolutely yeah, I care about it more, definitely.

The Lunchbox was a huge success in India, and it’s one of those films that is impossible not to like. My parents adored it. But you said earlier you’re very critical of your work, but surely when you watch The Lunchbox you can appreciate it’s a great movie? Or is that difficult to do?

Are you writing anything else at the moment? About India or the United States?

Yeah, both. I’ve decided to work on my own writing and not direct other things, just direct only my own writing. So I have to write and I have to generate material, and that’s what I’m doing right now.

So you’re not open to receiving scripts at all?

Would you write for other directors?

Photograph is out in cinemas now 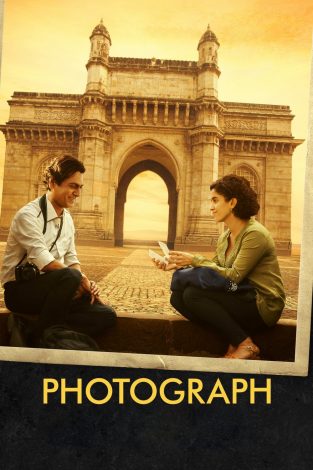