Making a name for herself as a talented actress, Australian filmmaker Mirrah Foulkes – whose credits include Animal Kingdom and The Crown – has since turned her head to directing, behind the lens of the excellent fairytale Judy and Punch, starring Mia Wasikowska. When in London promoting this raw and yet oddly enchanting period piece, we had the pleasure to sit down with her and ensure she is the latest filmmaker to take part in our popular ‘My Favourite Movies’ feature series, as she runs through all of the films that inspired her to be the storyteller she is today.

What’s the first film you ever fell in love with? That’s a tricky question because I didn’t watch a lot of films when I was very young, I didn’t discover films for a while. But I did love Labyrinth, that was my favourite. We’d go to the video store and I’d get it on VHS and I’d want to get it every single time.

What’s the one film you never get tired of watching? The Assassination of Jesse James by the Coward Robert Ford. I could watch it over and over again. It’s filmmaking at its very best, because it is both cinematically beautiful, the performances are incredible, the writing is great, the score is epic and wonderful, it makes me feel emotionally engaged every single time. And I always feel like I try to dissect Andrew’s work as a filmmaker and I’m constantly surprised and in awe of that film. He is so good. He’s just finished shooting another film which is very exciting.

What’s your favourite movie soundtrack? I can’t say that one because I’ve just said it. Maybe it’s not anyway, my favourite, favourite may be The Road by Nick Cave and Warren Ellis.

What’s your guilty pleasure? These are probably all sounding too similar, but I can tell you, I have three. These are my three films I always go to. I’m going to be so embarrassed. So there’s Last of the Mohicans, which we actually rip off a bit of music from in my movie, quite blatantly! Princess Bride and Dirty Dancing. They’re my three. Oh, and Point Break.

What’s the one scene that always makes you cry? I don’t want to say something too obscure, because there are films I bawl my eyes out to, like Amour, the Michael Haneke film is the saddest film I’ve ever seen. I cry a lot in movies. Oh I know, when the horse dies in Neverending Story. 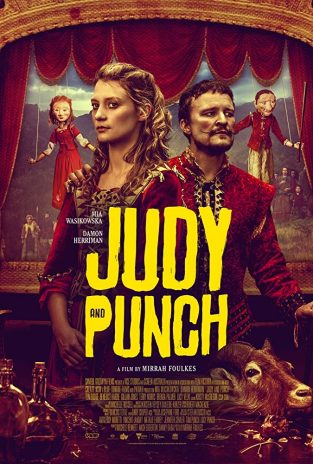