LONDON – The Farewell has been one of the great indie success stories of 2019, no doubt, and we were fortunate enough to sit down with the writer and director Lulu Wang, and when we had her we thought we’d make her the latest filmmaker to feature in our popular My Favourite Movies series – and she doesn’t disappoint.

What’s the first film you ever film in love with? The first film I ever fell in love with is The Sound of Music. It’s a family favourite, we watched it a lot as a whole family and it’s just a beautiful and epic and quite feminist film as well. I remember Julie Andrews being Julie Andrews. I dunno, the music too.

What’s the one film you never get tired of watching? Oh my gosh, I haven’t been watching a ton lately, it’s been hard. This is a hard question. A Philadelphia Story. I can watch that all the time.

What’s the one scene that always makes you cry? It’s so cheesy to say The Farewell but every time I see it it makes me cry! But that’s not a good answer. The recent one I can think of, so the last time I cried, so not sure about every time, but it was the father’s speech in Call Me By Your Name. That speech, it’s just, urgh. That scene. Every time it gets me.

More of The Farewell 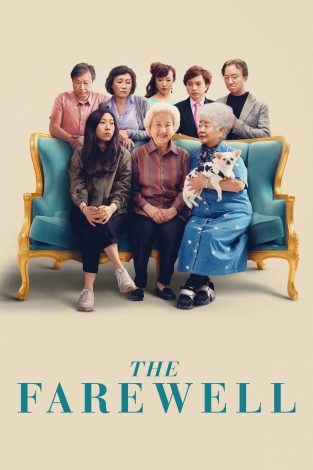