Just looking at Marco Beltrami’s IMDb page is enough to make you sit down and take a breather. The New York-born composer has over 120 TV and film credits accrued over a 25-year career in the industry. What’s all the more impressive is the eclectic range, including collaborations with fellow composers. Beltrami can jump from a huge studio movie like 2017’s Logan over to 2018’s award-winning documentary Free Solo without breaking a sweat. No wonder he’s being honoured at the World Soundtrack Awards this October. We had the enviable opportunity to chat with the two-time Oscar nominated composer (Hurt Locker and 3:10 to Yuma) about his prodigious output, his tackling of diverse genres and those who helped shape his career.

You’re incredibly prolific. Where do you find the inspiration?
Usually an approaching deadline. I like working in a variety of styles. I find inspiration from a lot of different sources, so as long as the work changes and I don’t keep doing the same project over and over, I’m happy. Above all I enjoy it.

You’ve composed scores for huge fantasy franchises and in the same year music for low-key and much more personal films. How easy do you find it to hop between genres and such tonally different movies?
Actually, it’s one of the things that keeps me sane because the challenges of doing a big studio film can be incredibly hard – there’s a lot of input from many different people and there’s usually a lot more at stake due to what’s riding on it. To be able to go from that kind of project to a smaller, independent film where there’s more of an intimate collaboration is refreshing. Often times those films are where I can experiment with ideas and start honing things I can then use on those larger projects, where I might not have the time to try out new ideas.

You’ve collaborated with a number of composers and musical artists throughout your career. Does your working method change each time? Would you take a different approach to the material with someone like Philip Glass on The Fantastic Four, for instance?
Definitely with Philip. What was exciting for me on that project was to take his approach and refine it from there. He’s such a musical iconoclast and I was really curious how he would tackle that movie. It was like a learning experience for me to see a completely different way of working and how we would tie [our compositions] together, also how we saw things differently and other things the same. I love the whole collaborative nature. We spend a lot of time as musicians in dark rooms by ourselves, so to work with other people and to share a similar process, which ultimately comes out in different ways, is very interesting to me.

How does that creative partnership work on a day-to-day process?
When I’m on a project with Buck Sanders, whom I’ve collaborated with a lot, we’re in the studio together every day. We’re working together on pretty much everything, but the nature of our partnership changes. For instance, there’s some movies like The Hurt Locker where Buck and I are essentially doing everything together. Other times, since our skills are different – I come from much more of a concert background, while Buck is a lot more technical – he might be producing my ideas. In that case, it’s a different kind of collaboration.

You had a long and fruitful working relationship with Wes Craven. What do you think it was about your work that made you his go-to composer?
The thing that Wes liked about me the first time we met to talk about Scream was the fact that I hadn’t seen a horror movie before. I wasn’t a fan of horror movies and would avoid them. Wes liked that I was completely naive when it came to the genre and horror movies conventions. It was almost like a training ground for me. He could shape me the way he wanted for his movies and I was completely open to any ideas. I approached everything with a very intrinsic type of feeling. I didn’t have any preconceived notions about what the music was supposed to do.

You seem to still adhere to that philosophy because even listening to your more recent scores, you never take the easy route. A film like Snowpiercer, for example, has so many different styles going on in there.
That movie was a lot of fun because of the fact that every train car in the film had a different look. It meant that musically you could have fun, stylistically, within the orchestration. As long as I had a thematic through line, I could really let all those scenes blossom in different ways. Director Bong [Joon-ho] was incredibly creative and open to close collaboration and I was very inspired by his ideas. We started talking about the project very early, sharing music ideas and drawing even before the film was shot.

Another recent standout was your work in A Quiet Place. How tricky was that to compose, given the subject matter? Did it feel like you almost had to overcompensate for the lack of diegetic sound?
It was extremely difficult because the fact that there was very little sound in the film meant that anything you do musically is gonna call attention to itself. There was a tendency at first to over-write the music before stripping back and simplifying things. It became a very interesting experiment to see how the viewer’s consciousness changes depending on very slight alterations in the music.

Do you find yourself going back to different pieces of the score to refine them when you saw how they worked with the visuals?
Yeah, totally. There was a lot of tweaking.

You studied under the great Jerry Goldsmith. Can you tell me a little about how that came to be and what you learned from a maestro like that?
I came out to California from New York in 1992 and Jerry was teaching for one year at the University of Southern California in their film score programme. At the time I was at the Yale School of Music and curious about film composition. When I heard that [Goldsmith] was going to be up there at USC I applied because I thought to myself, if I wanted to learn about film scoring, what better way to be taught than by my hero and a true master of the profession. I have to say the programme was a real eye-opening experience. Coming from the concert world where there was a tendency – at least when I was in the academic world – to rely on musically-complex structures, Jerry was the opposite. He focused on being as simple and economical with your writing as possible – both in terms of playability for the musicians and also with your ideas. That was the thing which has stuck with me the most – being in awe of how effective Jerry was with so little. The biggest change in my musical personality happened during working with Jerry.

Did he get the chance to listen to any of your professional work, or had he passed away by then?
He was composing movies while I was studying with him, which included Forever Young and Matinee. As he was working on his cues for those films, he would give me and my fellow students a scene and let us score it how we wanted to go. When he went off to the orchestra recordings he would put our cues in there, and we would always be in awe of how amazing Jerry’s stuff was compared to what we were doing. There was a point in the course while he was working on Matinee and I recorded a theme I had composed for John Goodman’s character in the movie. After he heard it he said “shit, you made this into a tango, which was what I should have done!” That was the highlight of my early career.

Can you talk a little about your work for the new version of The Twilight Zone?
That was a collaboration with Brandon Roberts whom I work with quite often. He’s an amazing composer and we had this idea that each episode is like its own little movie. They’re all different but we still have a throughline during every episode when the character in question enters The Twilight Zone.

Finally, how does it feel to have a concert dedicated to your work at the forthcoming World Soundtrack Awards in Belgium?
I’m very much looking forward to it. I’ve heard samples of past concerts from there. I’ve never been to Belgium and I’m excited to see my scores being performed on stage by an orchestra. I’m also a little nervous because some of that work hasn’t been done this way before (laughs) but I’m sure it will be great. It’s a tremendous honour to be chosen this year and it will undoubtedly end up being a highlight of 2019.

The 19th World Soundtrack Awards is being held on 18th October, and the recording sessions for the yearly album (published @ Silva Screen Records beginning of October) with Marco’s music will be taking place 19th -21th August.

More of A Quiet Place 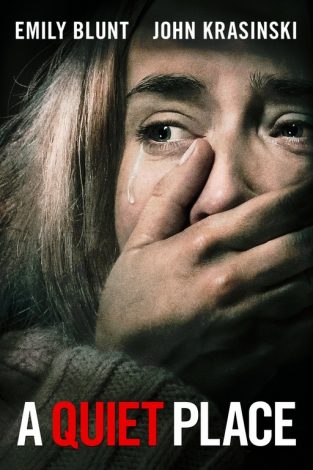