NEW yORK – Keegan-Michael Key has been on the comedy scene for years — from entering the mainstream on FOX’s sketch comedy show MadTV to Reno 911 and eventually capturing lightning in a bottle with Key and Peele the Comedy Central sketch show he created and starred alongside with comedy partner Jordan Peele. Even without his huge presence in the comedy world, you still might recognize Key for his memorable voice in other comedy projects including animated series such as Archer, BoJack Horseman, and Bob’s Burgers. This year alone, Key stars in two major Disney properties: He voiced Ducky for Pixar’s Toy Story 4  and this Friday he can be heard as Kamari the hyena in Jon Favreau’s live-action remake of the 1994 Disney classic, The Lion King. «It was really kind of digging deep inside and just allowing myself to be as vulnerable as I could with the voice work on this particular project» the actor says of his “Lion King” role. Key spoke at the New York screening about his experience making the film.

With Toy Story 4 and now The Lion King how does it feel to be a part of such iconic works?
There’s a real sense of excitement, but right next to that is a real sense of responsibility. You want to uphold the legacy of the films. You want to uphold the tradition of the films and you want to make sure that you’re putting a new spin on the stories. It’s kind of like, «Hey, can we add some new shine? Can we put a little English on the ball?». But at the same time, don’t fix what’s not broken. [We asked] if there was a new way that we can enhance it for further examination, but also staying true to the roots of what both of the stories are. So it was a sense of excitement that I get to be part of this historical thing. Playing Kamari, your version of a villain isn’t super silly or cartoonish — these updated hyenas serve more of a purpose than they did in the original 1994 animation.

Did you have a voice in that decision?
Not particularly. I have so much faith as Jon Favreau as a director. Not only does he direct the action and he moves plots along in a really good and interesting way, but of course we have to remember he’s also a wonderful comedic mind. So I just kind of followed his lead on this one and really gave over to him. There’s this fresh feel that they’re really legitimate. They’re super legitimate villains as competent henchmen. And it doesn’t happen often and I think you’re right. It’s really [more], «How are we going to achieve this?» They’re just living their lives from their point of view. Which I think is this kind of post-Killmonger [Black Panther supervillain] world we’re living in where you can add more flavor.

Jon Favreau said he wanted to evoke the feeling of a live-action film. How did you do that in playing Kamari?
There’s a tightrope walk that we had to do with the movie. It has this wonderful, intense photorealistic look to it. It’s as if you’re watching a National Geographic special come to life. So you really want it to feel legitimate. You don’t want to wink it all. And that was, I think, what we achieved. Tonally, you want there to be laughs and gasps and you want there to be some tears. You want all of it to feel organic because clearly the look that Jon was going for is a really organic look entertainment nowadays has more breadth and verisimilitude to it than it did 20 or 30 years ago. And at the same time, people hold these characters in very high regard. Oh, very much so. And I think that the treatment of the film now helps with that because we’re legitimizing it. In your mind, if you ever thought Nala or Simba looked like a real animal, here’s what they would have looked like.

Do you have any significant memories of the original film or the Broadway show?
For the [Broadway show], it was looking around in the audience and thinking about how diverse the audience is. It’s tourists from all across the world coming to New York City and they flock to that show. There’s something that really resonates with the human spirit in this show, both in the film and the [musical]. In regard to the film, I think the thing that I remembered the most is Simba talking to Mufasa in the stars. What we’re dealing with is something that’s universal and cosmic and it appeals to everyone because it’s about everyone. So the specific moments that hit me are him seeing his father’s face in the clouds and knowing that he’s within him, he’ll always be within him. We really never lose anybody in our family. That’s part of the circle of life, is that you hold onto the memory and you bring your memory through your lifetime to the next generation.

What do you hope the new generation will take away from the film?
I really hope the new generation gets the same feeling that I got when I was younger, which is that sense of, hey, we’re all here for a reason. Let Simba be your role model. That is [to say] when destiny comes to call, am I going to have the courage to answer? When the universe is asking me to share, am I going to share with zeal? Simba answers the call and that’s what I hope for the young people in this new generation. 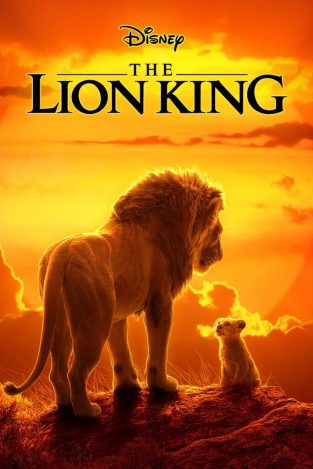