LONDON – It’s an occasionally rather crackly line that greets our telephone interview. And whilst she may be ensconced in the hub of a frantic BFI HQ making the final preparations for the jam-packed 2018 edition of the London Film Festival, Artistic Director to the festival, Tricia Tuttle, is still in fine form. It comes as something of a surprise when you consider that matters do not sound as though they have been a particularly easy ride up to this point. “The biggest challenge for us this year wasn’t so much the programme”, she explains. “The really tricky thing was trying to work around not having Odeon Leicester Square”. 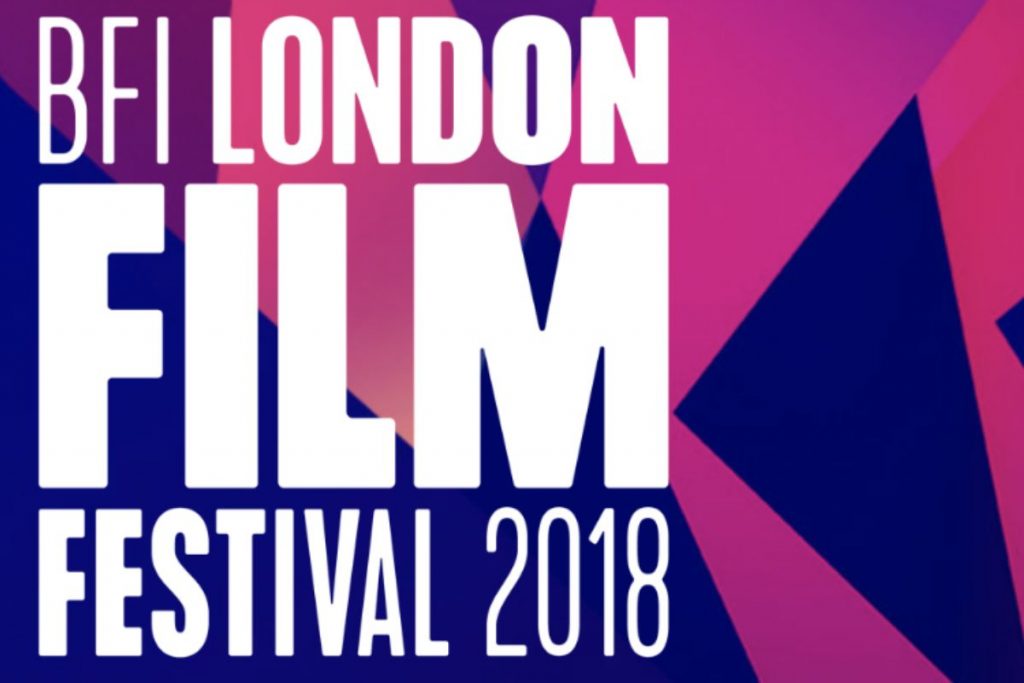 Ah, the old iconic Odeon, nestled within the heart of Leicester Square. Such a mainstay of this festival, it is usually the epicentre for all the big premieres and Red Carpet photos that you’ve all seen many, many times. This year, however, it is mired in renovation works and knocked completely out of action. It posed a tricky conundrum. “Anne-Marie Flynn (the Managing Director) and I spent probably the first four months of the year trying to model a festival that gives the public access that we need”, she continues. “Last year, Leicester Square provided 35,000 in admissions, and to try to ensure that we can continue to serve audiences is really, really important. That was incredibly difficult and we ended up meeting that challenge by twinning Cineworld in Leicester Square and Embankment Garden Cinema in order to give us that sort of capacity.” 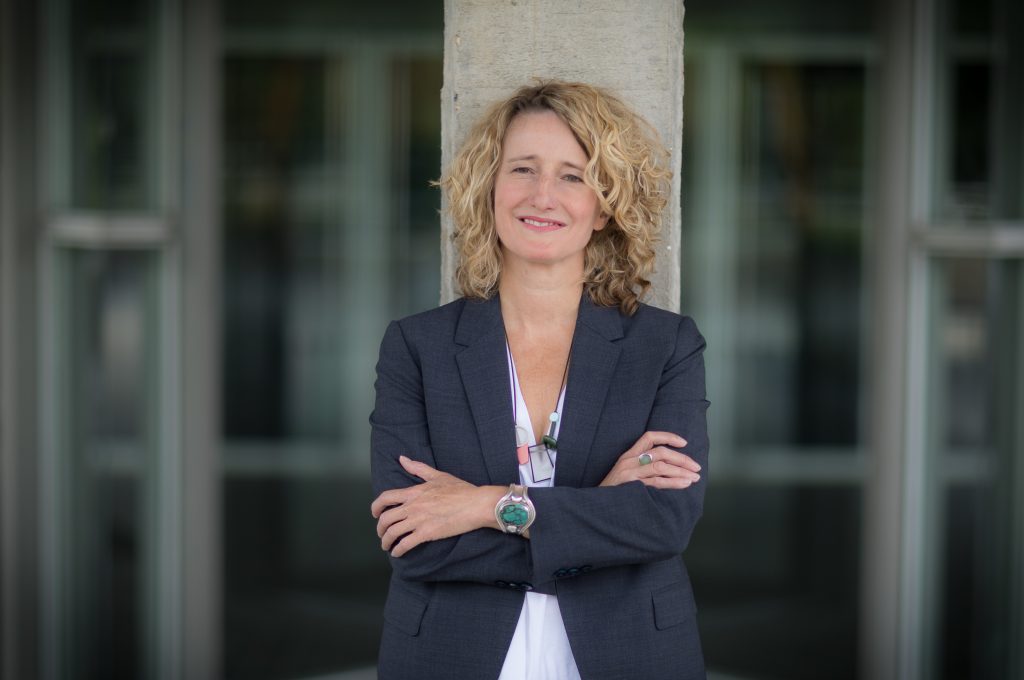 FIRST IMPRESSIONS Tuttle speaks as someone who has graduated from her role as Deputy Head of festivals to assuming the interim Artistic Director position in place of Clare Stewart, who is currently on a year-long sabbatical. The irony that Stewart, originally from Australia, and Tuttle, originally from America, together are spearheading the British Film Institute’s festival work isn’t lost on her. “Yes, hilariously, two people completely devoted to BFI festivals are not born and bred here!”. Despite originating from North Dakota, she can now boast of a long association with the British film industry. “For 5 years, I was at BAFTA and I was their Film Programme Manager, but I started working for the festival team as a volunteer when I moved here in the late 90s”, she says. Over that time she has observed some changes.

“When I first moved here, I was struck by the fact that British people who worked in the industry were so negative about British cinema.”, Tuttle recalls. “Back then, I think it felt to a lot of people that it wasn’t a particularly great time, but I came here absolutely loving British film and really seeing everything with a rosy glow. I still have that.” Who, in particular? “I loved Stephen Frears, Mike Leigh and also the Kitchen Sink dramas of the 60s that I’d been watching on VHS in the States. The films that came to the local arthouse cinema though I really adored. Especially Mike Leigh. I also loved Ken Russell and Nicholas Roeg. I remember when I saw ‘Performance’ – it just blew my mind. Such a great film.”

TIMES THEY ARE A-CHANGING Then thinking of the BFI of 2018, it is clear from the Artistic Director’s words that a conscious effort is being made by this trusty old institution to accurately reflect the shifting sands and changing attitudes of our culture both at home and abroad. This includes a concerted effort being made towards bringing in youth on both sides of the fence: as an audience and also as part of the BFI’s inner workings. Progression is important, it would seem, and a progression that adequately reflects all shades of life and offers equal opportunities and a platform for all. “One of the things that I think has been very exciting that I have seen across the BFI in the last few years is a real interest in attracting younger audiences and that corresponding to new programming voices coming into the BFI.”, she remarks. 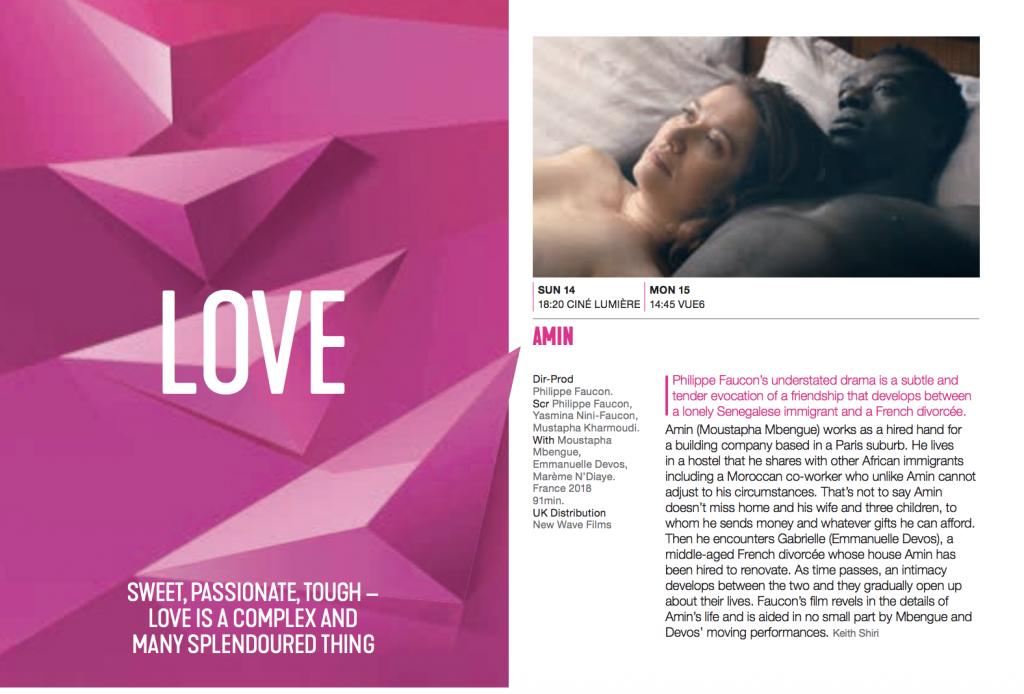 “I think maybe there is more of a multiplicity in programming voices now, which is a nice thing. I think that if you want to attract new audiences, that’s really important. I think about that often when we programme the festival. We have a big team of freelance advisors that we work with – everyone has different biases, everyone has different areas of expertise. It’s all of those influences and all of that knowledge that feeds into creating the texture of the programme. I think the BFI as a whole has opened up in a really exciting way.”

STREAM OR NOT TO STREAM Looking out across to the other festivals over the last calendar year, one of the big stories has to be Netflix’s stand-off with Cannes and the polarising political fall-out from that. How does the LFF view these streaming, on-demand studios? “All I can say, speaking from our experience, is that we have a really great relationship with both Netflix and Amazon”, says Tuttle. “This year, ROMA is such a gorgeous film that Netflix has made. Amazon has made Suspiria, which is also really beautiful. I think their model is shifting and changing all the time. They’ve made incredible films this year, as we’ve seen in the autumn festivals. I don’t think we should be scared of Netflix and Amazon, because they are supporting interesting filmmakers and we are in a time of flux. And they’re a part of that flux.”, she adds.

SO, WHAT IS THAT FLUX? “Lots of films are being made and being released and it’s very difficult to get an independent film into a screen and have it held there for long enough to find an audience.”, she opines. “Also, no one has quite grappled yet with the SVoD and VoD market and the changes that has brought about. Business models are shifting and changing. Festivals, in a way, are playing a role that arthouse cinemas used to play 25/30 years ago in introducing audiences to the broadest range of global cinema. It’s a really important part of what we do and that’s one of the reasons why diversity, in every sense, is so important to us. Audiences can’t get that on a year-round basis in the regular cinema culture.” 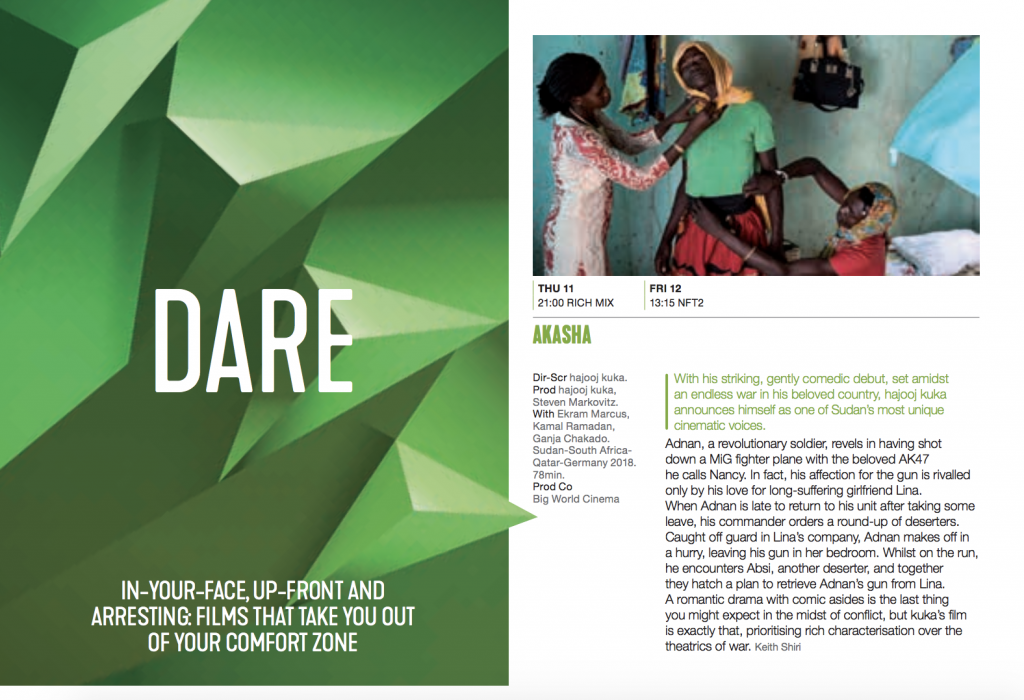 PROGRAMME PICKINGS One of the big shake-ups that Stewart brought about for the festival when she took charge in 2011 was the introduction of the ‘emotion’ and ‘mood’ themed programme sections in place of the stale regional categories. This re-shaping was embraced by the public when she brought in for her inaugural 2012 festival and has remained that way ever since. Perhaps it’s a case of ‘if it ain’t broke, don’t fix it’? “Every year, we constantly think about the structure of the programme and we interrogate whether it still works; what we want to do and how we want to reach audiences.”, Tuttle tells us. “And it does. It does do that. It was an incredibly brilliant idea from Clare and I think that it helps to break down what is a very big, very complex programme and it gives audiences really interesting ways into that programme. It helps us introduce films to the right audiences.” She continues, “Last year, we realised that ‘Sonic’ wasn’t working quite as well as we wanted it to, so we shifted it to ‘Create’ to broaden out the work that we could include there. This year, I feel that ‘Create’ is an incredibly strong strand film-for-film. It’s just really dynamic and everything is really different.” 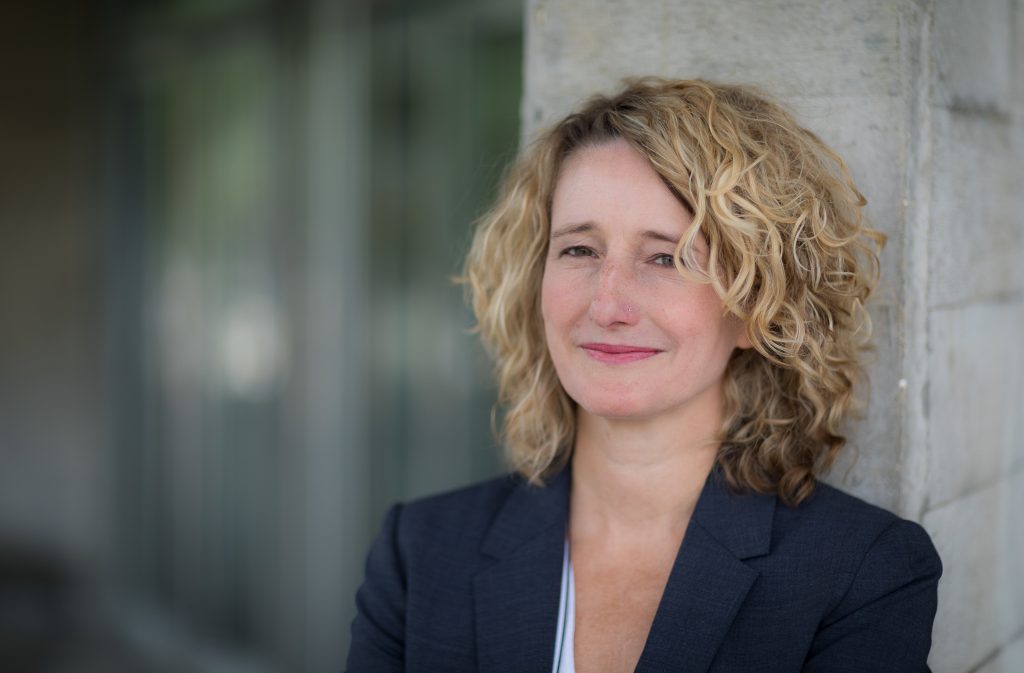 LFF EXPECTS With time about to be called, we only really have one thing left to ask. What are the ambitions for the London Film Festival? “Our ambitions this year were to deliver a really strong programme in a time where we were faced with some incredible venue challenges and we’ve really hit all the beats that we wanted to as a programme team.” “We’ve got some really wonderful awards season contenders. We have global diversity with 77 countries represented. We’re moving in the right direction in terms of gender parity. This year was about focusing on delivering what we thought is a really strong programme and I’m excited about sharing that with audiences this year.”

The London Film Festival runs from 10th-21st October 2018. Tickets can be purchased HERE