For years Roberto Minervini has been making intriguing films that lie in a blurry space somewhere between documentary and classic feature film. Always beautiful and poetic, they tell stories of lives on the margins. With his latest feature, What You Gonna Do When the World’s On Fire?, in competition in Venice, Minervini seems to be entering a new phase in his filmmaking. He talked about his creative process and personal challenges in making this film.

WORKING IN THE USA – “I feel comfortably uncomfortable in the United States. I am in the frontline of certain contradictions and that mirrors something for me and for my own inherent cultural and ideological contradictions. It’s somewhere where I can flourish and I can learn things. When I come back to Italy I see that there’s a stagnant way of seeing life. I think there’s a modus operandi and a way of thinking that has been written in stone about how things should be. It’s not dynamic. I went to the US for reasons unrelated to cinema. I moved to New York for a job and then I lost it. I did a Masters in media studies. I lost my job because of September 11. I lost my clients, so I got compensated as a victim of September 11 so I started my MA and directly went into teaching. And all of a sudden I made a film with no particular goal for me, so anything could have happened in Italy. It’s just that life brought me to the US.”

BEING ITALIAN – “I think I am appreciated in US because I am considered an insider. I come from abroad but I’ve been in the US for 21 years, I speak the slang, I understand them, I embrace the culture, so being foreign is not a diversion for me. I live there. At the same time I see things differently, inevitably. I mean I have two cultural backgrounds – the American one and the European one – so I see things that are taken for granted in America. So I don’t think it’s a matter of access given to me because I am a foreigner. It’s more the fact that I see things that don’t belong to my culture of origin.”

THE BLACK PANTHERS – “A lot of TV channels have been contacting them for many years. I had already four films, so that was a good business card. They had already watched my films. They ran background checks. I have a family that was always involved in politics. They knew that from my background it was closer to theirs than the opposite. So they finally the head of the Panthers for spiritual reasons decided to trust me. They have disappeared from public opinion and from the media, not by choice but they have become insignificant. How? By shutting them out and by putting them in prison. So everybody thinks that there are just a couple of Panthers there screaming but it’s just because if you freed the Panthers from prison there would be more. It’s obvious they are insignificant because we have made them insignificant. They need somebody and they thought that as an independent voice which is non-institutional, they thought that I was probably giving them a chance to be visible.” 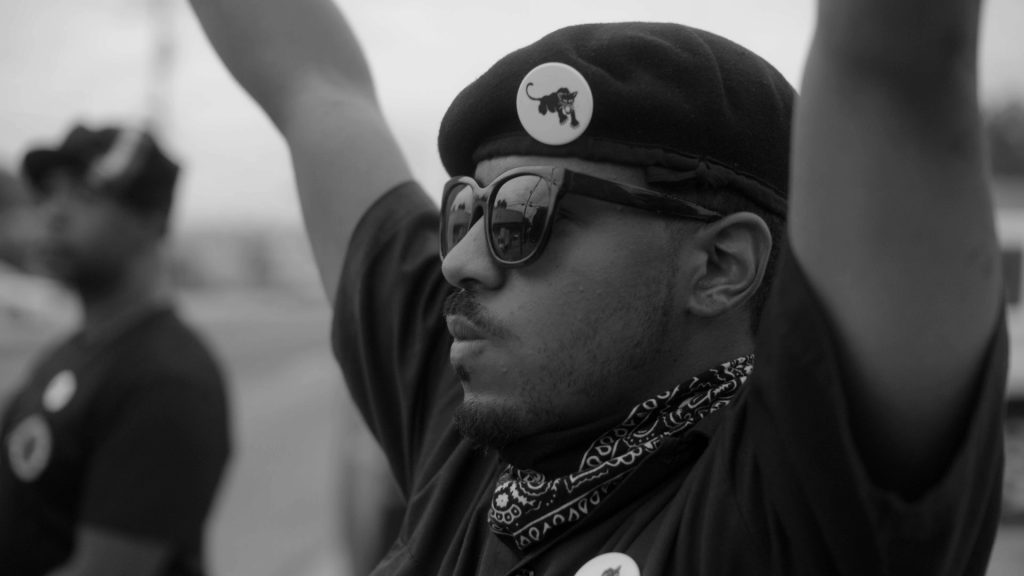 SHOOTING IN THE US – “First of all, I have received no funds. I have no collaborators who are American just because things would become complicated because I have been in the spotlight and I would be trackable and visible and I don’t want any of that. I know lots of people and lots of communities, so I have lots of projects but I know they could die any time if there’s no attachment between me and the characters, if there’s no empathy, even affection that transcends the film project. Everything is very cathartic. We know each other’s darkest secrets. It becomes very personal and that’s when we think we have a good film. My kids had I don’t know how many sleepovers with Titus and Ronaldo. It becomes life, but it’s not done strategically for a film; it’s friendship. So it’s personal for me and for them.” 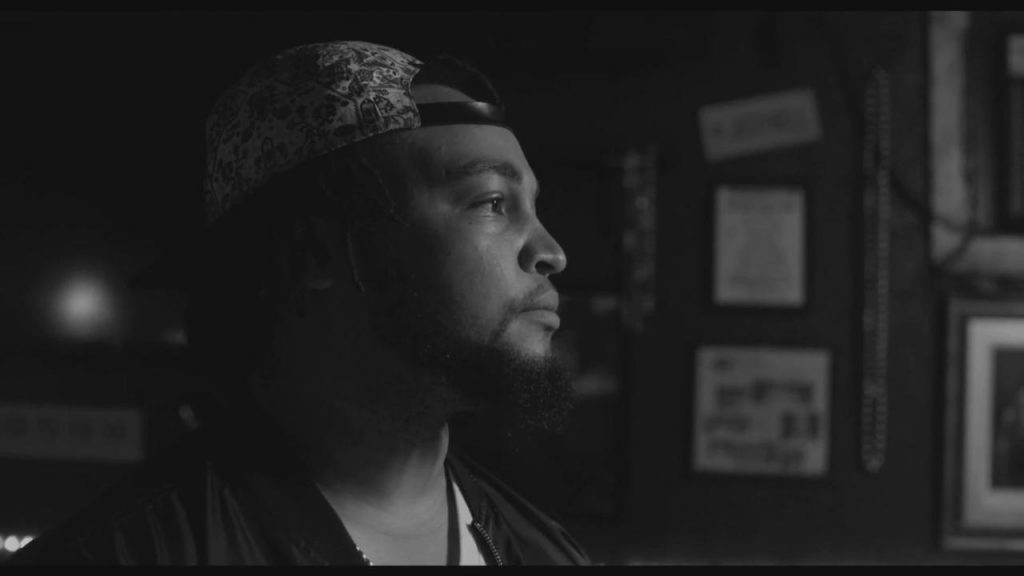 THE ACTORS – “My work is just hanging out with them because there are no rehearsals. It’s their life. It’s almost as if they had done a little pre-production or rehearsal themselves. Especially in this case as the film is dialogue driven and is my most dialogue-driven project because the people wanted to speak finally and that’s why I structured the film in a certain way because it was just speaking. So it was a couple of years before we started shooting. And then finally, towards the end, three years after, in the summer of 2017 I shot through the summer.”

FILMING IN BLACK AND WHITE – “The way I saw it, black and white would establish a hierarchy of beauty among all the places and people. An example is the Panthers who are always in dark environments and dressed in black uniforms and compared that to the beauty of the colours of the Indians. The context for the viewer is based on white culture because if viewed in colour it would go from a very beautiful scene to an ugly one and would create a hierarchy that would be distorting. It is counterintuitive. I think colour would have been misleading. It would have put another emphasis on the film. I knew that I wanted it in black and white three years ago. We knew what the difficulties and opportunities were. We knew that in certain situations the chances of being able to film were slimmer. There is no preparation or lighting. It’s just observation. It’s used with extreme caution.” 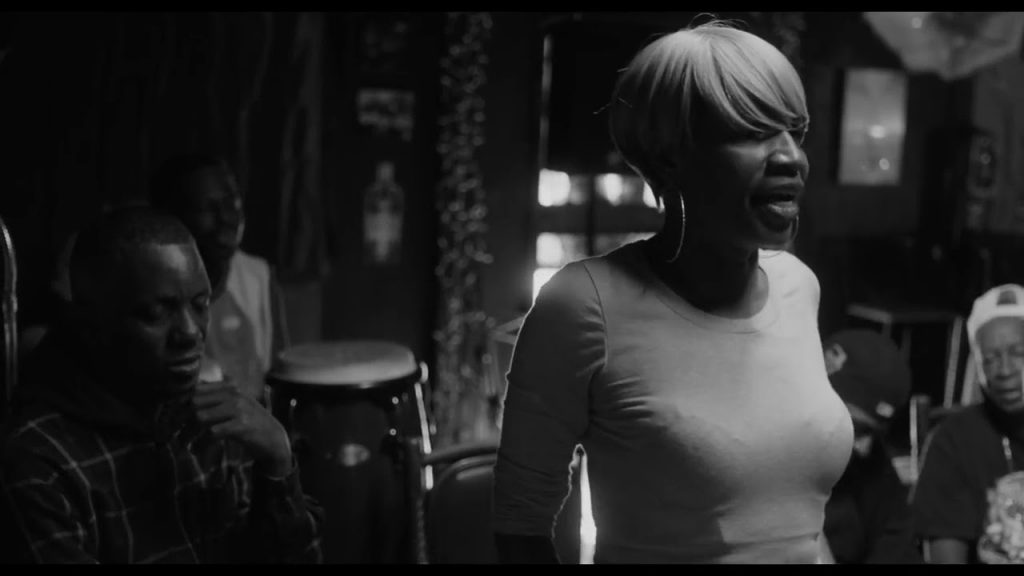 EXTREMISM – “I think the reason why we have reactionary hate crimes and extremism is because in this world we don’t have the exact counterpart. Intolerance is clear and well-defined. It’s pure intolerance. Words spoken by Donald Trump – “I hate you” – are clear. I think progressive thinking has accepted a lesser tolerance. Accepting minorities is not equality. But I think progressive thinking is just comfortable with that, including myself. I’m comfortable with a school system that accepts minorities, but not equality. So I feel the shift is towards extremism and there’s no kind of balance. For me that is a little wave and soon it will become a tsunami and that’s why I like to be in America. I’m not surprised when I see people here in this liberal bubble to choose to vote for Trump for once. They accepted a world that discriminates. Some of the most important black theorists of the present, not just James Baldwin and such, call it white supremacy. It’s getting worse. It’s my responsibility as a white American to reject the idea of lesser tolerance and being happy with my position of power and being the one who dictates the rules and embraces minorities. I think it’s a cancer and one day it will metastasize. You need to be intolerant of inequality. White America doesn’t see that anymore, ever. It can’t perceive it. New York is the most liberal city in America and is the most segregated: it is built in ghettoes. There is no blending or equality. The best schools are mostly white. There is one public school based on merit and it’s mostly Asian. How come the private schools at the same level are mostly white? It’s white supremacy, there’s no other word for it. If I am scared of calling it that and if I allow a continuum of tolerance then I am a cancer cell and have to take responsibility for the metastasis. So for me it’s necessary to have extremism. It’s a rightful extremism. When white people say black people are doing better today, we say no, because there is no equality and we are firm about it.” 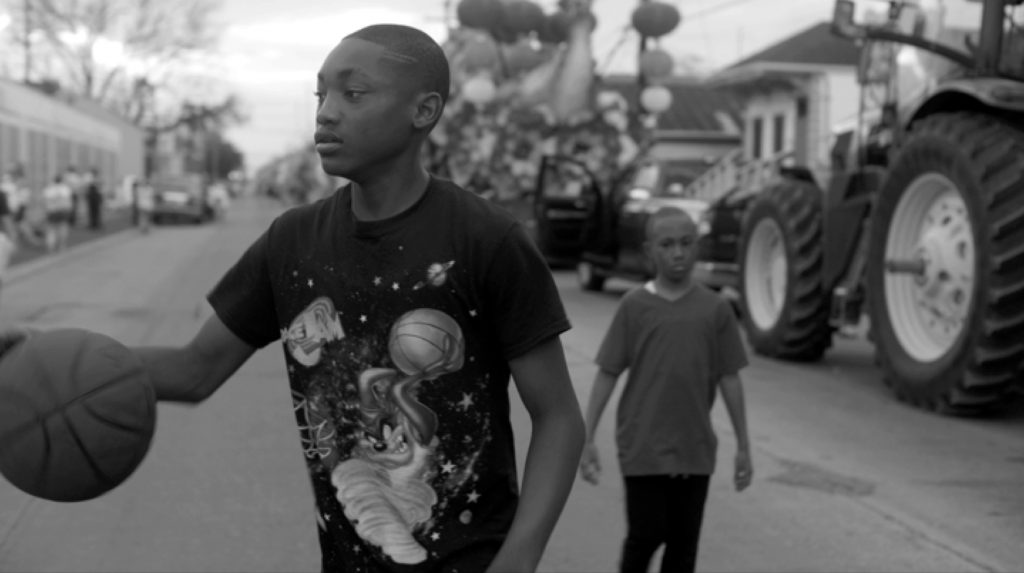 THE INDIAN CULTURE – “It’s interesting because after slavery it was the Indians who helped black people integrate into society. There was also an interracial mix. A lot of black Americans in the South have Indian blood and they keep these traditions alive. What’s interesting for me is that yes, there’s Mardi Gras, but it happens at night. The Indians during Mardi Gras used to fight for real, even killing each other. Now they just re-enact that. By reclaiming the street at night it’s a nostalgic thing. Yes it’s nostalgic and maybe passe, but it’s about keeping the flame alive, which is the legacy, which is the memory which is the heritage. That’s why it’s there. I can’t explain everything don’t want to be didactic in my films and I hope none of them are didactic, but maybe they arouse curiosity, or even rejection. There’s a lot of information but hopefully people will join the dots. That’s why it’s in there.” 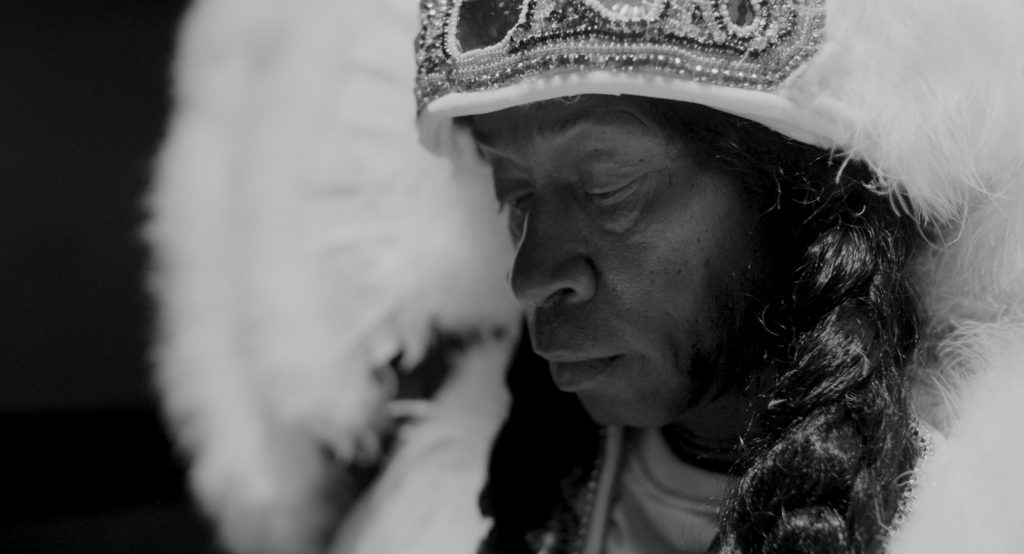 THE POLITICAL ELEMENT – “I do feel a resurgence of this political turmoil in me. I don’t want to sedate it anymore. I was really cautious in the beginning because I was at the beginning of my career. I was terrified of reactions and I think my path reflects my inhibitions and fear. I don’t know if there’s been an evolution. But where will I go from here? I don’t know. Maybe it’s not film, maybe it’s another kind of activism. I don’t know how much room there is in the film world. It becomes heavy, boring, rhetorical. There are many ways of contributing and being active and I have to reconsider whether film is the way forward. I wasn’t born a filmmaker and I don’t have to die one. I could go back to photography, to writing, to teaching. I really don’t know.”