Last week, on new releases alone, the choice of what to go and see in the cinema reached double figures. This weekend, however, there’s just three – and yet there’s still more than enough to keep you entertained. Mostly, we should add, in the form of Keanu Reeves kicking multiple butt.

That’s right, the affable actor is back as John Wick, in the third instalment into this effortlessly cool franchise. We’d be liars if we said we could see a reason for there to be another addition into this series, as a narrative that thrives on simplicity, a real one man versus the world structure, could truly go anywhere new, as we feared a replication of the withering Taken franchise. But such is the skill in the choreography, the storyline is almost irrelevant. We just want to see John Wick killing people in a myriad of creative ways, and if that’s your sole purpose for seeing this, well, you’re going to leave pretty satisfied.

That being said, there is a connecting tissue between this and the other films, from a narrative standpoint, and having a knowledge of this universe is helpful in understand what on earth is going on, but the skeleton storyline remains the same – it’s a man with a huge bounty on his head, effectively having to battle his way to survival, as assassins from all over the world are after him. It injects the film with a great deal of suspense, as no matter where he turns, you never know who you can trust. The film is unrelenting in that regard too, it’s just back to back fight sequences, and by the close of play you need to take a breather, such is the intensity.

And as mentioned, there’s such an incredible, and creative list of killings. Filmmakers be warned, it doesn’t really feel like there’s many more original ways people can die on screen, this uses them all up. I mean, at one point he’s riding a horse, killing men on motorbikes either side of him. But then there’s the aesthetic, this is such an ineffably cool piece of cinema, so stylised, and yet so brutal with it. It’s real popcorn cinema, unwavering entertainment that is the perfect Friday night fodder. So if it’s not too late – go, go now. It’s worth every penny.

If, however, you fancy something a little different, a little more provocative perhaps, you could do a lot worse than Birds of Passage, from Colombian filmmakers Cristina Gallego, and Ciro Guerra – the latter of which was behind the mesmerising drama Embrace of the Serpent. Set during the a tumultuous, and violent decade that saw the birth of drug trafficking in the South American nation, we focus on an indigenous family who get caught up in the (literal) crossfire, in a film that studies the notion of power and family, borrowing tropes, in an affectionate manner, from classic Hollywood gangster flicks, while at the same containing that same almost surrealistic, spiritual edge that enriched Guerra’s Oscar-nominated feature.

And finally, we have a film that we highly encourage you to avoid at all costs. It’s called Breakthrough, and to be frank, it’s one of the worst things we’ve seen this year. Telling the true story of a young teenage boy called John Smith, played by Marcel Ruiz, who was adopted as a baby by American couple Brian, and Joyce (played by Josh Lucas and Chrissy Metz, respectively), the 14-year-old drowned in a devastating accident when he fell through an icy lake. He was dead for almost an hour, but thanks to the diligence of the doctors, and the bravery of the firemen, he came back to life, even after half an hour of unsuccessful CPR.

It’s a remarkable story, we agree there. But the film is all about faith. It offers absolutely zero alternative to solution that God saved this boy. It’s not an idea that’s encouraged, oh no, it’s presented as fact. Topher Grace hits a career low as the local Pastor, in a film that is akin to being cornered by a Jehovah’s Witness outside a tube station for two hours. It’s unrelenting. And bloody awful. 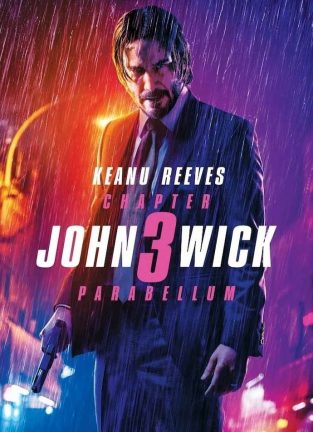