MACAO – One of the first pieces of criticism I published about film was actually a book review of an academic tome on the works of Terrence Malick. The piece – if you want to Google it – was entitled Please make more films Mr. Malick. Be careful what you wish for. From To the Wonder to Song to Song, the Texan auteur’s output has gone from the status of instant classics like Days of Heaven to an almost pastiche of whispery voiceover, mystical cinematography and almost total absence of blocking. His new film A Hidden Life – which I saw at the International Macao Film Festival – represents a marked improvement on his post-Tree of Life work.

Returning to the period filmmaking where he did his best work, the film tells the true story of conscientious objector Franz Jägerstätter (August Diehl) and his wife Fani, played by Valerie Pachner, who lived in St. Radegund, an Austrian farming community. The idyllic setting of the beautiful mountains imbue the lives lived among them with a primal innocence just as the tropical islands did in the prologue of The Thin Red Line. But Hitler, a native of the same region, glowers from newsreel footage and rips through first France and then into Austria. At this point, Franz decides that he cannot swear an oath of allegiance to a man he views as the antiChrist. This awakening is religious rather than political. There’s no dialogue, arc, which is to say no real awakening.

Franz is a priori good. Other villagers trie to persuade Franz against his decision from the ultra-nationalistic mayor to the well-meaning priest. Weirdly we never hear Jews mentioned, despite the fact that anti-Semitism was rife in Austria. Hitler’s xenophobia and anti-Semitism were a product of his Austrian upbringing. This was by no means exclusive to Austria or Germany, but there was a particular virulence which made the message of National Socialism resonate. This all takes place through a series of monologues directed at characters which typically take place in the context of some photogenic meandering. The letters which form the bulk of the voiceover (yes, there’s voiceover) simply reiterate much of what we’re seeing on screen.

Meanwhile, Franz and Fani enjoy a blissful relationship of total love and their family grows with the arrival of three extremely pretty daughters, as well as Franz’s mother, who frequently looks pitiable against a white-washed wall and Fani’s spinster sister living with them. As ever with a Malick film, the cinematography (by Joerg Widmer) is awe-inspiring. Despite his flaws as a dramatist, his eye for the arresting natural detail, a sudden change of light, from the panorama of the mountains or the motes of dust in the farmhouse, remains unrivaled. On a technical level, the film is superb. Likewise Malick’s choice of music succeeds in providing an overwhelming sensuous experience.

But it is the latter part of the film, with Franz facing increasingly serious consequences for his passive resistance that Malick begins to produce some of the best work of his late career. Franz becomes something like Carl Theodor Dreyer’s Joan of Arc. His refusal to say the oath – he is offered the chance to work in a non-combat capacity – ennobles him even as it cuts him off from the love of his life and his love of life. Despite some misgivings – especially in the choice of making the film English language – this latter half of the film is genuinely moving and unlike many recent works of Malick, here you actually care about the characters. A Hidden Life is not the masterpiece we hoped for but it is a welcome return to form by a filmmaker of exceptional vision.

Viewed at the 4th International Macao Film Festival and Awards.
The festival runs from the 5th to the 10th of December 2019. 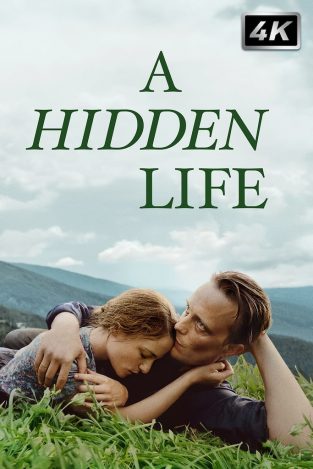