Having compelled audiences at the Toronto International Film Festival last week, thankfully UK audiences haven’t had to wait long to see Hustlers, the latest film from indie director Lorene Scafaria. Based on real events, we enter into the underground world of strip clubs, where we meet Destiny (Constance Wu) and Ramona (Jennifer Lopez) as they concoct a plan to start making, let’s say extra money, from their customers. We had the pleasure of speaking to Scafaria to discuss working with J’Lo, the theme of control, and she explains why she feels empathy for all characters within this particular tale.

This is a film about people and it’s about relationships and friendship, and humanity. But… when it comes to selling this to studios and producers, it can be called ‘a stripper movie’. What was it like getting a ‘stripper movie’ off the ground, and whether you faced any difficulties given the nature of the story you are telling?
Yeah, definitely. I think all movies are probably hard to get made, and movies where women do bad things are especially hard to get made. It feels like there’s such a stigma around strippers and what they do for a living that I felt that the characters weren’t judged just for where they ended up but where they started from. So I felt really protective over the characters and wanted to make sure thatr the story was told with humanity and empathy and trying to understand them, without judging where they started from.

Let’s talk about J’Lo. She’s 50 years old, she’s a brilliant actress, an incredible performer, and in some ways, despite being one of the most famous women on the planet, she’s sort of underrated. What was it like collaborating with her on this project?
She’s incredible, a quadruple threat. I’ve always been a fan of her movies, I’m a fan of her as an actor, I’ve loved her since Selena, and U Turn and Out of Sight. I was just really excited to work with her, and in a movie that felt like a little bit of a departure to what she’s used to being seen in. I love her in romantic comedies but I was really excited to see her in such a dangerous role. It felt like a role that somehow fit her like a glove, and a glove that she’s never put on before, so I was just thrilled to see her in that sort of supporting role, and yes this is Destiny’s story of Ramona, so in a way it’s a story about Ramona, and I think what Jennifer brought to that role is that she’s like the sun when she steps into the room, she is larger than life and so is Ramona, and she brought all that ringleader energy to the ringleader character and it really gave such a great vibe on set, to have everybody rallying around her in that way.

One scene that stands out is when she shows Constance all of the different moves when pole dancing. One of my good friends about three years ago had started pole dancing classes and people raised their eyes, but you realise particularly in that scene with J’Lo – it’s a real art form isn’t it? Almost like a ballet.
Yeah that is what we wanted that scene to feel like because it is so elegant and graceful and requires so much strength and athleticism. It is so hardcore. She trained for a long time, two and a half months on that routine, but training on a pole for a long time to get ready for it. She’s incredible shape, obviously, and she dances every day, but working the pole required muscles she didn’t know she had, she was so bruised after it, it takes a lot out of you. She trained for all of that and learnt all of those moves. I mean, some of them are harder than others, which truly feel life threatening, so she trained like crazy for it. That scene was all about showing that elegance and grace and the beauty of it. Strippers and pole dancers know it takes so much strength, and we thought about it as a sports movie in that way. We wanted to give that scene that sort of seasoned athlete taking a younger athlete under their wing type thing. It’s more about the camaraderie and friendship and the bonding between them, but we wanted to show the beauty of that. That’s why that Chopin piece was written into the script, and a scene like that shot for that Chopin piece. We liked the idea of shooting those pleasers as ballet slippers.

Was it difficult knowing where to place the camera? Because you want to celebrate their power and their vocation and you can’t not show the scenes when they’re stripping because it’s vital to the narrative. But at the same you want to avoid ever feel like you’re objectifying the characters, or coming too much from the male gaze.
Well yeah obviously there’s no shame in it, we certainly didn’t want the camera to shy away from it in a shameful way. But there’s a theme of control which runs through the movie and I think the camera is attached to that theme. It’s certainly told from Destiny’s point of view so we see Ramona from Destiny’s point of view, but we’re also in Ramona’s control during that entire scene, I like to think I placed the cameras where I placed them, but I think it was all Ramona. I think she determines where we put the camera because she’s hustling the audience, she’s hustling us when we’re watching it and she’s working the room, and we wanted to show that athleticism and strength and power. If she’s being objectified it’s because she wants to be. The camera was always just attached to the characters, it starts with telling a story from a dancer’s point of view and it goes from there, and when you’re walking in their shoes it’s a different thing. There are scenes when the characters are feeling a little more vulnerable, moments when they’re in less control, moments when they’re in more control, and the camera was always attached to that theme of control, and that would determine where I would put it.

Was it weird being at the mercy of one of your characters like that? Because it did feel almost like Ramona was manipulating the story.
No, I felt like I was in service of that, for me the characters do tell their own stories, and I certainly love filmmaking and I certainly grapple with the theme of control, I wouldn’t be a director if not! So we shot listed the entire movie ahead of time, we only had 29 days of shooting so the cameras attachment to the characters was inherent to the visual storytelling of it, but it never felt out of our control, thankfully, it was just one of those schedules where we chasing daylight. Or moonlight. I work for them.

I also wanted to ask about the notion empathy – because the protagonists are obviously criminals, and the men they target are the victims. Was it difficult to navigate? Because I guess you don’t wanna celebrate what the girl’s are doing, and yet at the same time it’s hard for the audience not to root for them. I certainly was. It plays on our own moral compass in that regard.
Yeah I wanted to leave that to the audience. Everyone has their own moral compass. But we all know the difference between right and wrong, but writing it always an exercise in empathy for me, that’s something that I’ve always enjoyed, taking characters that maybe feel misunderstood and see if they can be more understood as the movie plays out. But to be honest I have empathy for all of them, I have empathy for all of us navigating this broken system of values, where women are valued for their body and men are valued for their money. I can empathise honestly with all sides, I just didn’t want to take it out on a gender, or a job, but at the same time the financial crisis had a huge impact on everybody and it certainly wasn’t by accident that it happened, and I wanted to show that side of things, that greed obviously. But also to say I dunno, I can’t really fault anybody for trying to exist in that broken system of values, so I tend to have empathy for everybody to be honest. I guess I wanted to make a movie that felt like we were all in on the joke, I didn’t want to laugh at anybody, I wanted to laugh at ourselves and at how the system the values has had an impact on us. I just wanted to treat every character with empathy, especially sex workers who have had the deal with the stigma over what they do for a living, it starts there obviously, it starts with wanting to tell a human tale about people that do something for a living. This is their job and they’re trying to make ends meet and pay the bills, and it takes all kinds, a lot of different kinds of dancers and approaches to the job. Certainly the financial crisis had a huge impact on their industry and there’s a before and after. I just wanted to pay a fuller picture of what we’re all up against, and if an audience member doesn’t feel sorry for someone, okay. If they do, okay. You know what I mean? If they find themselves feeling something for someone that they didn’t expect, that’s great, and if there’s nothing I could have said to make them feel differently, then there you go. I just didn’t want to preach it or turn anything into a black and white story, because it’s not, and America’s not. In that way like any piece of writing, I wanted to approach it with empathy, whether the characters are female or male.

Hustlers is out in cinemas now 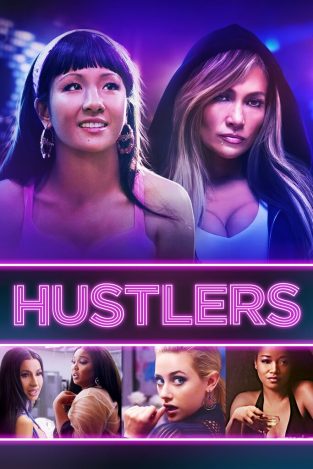