There are plenty of worthwhile features gracing your screens this weekend, but if you wanna take our advice, and indulge in something really damn good, then chances are, you’re going to be seeing an Adam Driver movie, for the hugely talented performer takes on the lead in our two strongest picks of week’s releases.

First up in a Netflix film, so for the second week running we’re urging you to get out and see a film on the big screen, albeit one that will be in your living room in just a few weeks time. That film is Marriage Story, and while cementing Driver’s place as one of the best actors working today, it also goes some way in securing the status of auteur Noah Baumbach to that of ‘near God-like’. Evidently inspired by the work of Woody Allen, the film delves into the marriage of Charlie (Driver) and Nicole (Scarlett Johansson), as the begin their divorce, gearing up for a potential custody battle, with the former wanting to stay in New York, and the latter setting her sights on a future in LA. It’s a compassionate and sensitive look into such a common situation so many couples find themselves in, taking no sides, pointing no fingers (the lawyers do enough of that) and instead remaining to sympathetic to a scenario neither party had desired. It’s a simple narrative in many ways, and yet is looking into something so nuanced, and complex, and it’s just been masterfully put together. The structure and the pacing is perfect, the dialogue, the subtle comedy, the profound monologues. It’s just a complete triumph, and be warned – you’ll be hearing a lot more about this film, for expect an Oscar, or two.

Driver’s second best film out this week is a movie, and performance, so different in tone, and yet so similar in quality. It’s The Report by Scott Z. Burns, telling the true story of Daniel Jones, the CIA employer who compiled the Torture Report, which shone a harsh and yet vital light on his own company’s methods during the war on terror, and the subsequent challenge in getting this hugely informed report into the public conscience. Driver drives (sorry) this narrative, as a film that becomes one about obsession, and this one man’s quest for the truth, and requires a strong central performance and the actor more than delivers. He’s helped along though, Jon Hamm and Annette Bening also star, and as expected, they don’t disappoint.

Another film illuminated by a fine cast is Le Mans ’66, a film which has oddly changed its title from the much punchier Ford vs Ferrari. From James Mangold (Logan) the greatest achievement here is to maintain the viewer’s enthusiasm, irrespective of their relationship with race car driving. The film is about the 24 hour race that takes place in Le Mans, focusing on the intense rivalry that enriched the event in the 1966. With Matt Damon and Christian Bale on board – the latter playing an English character with the most English accent seen on screen since Michael Caine in the Italian Job, so much of the film takes place on the racetrack, and its of huge commendation to Mangold that despite the film quite literally going round in circles, it remains compelling and exciting.

Another little gem out this week – working on a considerably smaller budget – is French romantic drama Someone, Somewhere, by Cedric Klapisch. When you hear the words ‘French’ and ‘romantic’ in the same sentence it’s very easy to find yourself thinking about a more whimsical, Amélie-type production, but there’s nothing quirky about this tender piece of cinema, that thrives in the notion of realism, and manages to abide affectionately to the conventions of the genre it sits within, while feeling unique and subversive of its own right. It also offers a very honest and poignant take on mental health, particularly in men, which is still a rarity in modern cinema. What transpires is a strong central performance by Francois Civil, while he’s matched at every turn by Ana Girardot.

Another film that focuses in on that tumultuous millennial generation, of young people striving to make something of their life in a difficult landscape, is Last Christmas – except this drama comes all wrapped up and decorated in the form of a festive extravaganza, based on the music of George Michael. Written by Emma Thompson, and directed by Paul Feig, we look into the hapless life of Kate (Emilia Clarke) who is at a bit of a crossroads, working in retail and looking for some inspiration in her life, which is where Henry Golding’s Tom comes in. It’s a charming film and works best when it plays up to what it is: a silly Christmas romp. But they try to have their cake and eat it, and while Michael’s music is profoundly melancholic at times, and deserves a dramatic feature, the implementation of a Brexit storyline is contrived, and just feels so tonally out of place. Not to mention the fact that Christmas movies thrive in being timeless, and yet this grounds the title in a socio-political context that will ensure it will feel aged in years to come.

Next up we have a zombie movie (another one…) entitled Little Monsters. It’s a sub-genre so frequently explored in film that in order to fully stand out from the crowd you require something just a little unique, and this film’s selling point in that regard is the fact it works as a family movie on one hand, a sweet tale of school children going on a trip, while then also being a gory horror flick quite evidently aimed at an older crowd. Problem is finding that balance, and while this film is sweet at times (with quite endearing renditions of Taylor Swift songs, as well as an absorbing turn by Lupita Nyong’o) it’s too graphic to actually be seen by children, and yet too schmaltzy to be enjoyed by true fans of horror, leaving this title somewhat alienated between two crowds. Tough sell.

And finally our last release of the week is Back Roads, the directorial debut of Alex Pettyfer, based on the novel by Tawni O’Dell. Telling the story of a man (Pettyfer) having to try and raise his two younger sisters in the wake of his mother going to prison – for murdering their father – it’s a bleak, American tale in the same sort of mould as the recent Sienna Miller starring feature American Woman. It’s just lacking that little bit of spark however, veering into quite tedious territory in parts, but Pettyfer impresses in the leading role, and even though a flawed endeavour we do look forward to seeing what’s next, and whether he’ll step behind the lens again. 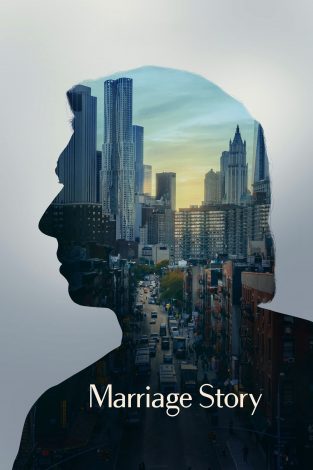