Murky morals aren’t exclusive to Westeros. Hell, you just have to pop in at the Bada Bing in New Jersey to find some truly awful people. But there’s something about the characters in Game of Thrones, their unpredictable swings towards redemption and vice versa, that make them feel especially vivid. Some we’ll miss, some we’re already glad to see the back of, but all will prove unforgettable, even after the curtain falls.

Jaime Lannister – He’s on his way to redemption, but before we shower unadulterated love and devotion on one of Westeros’s most ridiculously handsome men, let’s not forget that he threw a boy out of a window for catching him mid-incestuous coitus with his sister. There might be a bit of awkwardness around the halls of Winterfell once Jaime and Bran get reacquainted. There’s also the fact that it took her waging war on all mankind for Jaime to stop canoodling with his sister. And there’s that unfortunate and aggressive tryst by Joffrey’s corpse. He’s not exactly Jon Snow now, is he?

Walder Frey – The man looks like he smells awful. Like if halitosis could get halitosis. Aside from that, he’s a paedophile and a loathsome traitor, orchestrating the Red Wedding slaughter out of sheer spite. His comeuppance at the hand of Arya Stark was one of the finest moments in the whole show. 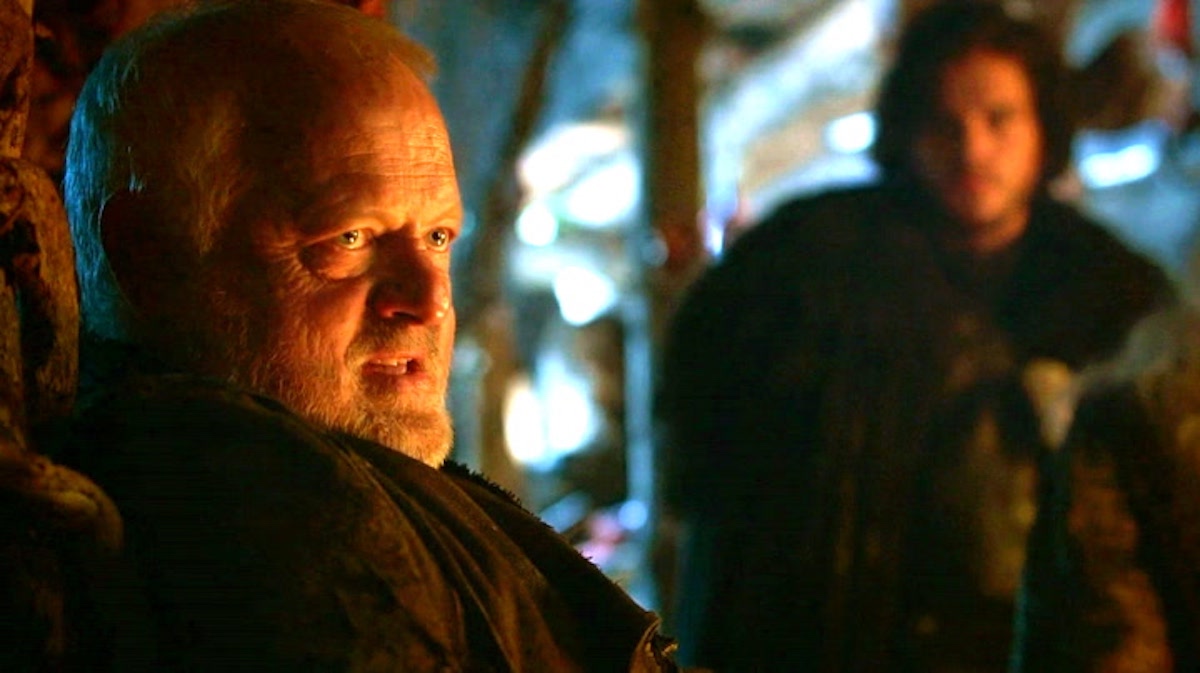 Craster – Speaking of paedophiles. Caster’s also a fan of incest, keeping his daughters as a harem of wives, despatching any sons they bear by feeding them to the white walkers. Another fine father in a show full of them.

Joffrey Baratheon – Was Joffrey the biggest piece of excrement in the whole series? It’s a testament to how well this show does horrendous turds that he’s only a contender for that title. He massacred peasants over a well-placed poo missile, had all of his father’s bastard children murdered, killed Ros and Lady for the hell of it and tormented Sansa at every opportunity. Still, he is the inbred child of evil, so it’s not all his fault.

Petyr Baelish – A true challenger to Joffrey’s throne of awfulness, Baelish is a slippery devil with an even slipperier accent. On a show of Machiavellian monsters, he takes the biscuit, swapping allegiances with nary a trace of remorse and orchestrating the deaths of so many beloved characters. His snivelling end is one to savour.

Robin Arryn – Oh what a joyously awful little shit. Robin is Joffrey without the power or ego, a spoilt little mummy’s boy who orders people chucked out of a hole in the floor like a mini psycho torturing ants. I blame the parents.

Tywin Lannister – While we’re blaming parents, let’s not forget ol’ Tywin. When the only one of your children who hasn’t done innumerable awful things is the one you abandoned at birth, you can be sure you’re not going to win any parenting awards. Being shot on the toilet was better than he deserved.

Ser Gregor ‘The Mountain’ Clegane – The show does boo-hiss baddies incredibly well, and The Mountain is one of the best. He was already a gargantuan pile of steaming buffalo dung, but then he went and squished the beautiful head of Oberyn (after bragging about raping his sister) and evolved into Ser Superzombierapistbastard. I can’t decide whether the Hound or Arya deserves to kill him more but it had better be slow and painful.

Ramsay Bolton – On paper, Ramsay is probably the most despicable fictional character ever created. Iwan Rheon played him like a chameleon who got turned into a man by an inept wizard. His eyes bulged, his tongue seemed permanently about to dart out and grab some unsuspecting insect and his blood was decidedly cold. He only loses marks because he’s too one-note evil, especially compared to some of the more three-dimensional villains on this list.

Cersei Lannister – Game of Thrones’ best characters are the complicated ones, detestable and relatable in equal measures. Theon Greyjoy and Jaime Lannister embody this perfectly and while Cersei will never be as relatable as either of those, there’s a tragic practicality to her special brand of villainy. She doesn’t relish sadism like Joffrey or Ramsay, but she employs it where she sees fit. She’s not a complete scumbag like Walder Frey or Roose Bolton, but she’ll deal with their sort when she has to. Cersei has outlived them all because she is emotionless in her machinations. Her only weakness is her children, but she’s outlived them all. Well, except the one in her belly…