Christopher Nolan is one of the most talented original directors working in the world today. He makes massively successful blockbusters – The Dark Knight trilogy – which at the same time strive to make epic statements intelligently. In the case of Inception, even too intelligently. He pushes the form cinematically – using IMAX – while still holding onto the traditions – shooting on film. His pants are always on fire. In every single one of his films, there is promoted the idea of the lie. Not only are his main characters always telling porkies; they are seen as good for doing so. The white lie; the good lie. They heroically sacrifice their own honesty for some greater good. As these lies are often central to a twist or a narrative hinge, be warned, there are BIG SPOILERS ahead. We’re lying. Or are we? 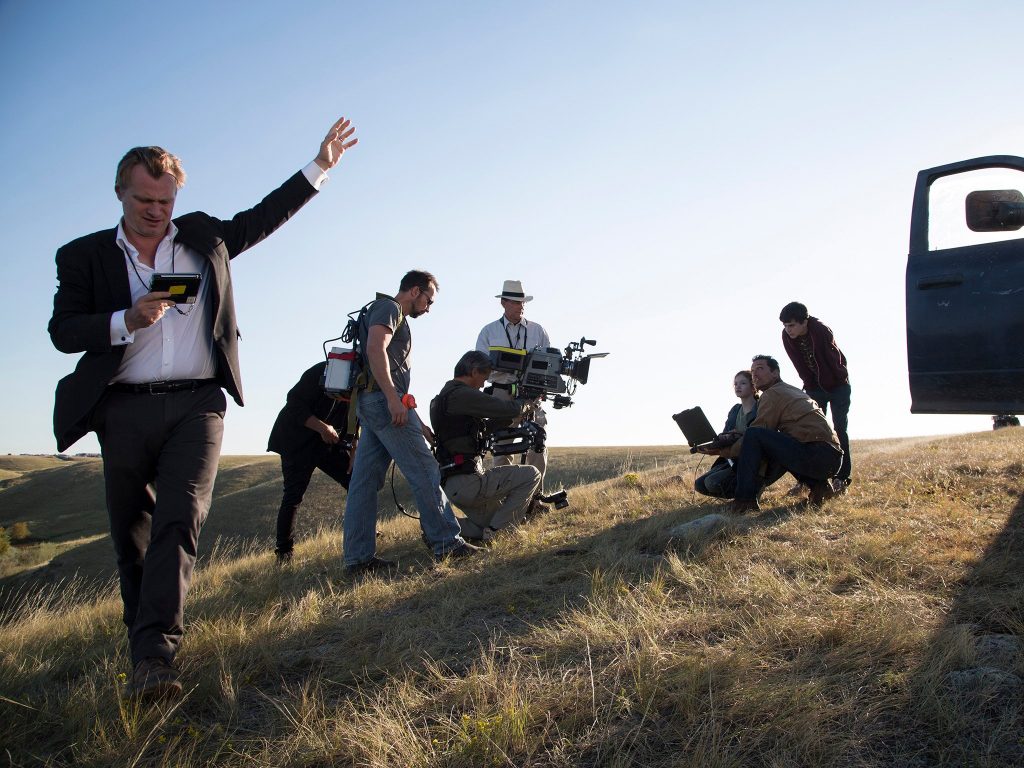 MEMENTO – Guy Pearce is Leonard, the amnesiac who investigates the murder of his wife and the attack that caused the loss of his memory which recurs every twenty minutes or so. In the end, he finds out that he is being lied to: he found and killed the culprit a year ago but has been manipulated into continuing his quest, killing other petty criminals. On learning the truth, Leonard destroys the evidence and lies to himself by writing a note that will effectively continue his quest. He also lies to himself with the story of Sammy Jankis, suggesting he is also culpable in his wife’s death. 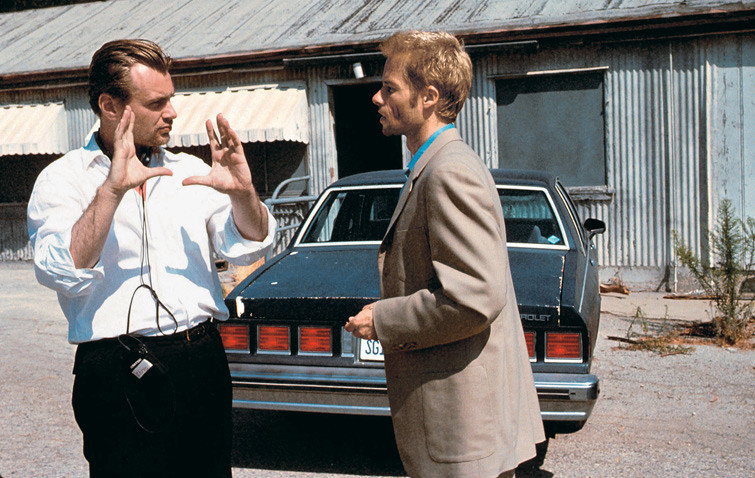 INSOMNIA – Compared to Memento, Al Pacino’s cop-in-Alaska film is much more straightforward, but it still hinges on falsehood. While investigating a brutal murder up north, Will Dormer (Pacino) is struggling with an Internal Affairs investigation back home. He fabricated evidence to put a suspected child murderer away. The corrosive effect of this lie means that if it is proven all his other arrests will become suspect. Likewise, Dormer’s shooting of a fellow officer who was set to testify. Ultimately, a tale of redemption, Dormer is a Dirty Harry type cop, getting results and set against the insidious evil of Robin Williams’ murderer, we know where our sympathies lie. 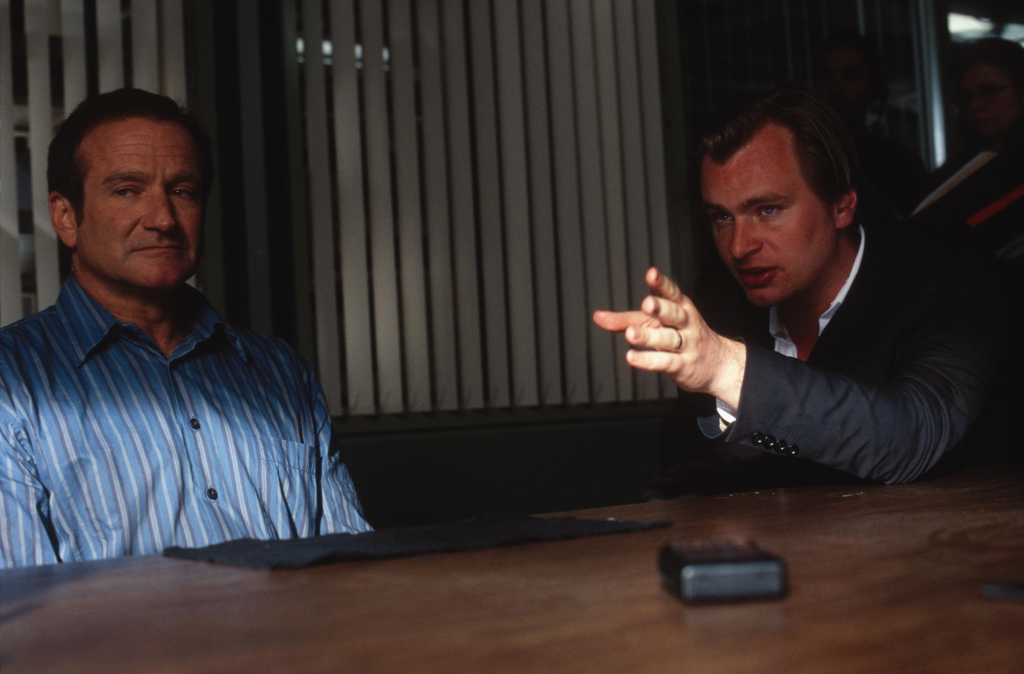 THE DARK KNIGHT TRILOGY – Batman has always been about deception – Bruce Wayne is not just a playboy millionaire, but actually a costumed vigilante! However, the lie at the heart of the Trilogy is that Batman killed the people Harvey Dent killed. By taking on the blame, Harvey Dent’s convictions and legacy are saved while Batman becomes the hunted. In the Dark Knight Rises, the good lie has provided political cover for the Dent Act which sees mass incarceration and an erosion of civil liberties. As with Will Dormer, justice is seen to be served – at least initially – by the use of lying. Here though the lie progresses to the higher level of myth. Batman’s ‘death’ also fits in with this model.

THE PRESTIGE – Magicians and trickery are obviously lying: the whole act depends on epic deception. And Christopher Nolan’s tale of warring fin-de-siecle magicians Robert Angier and Alfred Borden (Hugh Jackman and Christian Bale) has some whoppers. But it’s the lie that Ingenieur Michael Caine comes up with to console Angier on the drowning of his wife which takes the biscuit. He tells Angier that a sailor told him that drowning was a pleasant death that felt ‘like going home’. He later reveals to Angiers that he lied – Angier, remember, drowns every night to perform the Transported Man – and drowning is actually agony.

INCEPTION – Once more lying is the whole point of the film. Leonardo DiCaprio’s Cobb and his dream-hackers make their money by incepting lies into dreams to manipulate people. When the gang brainstorm a new inception to persuade Robert Fischer (Cillian Murphy) to break up his father’s company following his father’s death, it becomes obvious that Nolan is also talking about how cinema works: “I think positive emotion trumps negative emotion every time,” Cobb says. “We all yearn for reconciliation, for catharsis. We need Robert Fischer to have a positive emotional reaction to all this.” And so the dream is tampered with and the film plays out the reconciliation of Fischer with his father as a genuinely moving moment – Hans Zimmer lends a hand – and we all might have forgotten by this stage that this is all a lie. To facilitate an economic transaction. The stinger is when Cobb returns to his children – miraculously the same age as when he left them years before – that’s a lie too. There’s no ambiguity about the end, the top never stops spinning.

INTERSTELLAR – Michael Caine, once more, is the Pinocchio of the movie, telling everyone that there are two plans to deal with the disaster that has befallen Earth. Plan A would involve a mass exodus and Plan B would send some embryos to ensure that at least something of humanity survives. But later in the film he reveals that Plan A was never a goer and was just a sop to make sure people working on it didn’t lose hope. As Cobb says in Inception, people need “positive emotion” to motivate them. The lie is relatively marginal and Jessica Chastain proves it wrong, but the fact that even when the story doesn’t really need a ‘good lie’, Nolan puts one in anyway proves how wedded to this idea he is.

DUNKIRK – Lying as a survival strategy is understandable. Our soldiers trying to get onto a hospital pretending they’re medics, or one of them pretending he’s English instead of French might not be truthful, but given the life and death stakes… fair enough. The Nolan ‘good lie’ comes on the sea when Barry Keoghan’s George is accidentally killed in a scuffle with PTSD soldier Cillian Murphy. Peter lies to the soldier, telling him George is fine, to protect him from the enormous guilt he would feel. He also places an article in the local newspaper that hales George as a hero. Although he didn’t die heroically, the youngster did put himself in danger’s way in order to be part of the rescue, but it is also another example of the good lie informing the larger public myth.