HOW WE CAST THE GIRLS – SG: We worked with Lucy Pardee, who was involved for over a year. She’d worked with Andrea Arnold on street casting. She went into schools and found lots of kids. My experience in the past was to meet an actor for half an hour and maybe do another half an hour, perhaps reading through a scene, and then you cast them! We worked for over a year with these kids. If we’d cast at the beginning, those girls would never have been cast as it took them to blossom.

AH: A lot of what we were doing was not to make them ‘good’ actors but to make them feel comfortable. We did it through music, working with a choir mistress. 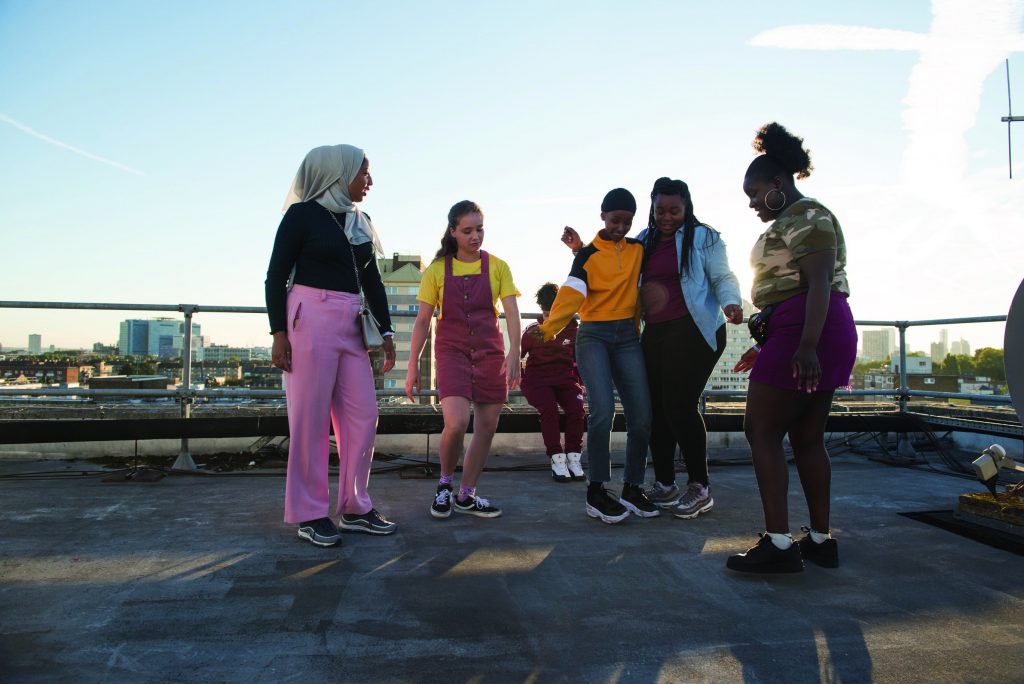 HOW WE WORKED WITH THE GIRLS –  AH: We wanted to make something from the inside, not from our viewpoint. It was about finding a creative team that wanted to do that. We met over 1300 women in a variety of schools. We talked about their experiences and journeys and what they wanted to see on screen.

SG: It was such an evolution. It was TBC! Let’s not judge, let’s just listen at the back of the class. The girls we met had all these stories come pouring out. At the schools in East London, the groups of schoolfriends were like the one you see on screen. We were constantly trying to find a narrative to draw out from all the workshops and meetings. 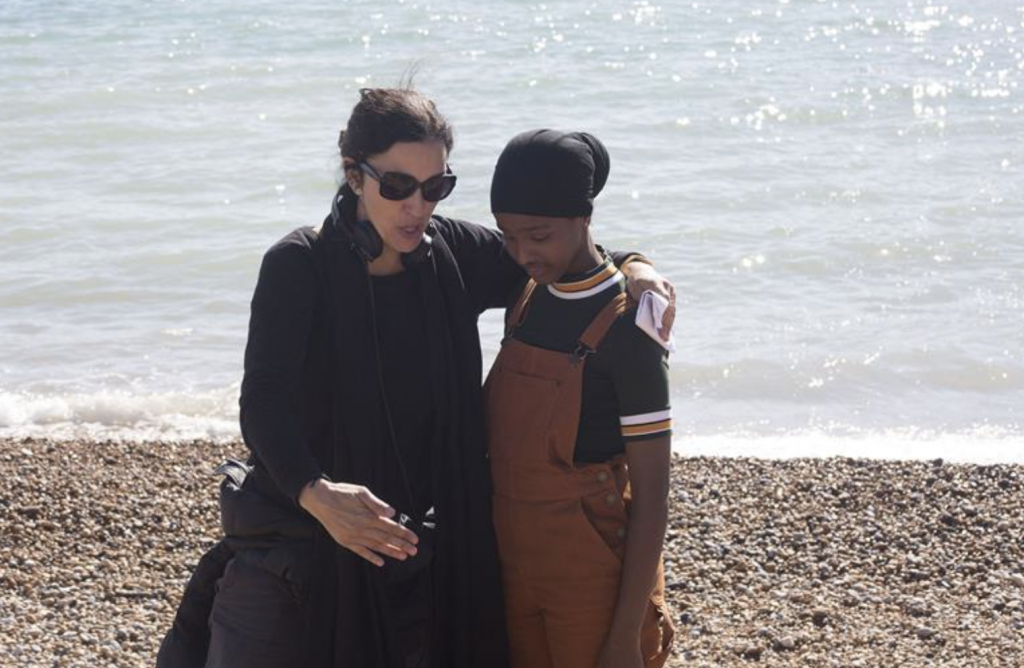 HOW WE GOT FUNDING – SG: The poor producers like Faye (Ward) went into Film 4 without a known cast or story. These institutions are so rigid that they couldn’t fund it without a script. But they really were supportive, it was just the rigid bureaucracy that was tough. I’ve never been to so many meetings. It did go down a dead path. I’m used to that: Suffragette took six years, but this was quicker.

HOW WE CAME UP THE STORY – SG: We were brainstorming and working on workshops. I loved the idea of going into an edit after small breaks – stealing from Boyhood – but that wasn’t working. Then Theresa (Ikoko) came up with the story of rocks and her little brother. Then we built on the relationship between (the leads) Bukky and Kosar who had – in their words – become like Blue Tack.

AH: We put each character on a whiteboard and went through each one, with the girls commenting on what they would or wouldn’t do and what seemed most realistic. 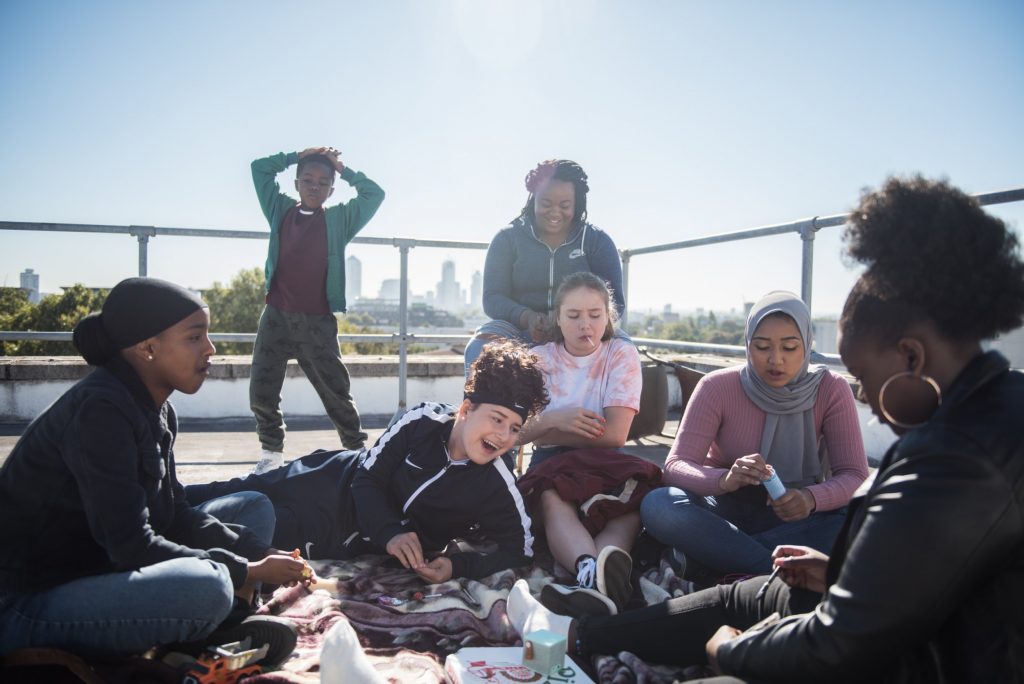 ON THE COLLABORATIVE EXPERIENCE – SG: We tried to avoid a hierarchy. I thought of Anu as a co-director or truth teller. The girls were so brutally honest, they would tell you what they thought. They didn’t mince their words. I grew up with a mum who worked in a community centre, listening to people in smoke-filled rooms saying: ‘I don’t want to be a leader’ and it worked, this collective idea. I loved it. I hate making decisions!

AH: We did lots of improvisation and tasks. When we fed them a line, it felt really false. We’d been doing these workshops for over a year before filming. We took from that and would go from take one to take two deciding what worked. So many classroom scenes didn’t make it into the film, such as a 45-minute sex-ed class.

ON THE ARGUMENT SCENE – SG: We did exactly like you do a doc. We just said that this is a pre-wedding party: just do what you would normally. The man wasn’t supposed to be in it! And he wasn0t supposed to sing.

AH: The girls hadn’t had those arguments that you have with someone you’ve known for ten years. The girls found it really difficult. It was a totally believable argument. We did a lot of takes, doing different versions.

SG: (The editor) Maya’s hands were tied because she couldn’t edit it in the usual way as there was no continuity between each take. 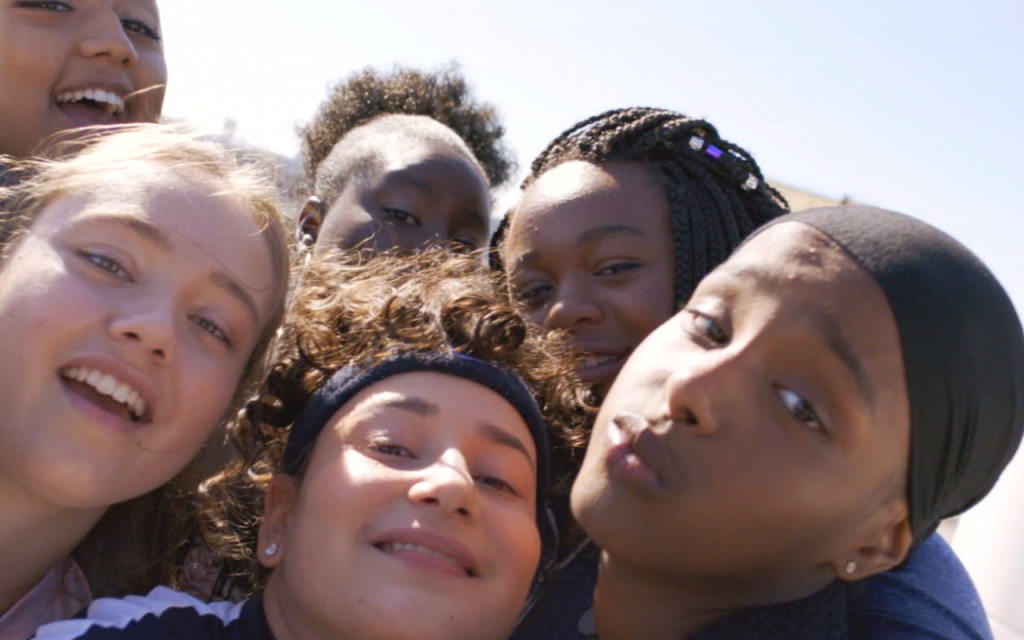 ON THE LACK OF SCRIPT – SG: We stand on the shoulders of people like Ken Loach, Shane Meadows and Andrea Arnold, who’ve worked in this way. D’angelou (who plays Emmanuel) certainly never saw a script! Bukky had read an early script. They did know the story because of all those Post-Its and workshops, but we encouraged them to forget it.

ON THE LEGACY OF THE FILM – SG: We hope we get a youth audience in to see it. The girls said they didn’t see girls like them on screen growing up. I’d like it to give birth to a new way of storytelling.

AH: For young black and brown women, they see the film and say I can do it too. These stories exist and are not hard to find, but we need the gatekeepers to open the doors to them.

SH: I have a teenage daughter who goes to a school not a million miles from this one. I couldn’t say this story was mine. It was helpful having an established director with those contacts, but there’s an argument to step back and nurture those storytellers.