Who would ever have thought that a bunch of small inanimate plastic building bricks would spawn a billion dollar industry and become officially recognised as the world’s most powerful brand? Better yet, who could have imagined that this toy line would have made an easy transition to both the big and small screen, grossing $469 million worldwide off the back of its debut motion picture?

The journey of Lego from successful toy to cinematic empire has been a satisfying one for fans. While the company encountered a minor blip when last year’s second spin-off, The Lego Ninjago Movie, was met with middling box office and tepid reviews, The Lego Batman Movie – released earlier that same year – was an unqualified success. This smart and irreverent take on the Caped Crusader mythos was a welcome change of pace for fans who had been burned by the previous year’s sludgefest, Batman v Superman: Dawn of Justice.

Even the small screen Lego Star Wars escapades manage to craft some genuinely humorous skits and scenarios, many derived from classic moments in the original trilogy (and to a lesser extent, the prequels). Originally only licensed from 1999 – 2008, the Lego Group have extended their corporate relationship with Lucasfilm Ltd. multiple times since. They must have known when they were on to a good thing, judging by the numerous Star Wars-branded short films, plus TV specials and series that have been made.

While acquiring the rights to those beloved properties has certainly been a key factor in their multimedia domination (Lego Marvel is another product crossover) there’s an additional and equally important component which can be attributed to the company’s success beyond the toyline – imagination. Just as a child (or indeed any adult) has hunkered down to turn a pile of random blocks and shapes into anything they can conjure up, in a similar sense, the cinematic and small screen interpretations of Lego have ran with this philosophy, too. While still having to apply some narrative structure, the creatives behind these projects aren’t straightjacketed by the same constraints of say, the live-action DCEU, and visually they’re much freer to experiment and (literally) destroy and rebuild the Lego worlds they create, which makes for a satisfying visual experience.

It remains to be seen just where screen Lego will go after next year’s sequel to The Lego Movie and the third spin-off from the main features (entitled The Billion Brick Race), due in 2019. There’s infinite creative directions kids can take when playing with the toys, so why should it be different for this format? Will we see the appearance of films based on the more detailed and intricate Lego ranges designed for an older fanbase? Will there be a 15-certificate Lego film at some point? Whatever direction the company choose to go in, it’s pretty safe to say that if the Lego cinematic universe adheres to that same winning formula as the toy division, the possibilities are pretty much endless. 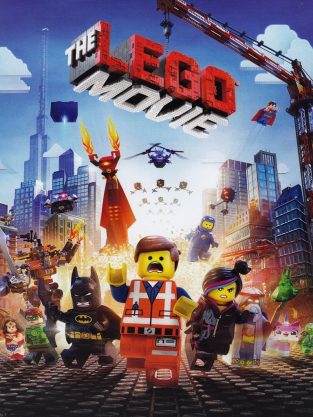