Dear diary. In true Bridget Jones fashion, I am actually nursing a mild hangover whilst writing this diary entry in preparation for the twentieth anniversary festivities to celebrate Bridget Jones’s Diary’s UK release on 4 April 2001. So, has the film aged well, like a fine wine that poncy Mark Darcy might enjoy, or has it turned to gloop, like the blue soup Bridge served on her birthday? I’d say that while it might not be a vintage to rival the Cheval Blanc 1947 it is no Blue Nun. Bridget Jones’s Diary was written by Helen Fielding, an upper-middle-class white woman who based many of Bridget’s adventures on her own life and those of her friends (including Hugh Grant and the film’s director Sharon Maguire).

It is also loosely based on Jane Austen’s Pride and Prejudice, the 1995 BBC adaptation of which had garnered a new generation of adoring fans. Written a year later, Fielding’s book had great fun naming one of its lead characters Mark Darcy, who we meet standing moodily at the fireplace in a country home. The film took this parallel a genius step further, by getting Colin Firth (Mr Darcy in the Beeb’s series) to play Mark. In fact, all three leads are excellent: Firth as the grumpy lawyer and love interest, Hugh Grant as dashing and dastardly Daniel Cleaver and of course Renee Zellweger as the hapless heroine.

A furore broke out in the British tabloids when the Texan was named as the celluloid Bridget, but Zellweger absolutely nailed both the British accent and the character. She piled on a few pounds (basically going from skeletally thin to a UK size 10-12) and turned in a bravura performance, revelling in the chance to showcase her comedic skills and deservedly scooping up an Oscar nomination. There is much to like about this film. Jim Broadbent is his usual adorable self as Bridget’s dad, Salman Rushdie and Jeffrey Archer allow themselves to be made fun of during their brief cameos, and any single person will sympathise with Bridget’s plight as she is set up on dates and constantly quizzed about her sex life or lack thereof. 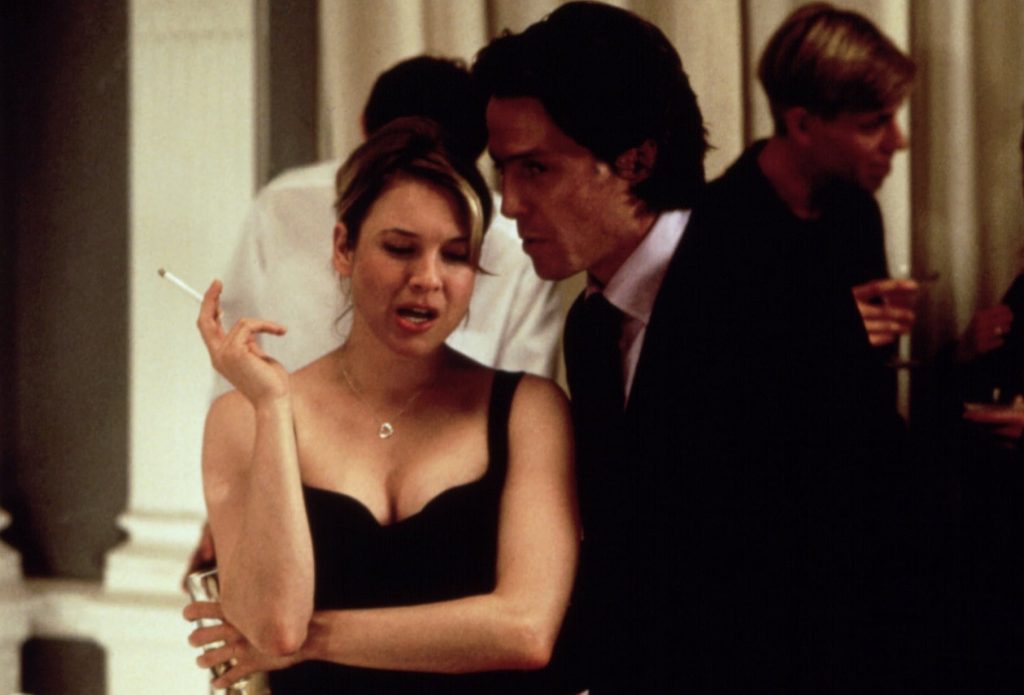 Both the book and the film enjoyed huge success, leading not just to further Bridget Jones adventures but to a slew of TV shows and rom coms whose female protagonists were allowed to be a little more flawed and a lot more human thanks to Bridget. So, in honour of Bridget Jones, uncork a bottle of Chardonnay, concoct a meal of blue soup, omelette and marmalade (but maybe just eat the omelette), and don’t take yourself – or this film – too seriously.