Putting together this top ten has made it clear to me just how strong a year 2018 has been already. There were a few painful omissions from the list and so many I haven’t even gotten around to watching yet. Even arranging these remaining five into order was a difficult task, but we all have our crosses to bear. And so, I give you, HotCorn’s top five shows of the year so far…

Atlanta ­­– It’s been a good year or so for Donald Glover, stealing the show in Solo as Lando Calrissian, winning a Grammy for ‘Redbone’ off his critically acclaimed Awaken, My Love! and going viral with the astounding video for ‘This Is America’. To top all this off with somehow improving on the already brilliant first season of Atlanta would have seemed a ridiculous feat, but he managed it. Constantly defying categorisation, each episode of this whirlwind journey through Atlanta’s rap scene marked out Glover as a truly rare talent, hopping from comedy to drama to horror without skipping a beat. It’s got heart, it’s got a conscience and it’s got one ginormous funny bone.

The Good Place ­– Michael Schur’s afterlife sitcom was already one of our favourite shows of 2017, even before its game-changing finale [SPOILER ALERT] burnt the whole thing to the ground. That audacious move left a huge question mark about how effectively it could continue on through a second season, but it continues to go from strength to strength, at times seeming like Schur is tearing it all up just to challenge himself. The latter half of season two featured great guest turns from Maya Rudolph and Jason Mantzoukas (Derek!), Ted Danson back behind a bar and Schur’s biggest reset since that evil cackle.

Baskets – I can’t think of any other show that so uniquely and completely reflects its creator as Baskets. At times, it feels like the weariest sigh, slumped and resigned in the face of life’s refusal to stop sucking. Other times, it leans into the suck and finds companionship and camaraderie in it all. And in the midst of all this, it’s utterly and ridiculously hilarious, as much a clown as its central character, Chip. Chip’s an ass, as is his twin brother Dale, but there’s something boundlessly sympathetic about these deluded asses that’s both weirdly touching and horribly cringeworthy. Season three sees the brothers disastrously attempt to open a rodeo with their mother Christine, played by the wonderful Louie Anderson in what must be one of the year’s best performances. Baskets is a rare gem that can elicit a tear as easily as a guffaw, but never feels like it’s trying to.

Bob’s Burgers – Few animated shows come into the world as fully formed as Bob’s Burgers and then stay at that level. True, its first season was a little hit and miss, but since then, it’s been consistently one of the most enjoyable shows on TV. I can happily rewatch episodes again and again, returning to them as a sure-fire way to make the world feel like a better place. So, it’s no small matter that I consider season eight to be the best the show has produced to date. Some episodes felt like classics right from the off: Louise’s Mission: Impossible-esque attempts to get her trading cards back, Linda’s Mothers’ Day mom-nipotence, that disastrous beach wedding in the finale. Bob’s Burgers has reached a level where it doesn’t need to try so hard to make us love it. The fact that it continues to only makes us love it more.

The Terror – From its first episode, it was clear that The Terror was something special, a show that found incredibly inventive and horribly appropriate ways to interpret its title. As two British ships get stuck in the ice on their expedition to find the Northwest Passage, they find they’re surrounded by many kinds of terror, from the beast that stalks the ships, to something more internal and every bit as lethal. Jared Harris, Tobias Menzies and Ciaran Hinds all deliver career-best performances as the leaders of the expedition and there’s not a single weak link in the enormous ensemble cast, but the unsung heroes of this show are its women, particularly Greta Scacchi as Hinds’ resolute wife and Nive Nielsen as the mysterious Lady Silence. 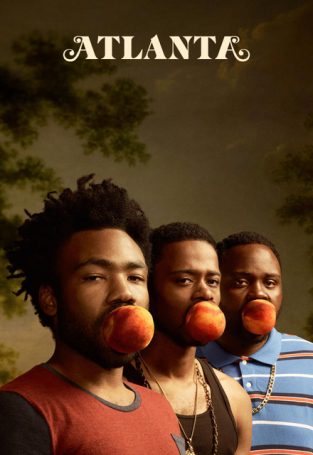