To be completely honest, we weren’t particularly sold on Ready Player One after watching the trailer. Even with Steven Spielberg at the helm, it seemed a little too convoluted, and maybe, just maybe, too ambitious an undertaking, even for this venerable filmmaker. And yet Spielberg has triumphed yet again, proving that no matter how complex and monumental a narrative may be, if you can inject the right amount of enchantment, complete with a playful touch, it’s enough to get the viewer on board. And we were on board. 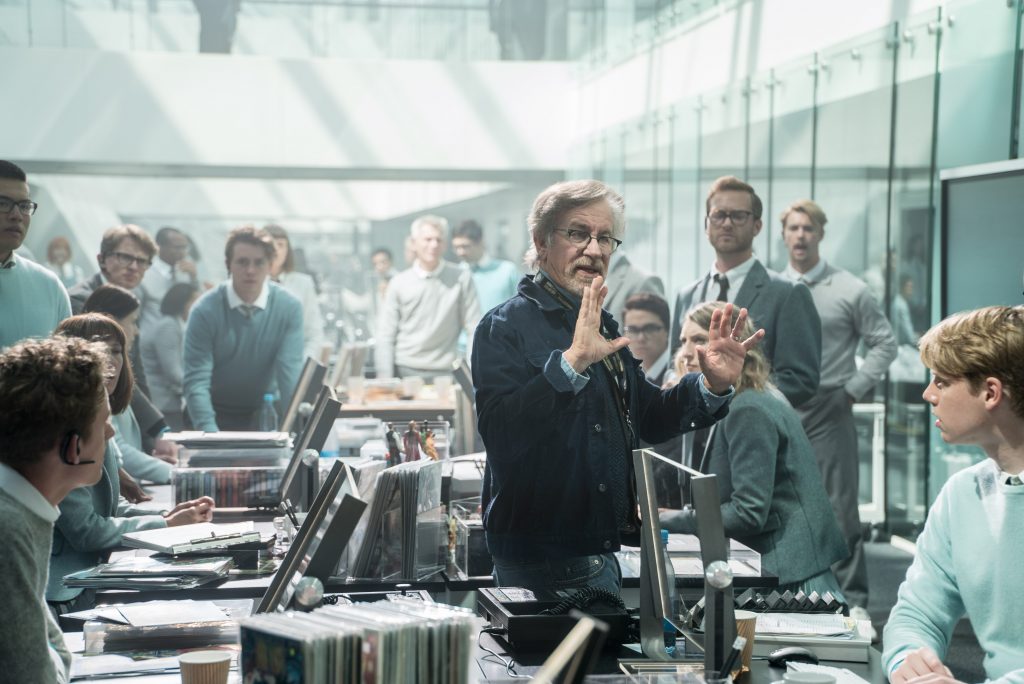 We all knew Spielberg was a magician after the sequence in E.T. when our heroes on bikes suddenly take flight. Arguably the most magic moment in cinema history, and was emblematic of a filmmaker who can evoke this sense of glorious mesmerism, where the hairs on the back of your neck stand tall, as if giving the director an ovation he so definitely deserves. So when indulged in Ready Player One, having such a brilliant time as became wide-eyed teenagers all over again, it begged the question; why did we ever doubt him? 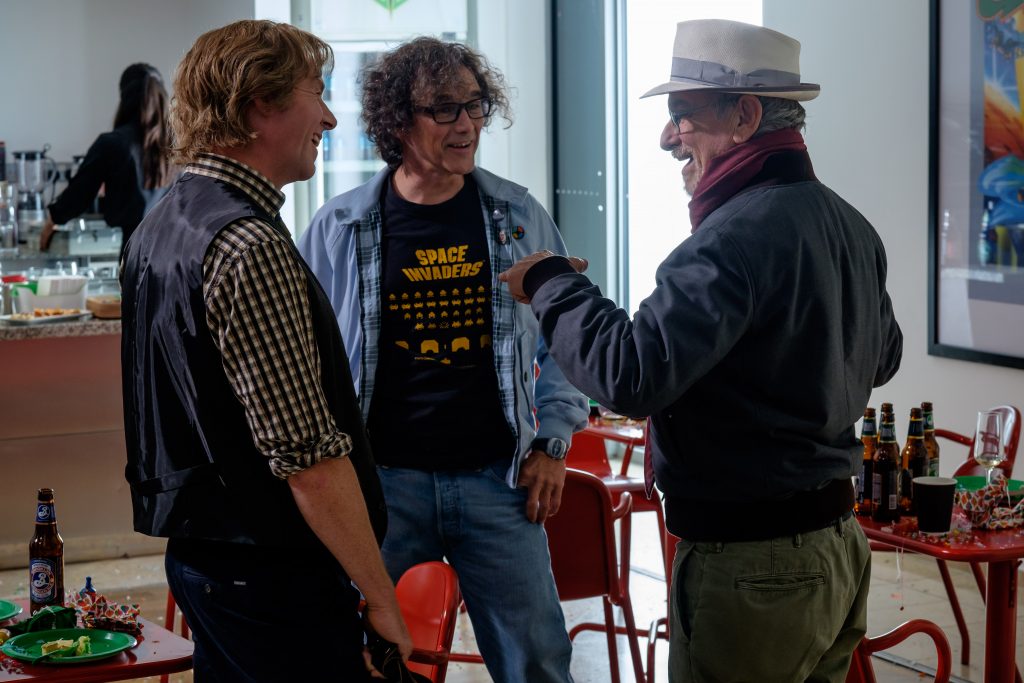 Based on Ernest Cline’s popular novel, we dive into Ohio in 2045 where a game entitled OASIS has taken over – a virtual reality world that allows its users to be transported to this mystical environment, where they live vicariously through their personally created avatar. The visionary James Halliday (Mark Rylance), who invented the game, leaves behind a challenge when he passes away, for a player to to unlock his meticulously laid out clues, with the winner crowned the heir to his humungous fortune. Players Parzival (Wade Watts) and Art3mis (Olivia Cooke) team up to complete the challenge – though they must do so before the nefarious businessman Nolan Sorrento (Ben Mendelsohn) gets there first.. 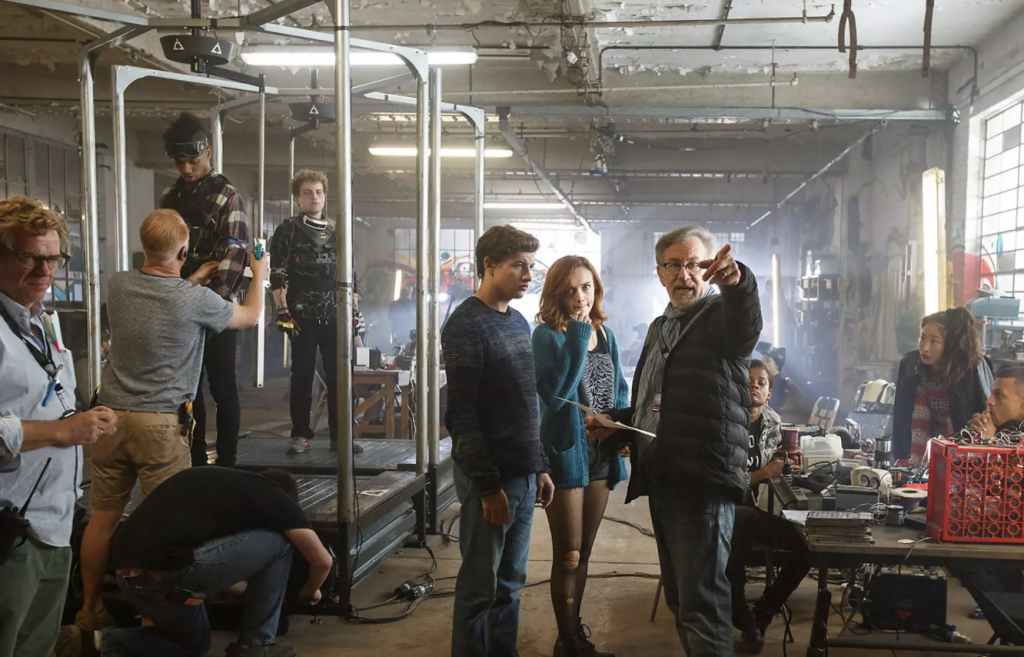 Spielberg is a character actor, first and foremost, and that gives this film so much heart, for while we’re navigating our way around this huge landscape that is the OASIS, we connect to the protagonists on much more subtle, human terms, as the romantic narrative concerning the two leads is beautifully well-judged. Though that said, much of the film’s soul comes through Mark Rylance. It’s his eyes. They’re so sad. 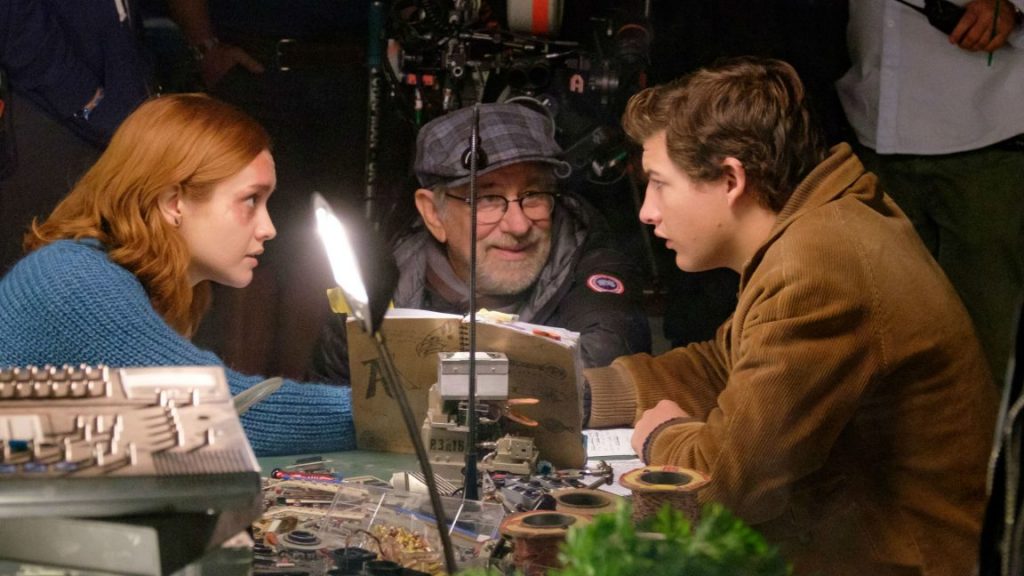 Brimming with nostalgia – helped along by the numerous pop-culture references, at the same time Ready Player One also does come with a message, scrutinising over the virtual world we’re inhabiting, the way we put so much of ourselves online, and become so immersed in these futile fantasies – and yet while somewhat pointed in its satire, it remains a celebration and a true love letter to the modern culture of video games. 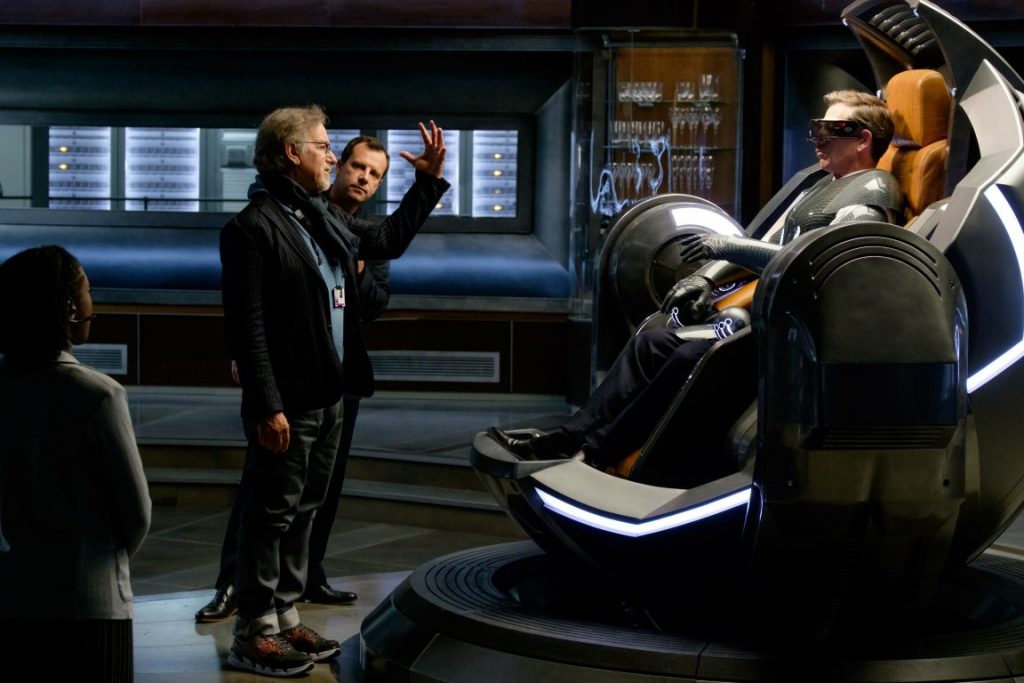 So there we have it. Spielberg has done it again. He has presented another film with an unashamed commitment to entertainment. The more cynical viewer would have a lot to turn their nose up at here, but if you let yourself go along for the ride, then you won’t regret it. 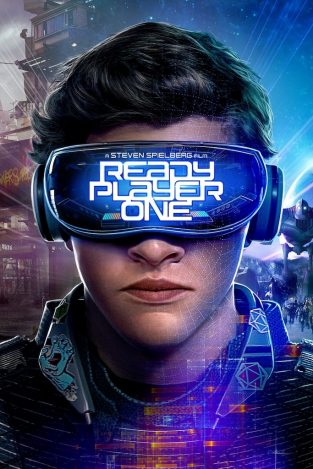