As soon as the credits rolled at the end of Jurassic Park III in 2001, there was an overall sense that we were now content with the closure of this particular, treasured cinematic property. As a franchise, it had exhausted all possibilities across its three instalments, which progressively got worse with each passing endeavour. Naturally, Hollywood studios aren’t particularly fussed as to whether we truly need more movies or not, they’re more concerned by box office receipts – and when dealing with such a familiar universe so steeped in cinematic tradition and rich in nostalgia, it guarantees bums on seats. People want to return to worlds they know, to revisit characters they remember, particularly when connected to our own childhoods. This led to a reboot of the series with Jurassic World three years ago, and now its subsequent sequel Fallen Kingdom. 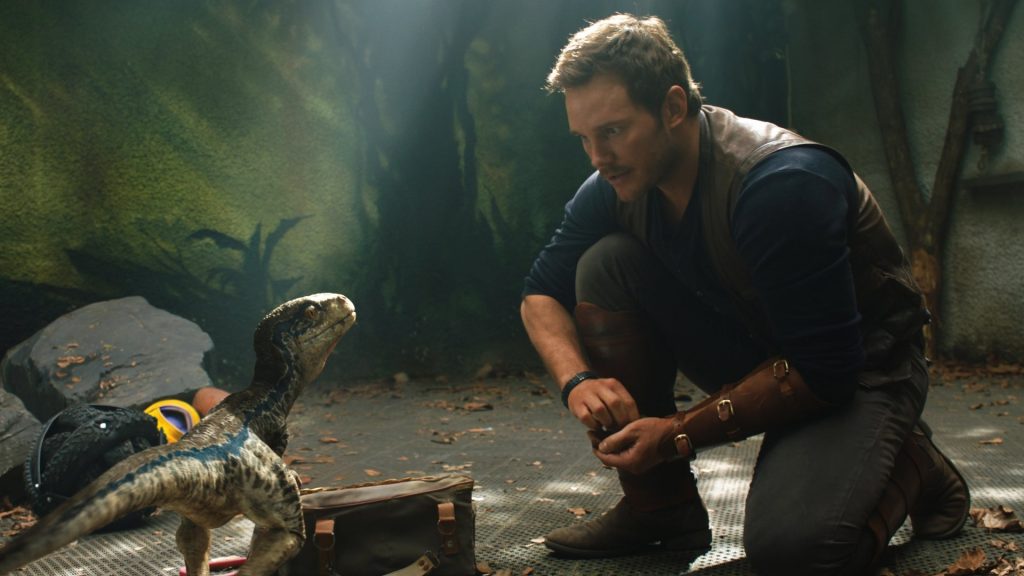 But we’re just going over old ground, and what’s worse, is this incredibly frustrating inclination to strive tirelessly to be bigger than what came before. I mean, there’s a San Andreas sequel in the works – and what follows the biggest earthquake of all time? Another one? It’s a similar sentiment here with Jurassic Park, and while we’re firm advocates of the notion that less can be more, sadly blockbuster filmmakers don’t seem to agree, and J.A. Bayona – who steps in for the departing Colin Trevorrow – is guilty of doing just that. 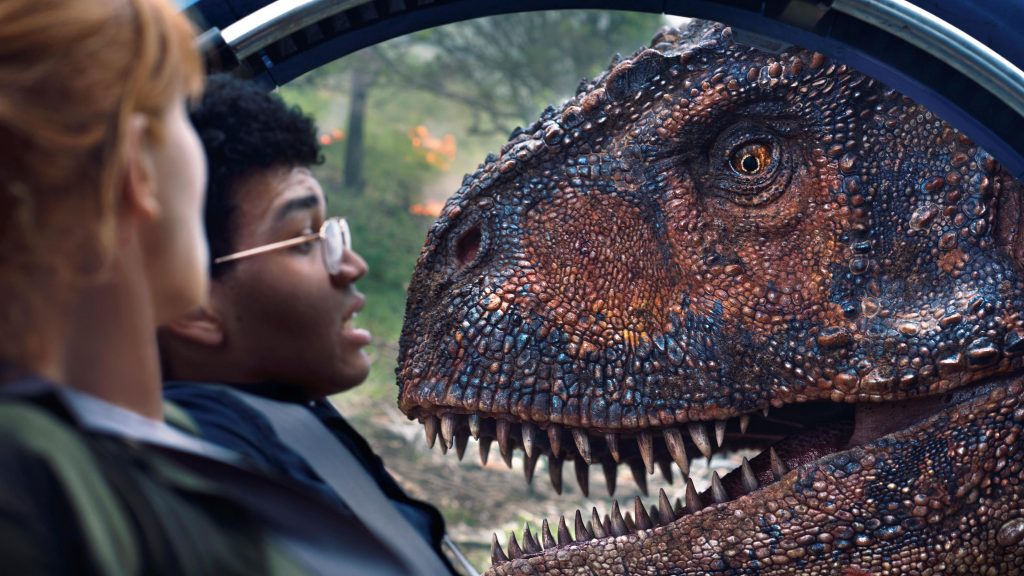 The original 1993 feature by Steven Spielberg did maintain a strand of believability. Bear with us here, we are fully aware this is a film all about the revival of dinosaurs, but it was left in the hands of a master storyteller, and we were as invested as we were listening to our parents tell us fantastic stories before we went to bed, hanging on their every word. Suspending disbelief can be done, but there are limits, and this latest production simply doesn’t know where the barrier is. Look away now if you don’t want any spoilers –  but this feature is staggeringly fatuous, and completely and utterly absurd. Now we have volcanos, new genetically formed breeds of dinosaurs, and human clones. All that’s left is a big alien invasion of Isla Nubar and we can watch a velociraptor go head to head with a martian. 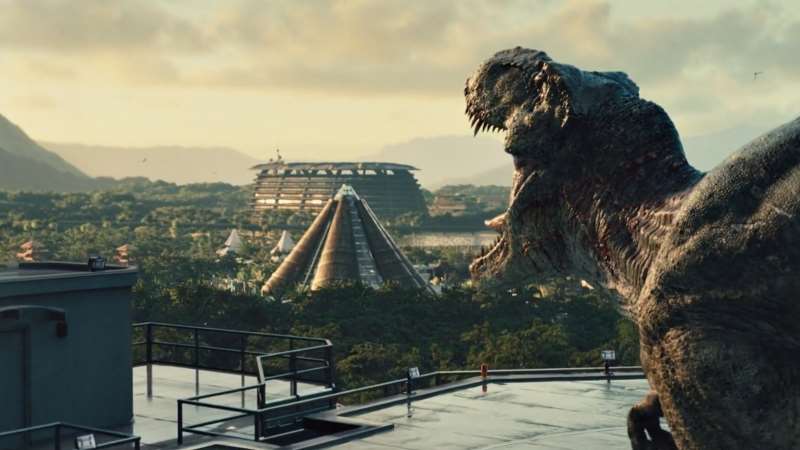 Problem is, if this franchise continues, this is the sort of rubbish we’ll be subjected to, as they’re always vying to take the series to the next level, distancing itself even further from the sheer brilliance of the original movie, which isn’t a wise move considering that’s still head and shoulders above every film that has come since. So then you think, let’s take it in a completely different direction, change the pace entirely to justify its existence. But then you risk alienating the crowd who have bought their tickets off the back of an inbuilt nostalgia, which effectively rules out the majority of the audience. 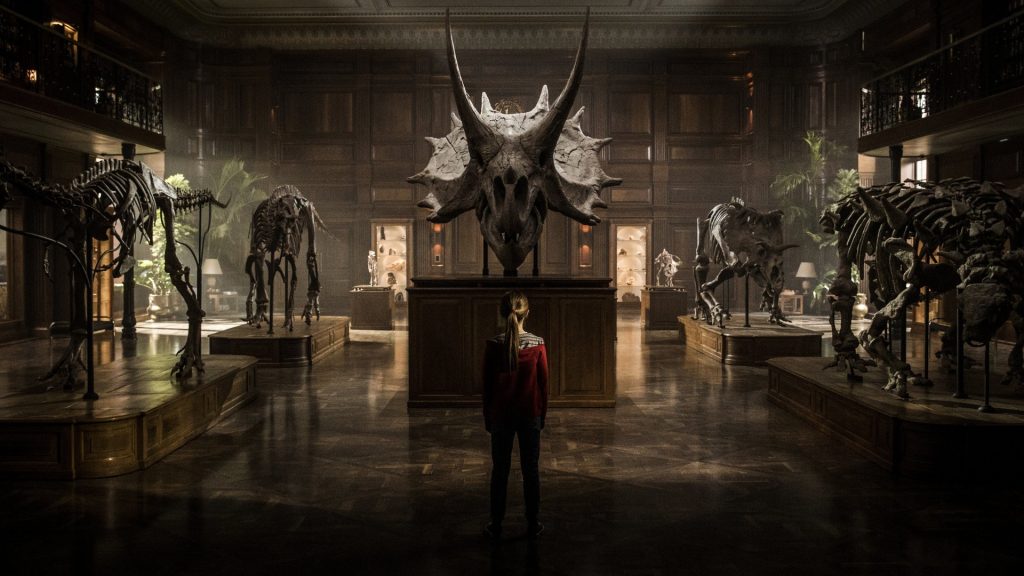 This unrelenting approach, which assaults our senses from the first moment to the last, also makes it difficult to remember any one scene in particular. In the first film we had the water moment, or the kitchen scene, while The Lost World has that breathtaking scene where our protagonists very almost fell through a window to their death. But here, it’s one after the other, a scattergun approach to action set-pieces that eventually just merge into one. It’s a shame the film didn’t perhaps go down a more profound route, stepping away from the mindless action scenes to focus on the forthcoming, second extinction of the dinosaurs. I mean, Bayona is a director that made us cry uncontrollably in both of his last two features The Impossible and A Monster Calls, and you’d bet money that he’d tug on our heartstrings yet again. Here, the only tears come from looking down at your watch and seeing how much time is left until it’s over. 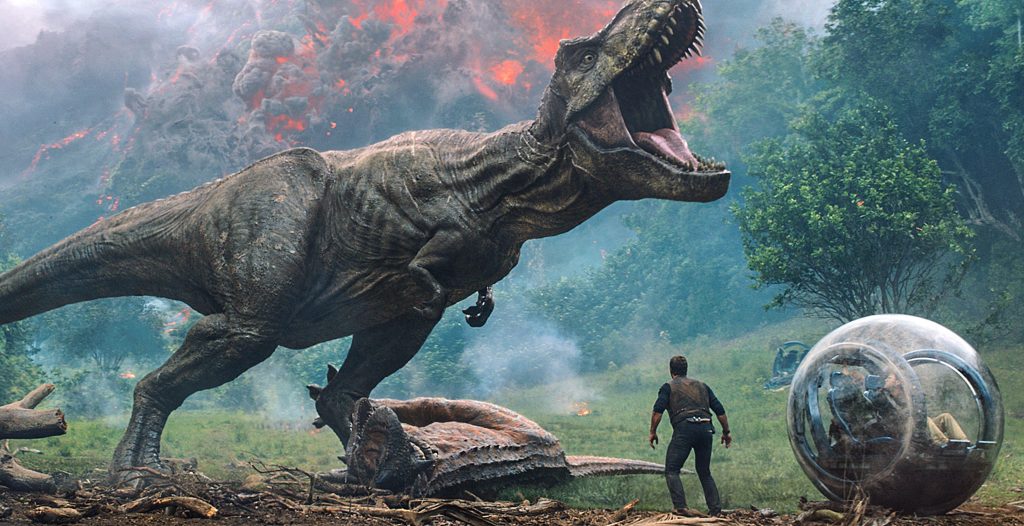 There is fun to be had, let’s not forget that – the final hour is just non-stop and doesn’t offer any respite, and many film fans will undoubtedly enjoy the experience, but this is a franchise that should do more than merely entertain. This isn’t just Liam Neeson on some form of transport trying to stop a ticking bomb, this is a Jurassic Park movie, and with that name and brand behind it, we rightfully expect more than we’ve been served. 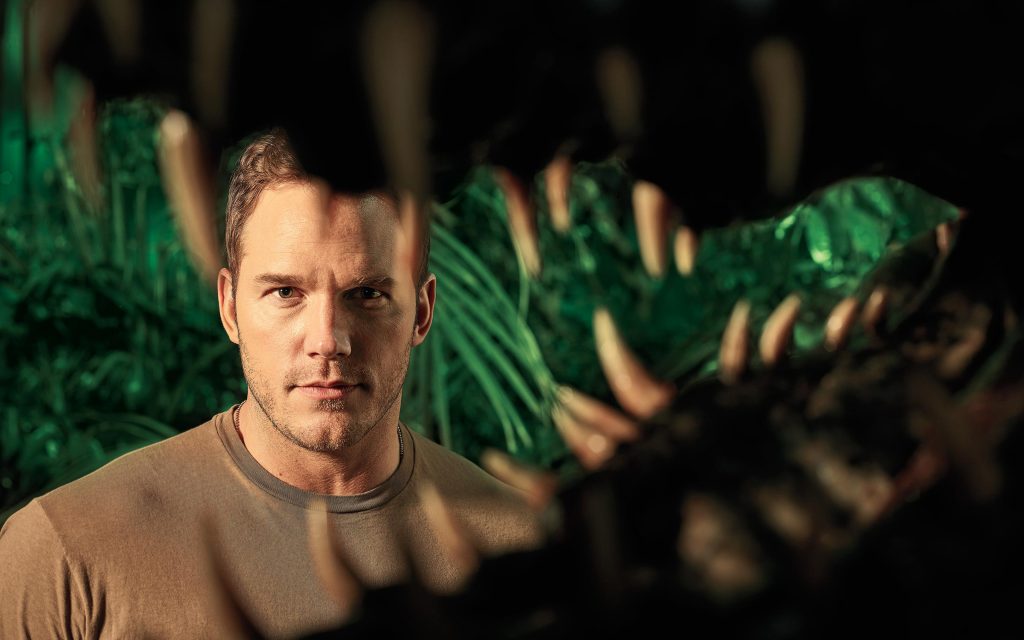 One of the arguments for keeping the franchise going is the new means of technology, and what we now have available to us to enrich this universe and yet the animatronics from the original film are actually more believable. But hey, at least Jeff Goldblum is back. But be warned, his screen time lasts about two minutes. With his involvement, and with the very title of the film, it’s likely this film will make money. As such, it’s likely, unfortunately, that we will have another Jurassic World film in the pipeline. Do we need it? No. Do we even want it? No. But will we go and see it? Absolutely. And herein lies the problem. 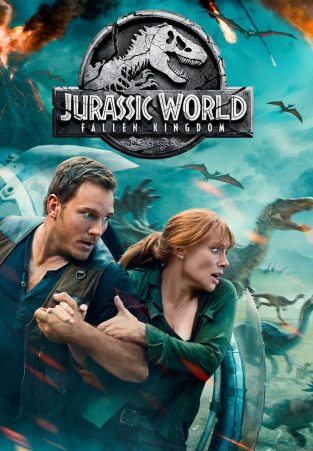