Yorgos Lanthimos brought his phenomenal The Favourite to Venice, with a stupendous cast that brought together a triumvirate of female talent in Olivia Colman, Rachel Weisz and Emma Stone. Based on the true account of two cousins vying to become Queen Anne’s favourite, Stone spoke about the experience in the press conference. We were there. 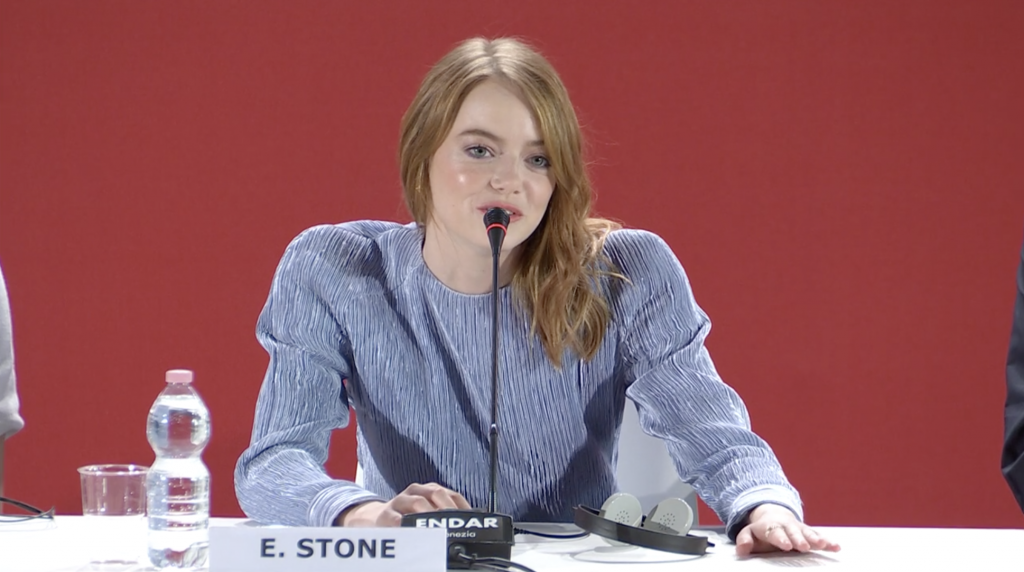 THE ROLE – “My role in The Favourite is more observational than conversational and I loved it. Initially I didn’t fully understand what was expected of me but as we worked through the film and the plot, I was able to gradually understand the character and how to play it. It’s fantastic not to talk though, I’d love to have a role where I don’t have to speak at all and I’m sure a lot of people would love that, too.” 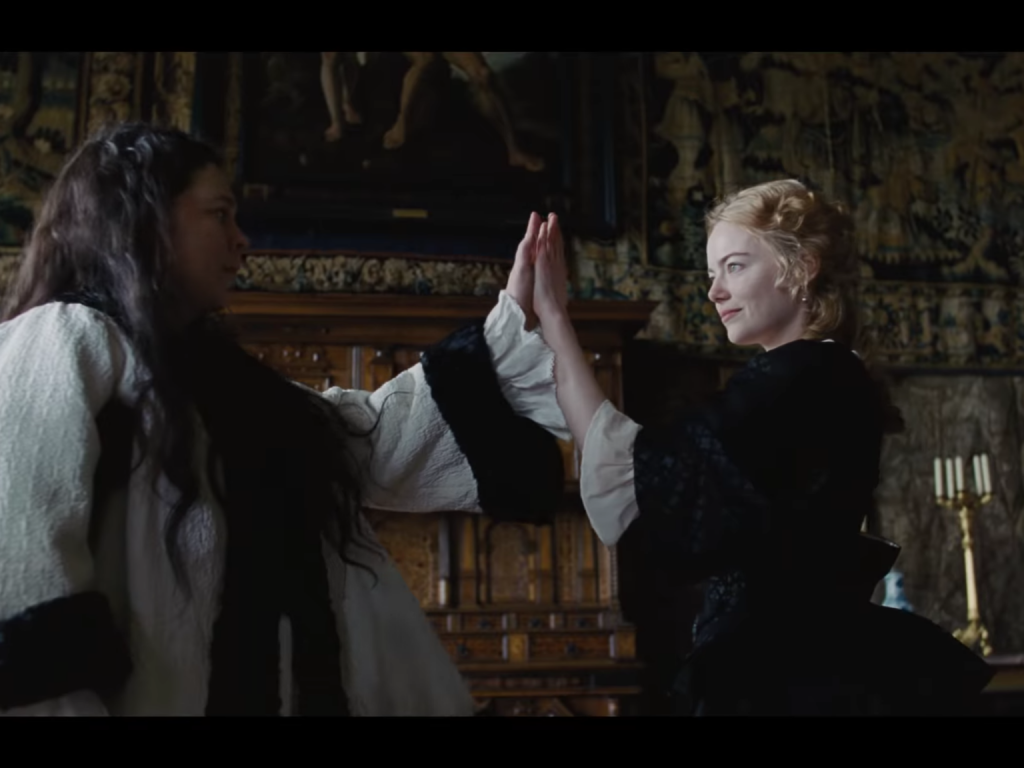 THE CHARACTER – “Abigail Masham, Baroness Masham, is a survivor, she’s had to overcome a lot of tribulations. Personal challenges were being the only American in the cast (accent) and corsets (not being able to breathe). We had a three-week rehearsal period where we had a chance to get over feeling embarrassed around each other and to develop a friendship. So eventually when we had to have sex it was almost a natural development.” 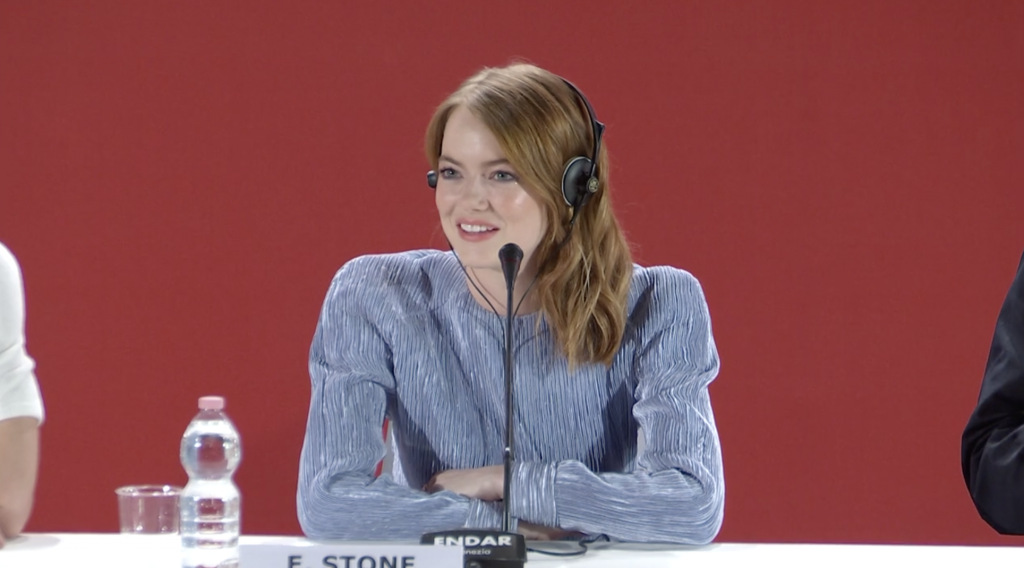 RIVALRY IN COURT VS HOLLYWOOD – “I haven’t had the chance to come up with a good answer for this one yet as someone only brought it up to me yesterday. But I’d say it’s more of a competitive feeling.”

Watch The Favourite’s big day out in Venice: